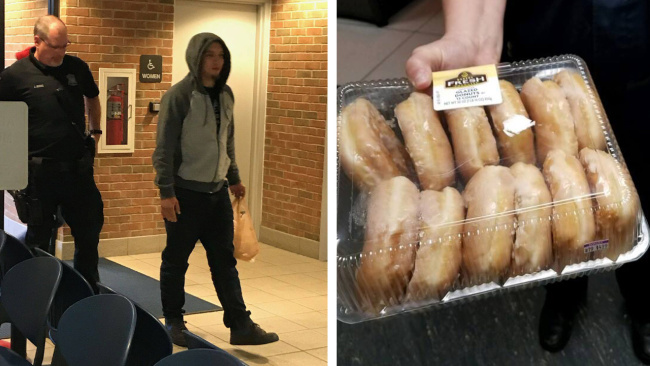 Bloke Hands Himself In To Police After Losing Bet on Facebook

You’ve got to love an honest criminal. They might not be the sharpest tool in the shed, the brightest star in the sky or the quickest wit in the west, but they’re usually pretty bloody good for entertainment and a laugh.

Without them there’d be no epic television shows like World’s Dumbest Criminals, but then, if they had the smarts they wouldn’t be doing what they do for a living.

Which, of course, brings us to today’s guest, Champagne Torino. Now, this bloke is a man who prides himself on being true to his word. It’s his bond.

Unfortunately for Champagne, one of my old man’s favourite phrases applies: ‘if his brains were dynamite, he wouldn’t have enough to blow his own f***ing head off.’ 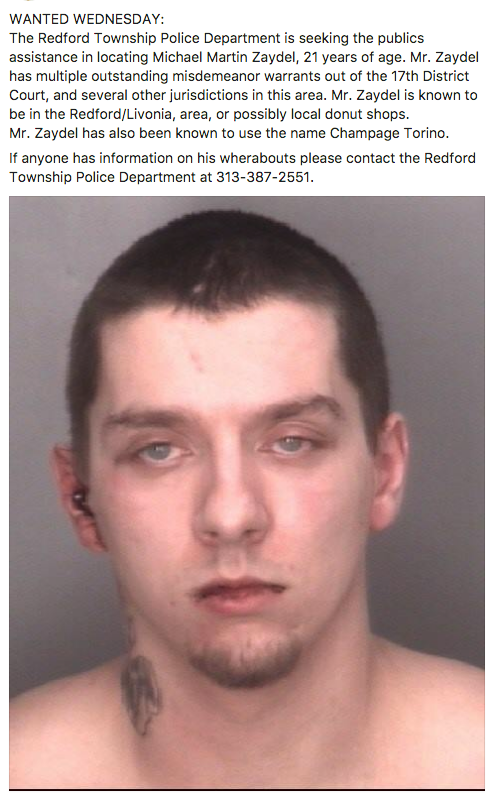 Yep, Champagne wasn’t the brightest tool in the shed but at least he’s good on his word.

So…when the local 5-0 at the Redford Township Police Department posted his none-too-flattering mug shot on Facebook and appealed for people to provide information on his whereabouts, he bet them that he’d hand himself in and buy them a dozen donuts for their troubles.

He started by telling them, “Yeah I’m not worried about it. If your next post gets a thousand shares I’ll turn myself in with a dozen doughnuts and that’s a promise.”

From there, he got cocky.

“And I’ll pick up every piece of litter around your public schools; let’s see if you can get those shares.”

Needless to say, they got the shares. Four-thousand of them in fact. Classic. 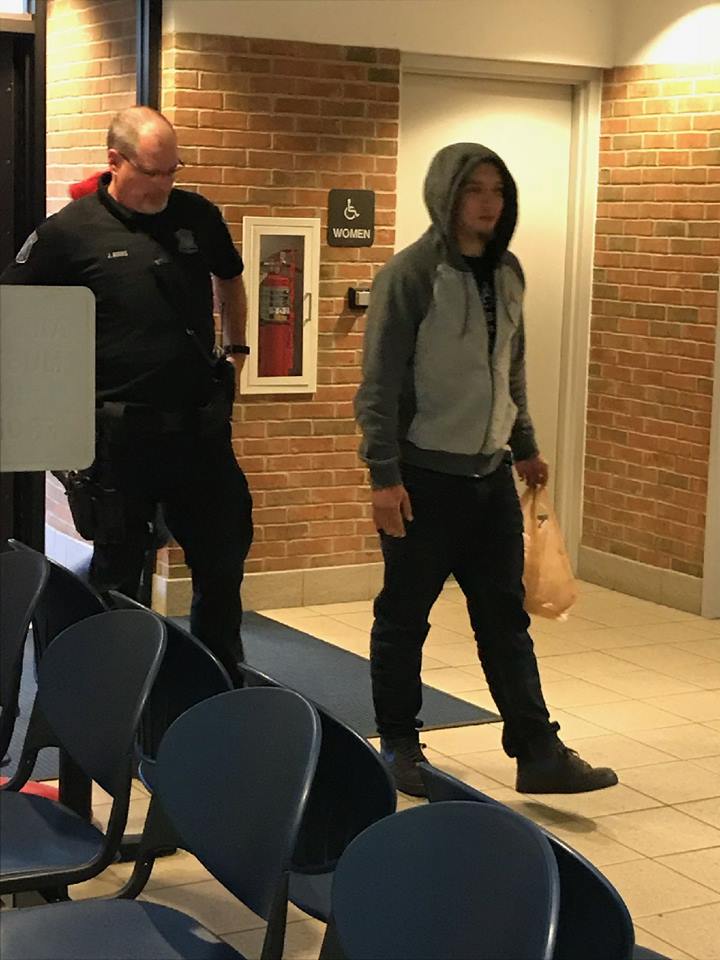 The local boys in blue were stoked with the result and posted a little thank you to the good Samaritans who shared the sh** out of Champagne’s stupidity.

“This evening at approximately 6:30 pm “Champagne Torino” made good on his promise to turn himself in to RTPD for his outstanding warrants. He walked in on his own, and not only did he bring the donuts, he brought one bagel! We would again like to express our gratitude for the support of all who followed this, shared it, and left us positive feedback.” 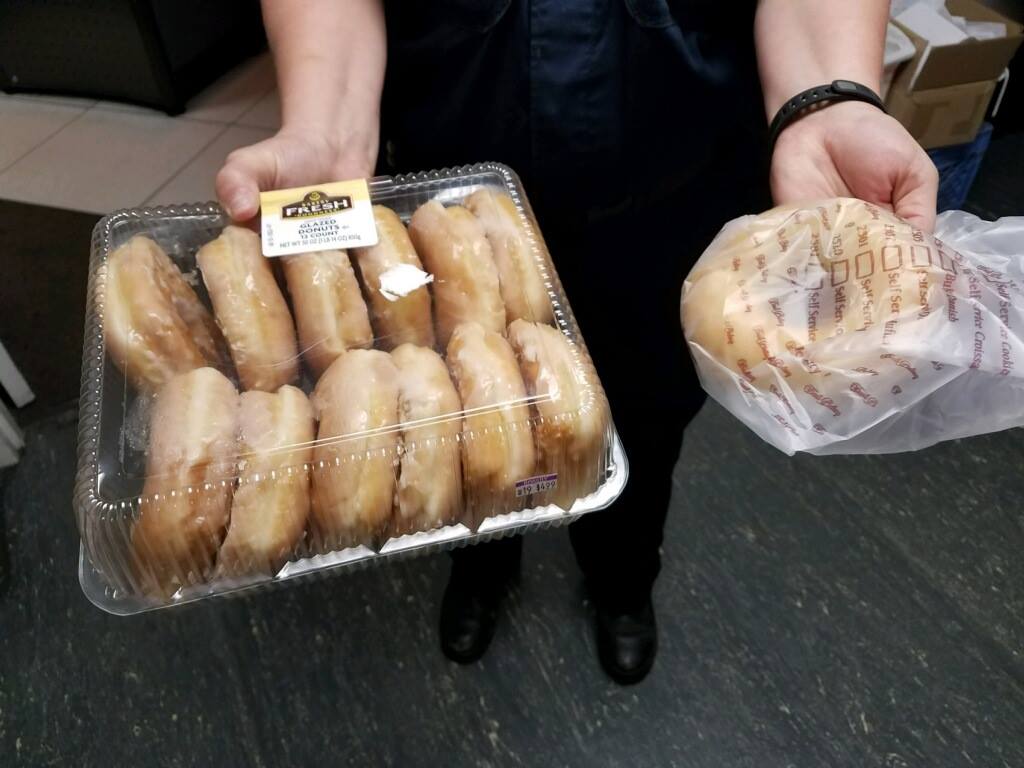 As I said, you’ve got to love an honest criminal. He turned himself in, delivered the donuts and, hopefully, he’ll be able to use this experience to turn his life around. Let’s just hope he doesn’t go into gambling. Something tells us he wouldn’t be very good at it. 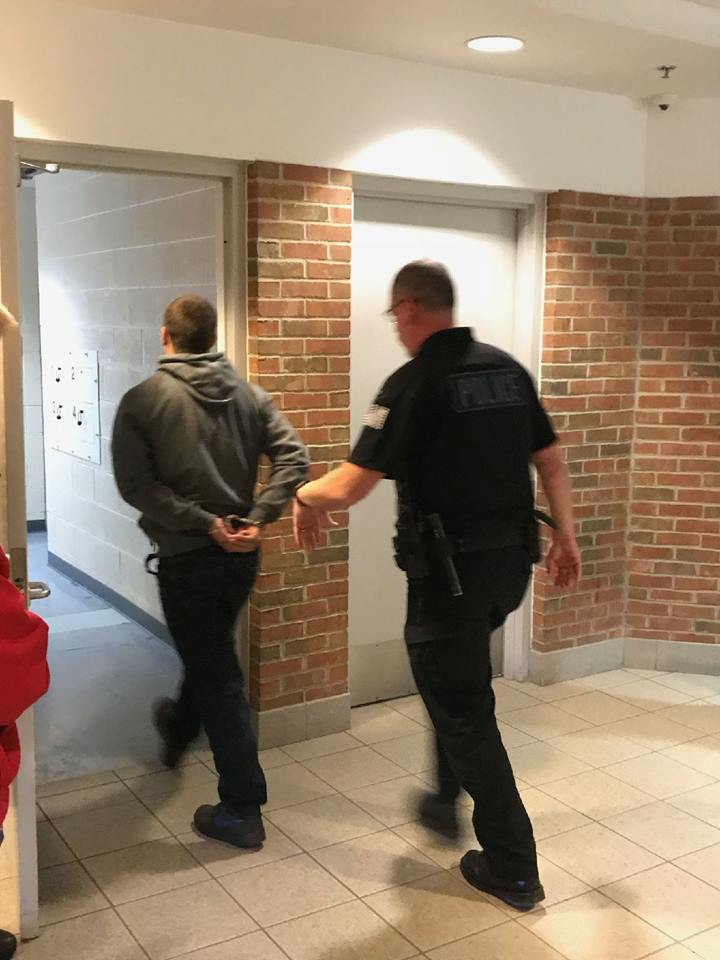 “Where’s the pantry?”
“Out back. Next to the phone books.”
Credit: Redford Township Police Department.

Whatever his next move is, he’s probably gonna have to wait until he’s picked up a lot of rubbish.