Ladies and wankers, if you need any more proof that drivers these days are getting more entitled, more likely to take risks, and less likely to give a f**k, you only need to watch this video. Thankfully, there are some heroes out there. Heroes like the guy on the motorcycle…

Right, ya wankers, help me out for a minute. I’m wondering if there’s anyone else on the road quite as entitled as an SUV driver. Part of me wants to point the finger at bus drivers, but it’s probably not fair because they’re working. Cyclists are probably worse, and we could probably say the average cabbie is too. And in their case, it’s even though they’re working… 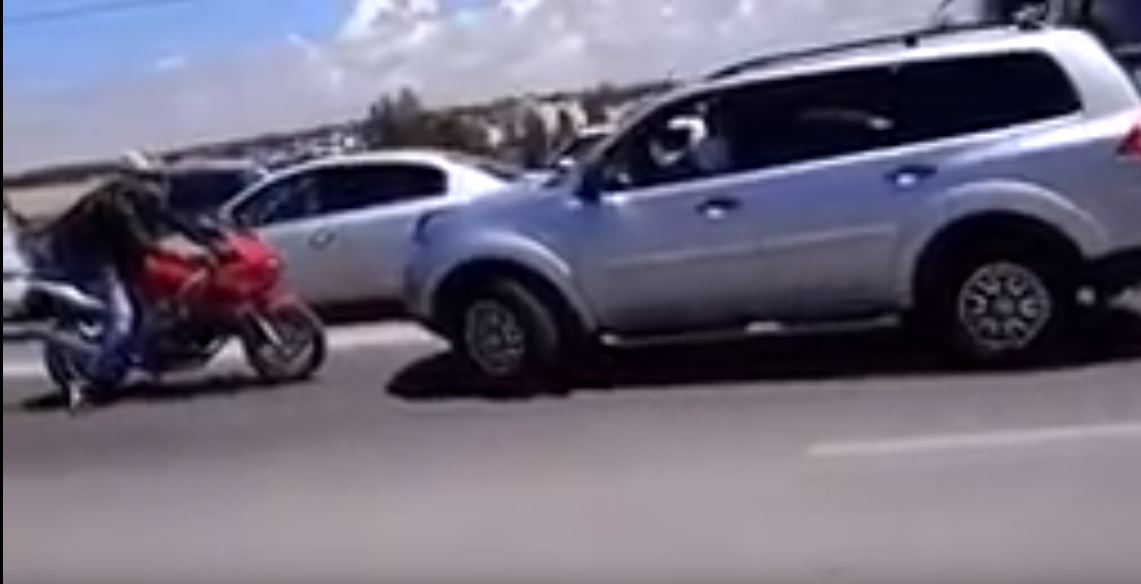 Anyway, most of us have probably seen blokes or sheilas in SUVs pulling sh*t like the driver in this video. They’ve decided they don’t particularly feel like sitting in traffic so they’ve tried to drive up the lane where traffic is supposed to be heading in the opposite direction.

Fortunately, the saying ‘heroes wear helmets’ has never been more apt. When the video opens you’ll notice that there’s a bloke on a motorbike and he is almost nose to nose with the offending vehicle. And he is not backing down either. He just keeps moving forward and it’s the SUV that reverses. 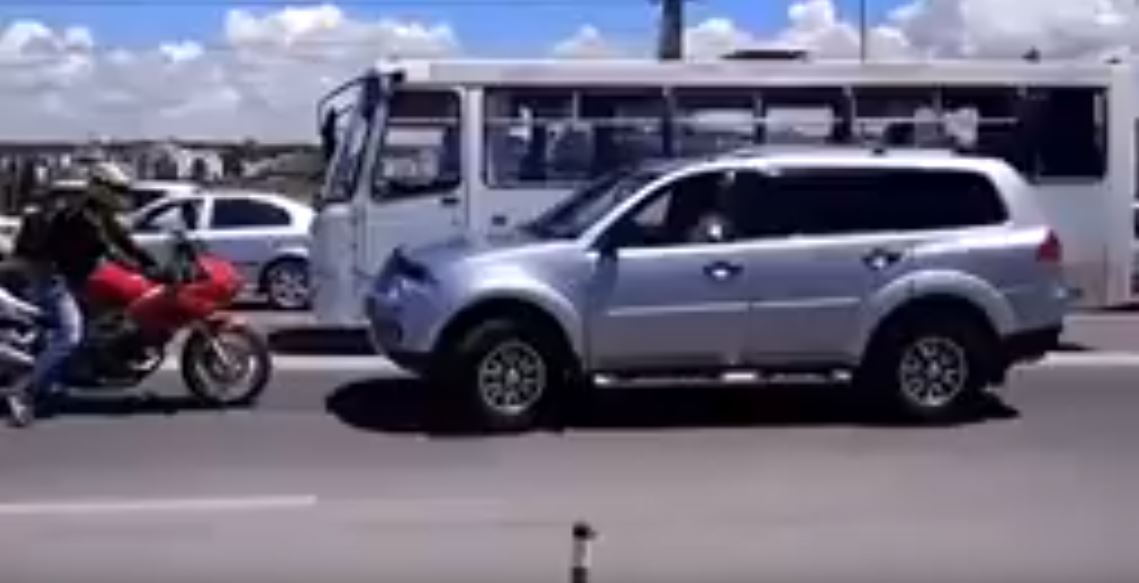 The biker’s actually got him reversing. Awesome. Credit: MakeaGIF Foundation

Either way, watch the vid and see what you think. Do ya reckon it’s fair to give the biker a top bloke award? I’m gonna nominate the prick – I reckon he’s got balls of steel – but perhaps more appropriately, the SUV driver needs a ‘good on ya’ award. 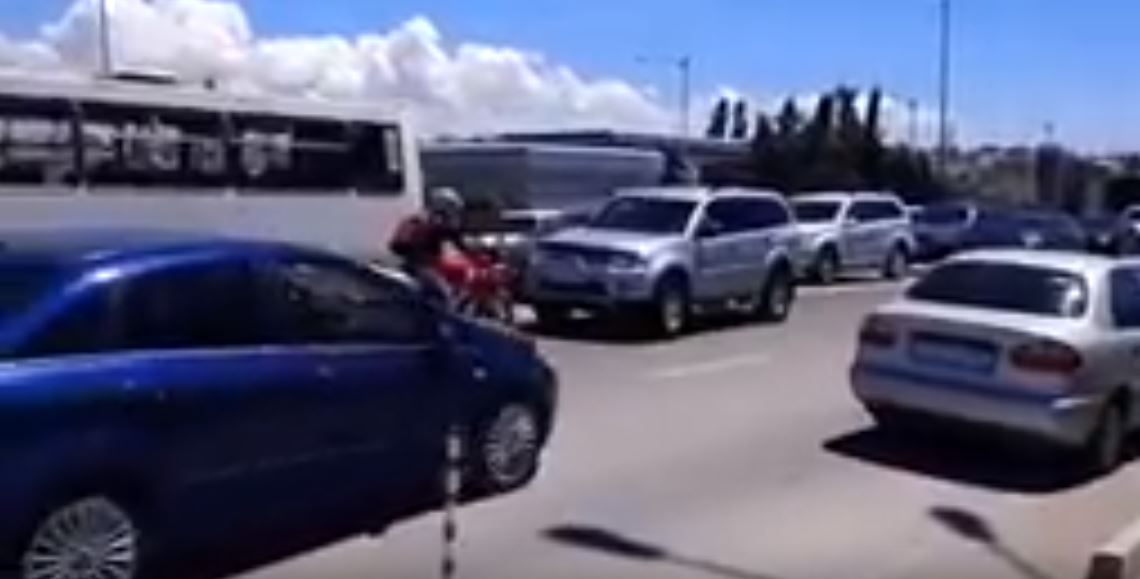 Use the bus as a measuring stick. He’s f**ked him right off. Credit: MakeaGIF Foundation

Final thought: It’s hard to come up with a good reason for this one. I mean, sure, use the shoulder of the road if you can safely get out of traffic and you’re at your turn-off, but driving into incoming traffic? That’s a bit bloody reckless.