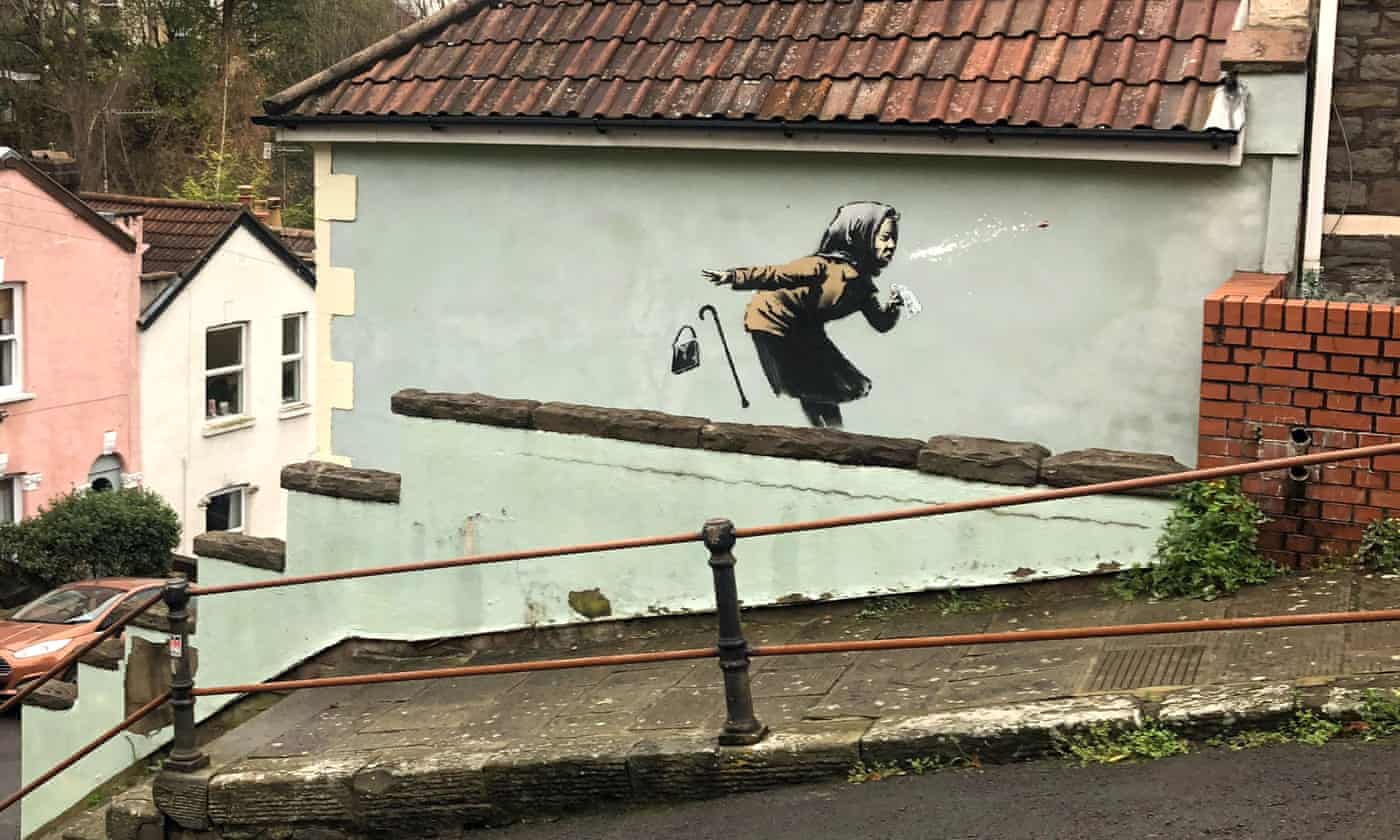 Banksy artwork appears on wall of house that’s up for sale – chaos ensues!

Bloody Banksy is at it again. The world’s most famous graffiti artist has confirmed he was behind a new artwork in Bristol in Pommyland. This time, his work seems to have been timely in more ways than one. The owners of the house were about to exchange contracts on the property, but the new piece is thought to have skyrocketed the value of the house.

We’re going to assume you know who Banksy is, so we won’t spend time on that, but for a bit of context, the new piece shows an old sheila sneezing out her false teeth. It’s not the first piece he’s unveiled during the pandemic. You might remember the sneezing rats, and you might also know about girl hula-hooping with the tyre.

This one’s been done in Bristol, and it runs beside the steepest residential street in England, Vale Street. The owners quickly had a former boarder in the house cover it with a bit of latex to preserve it from the weather and from over-eager tourists. 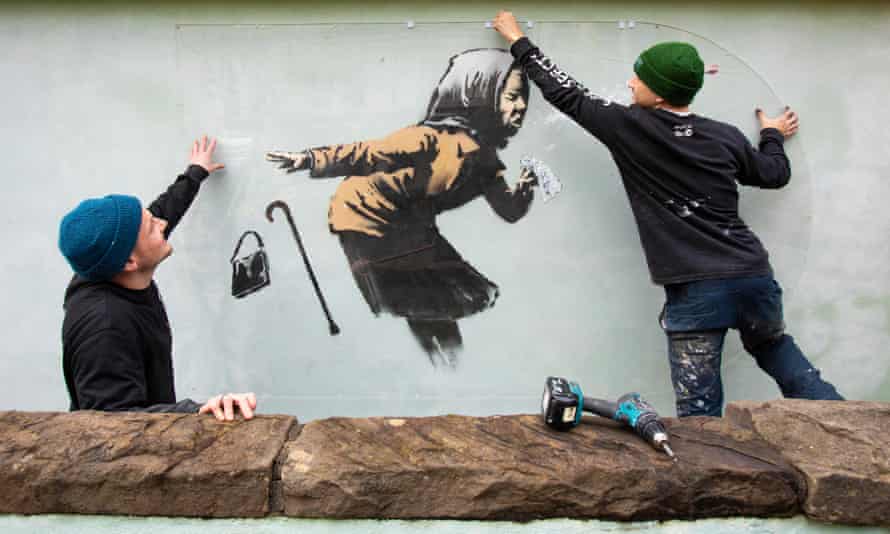 The owners of the house, who actually had a sold sign out the front of the house, reportedly told ITV News they were due to exchange contracts on the house next week, but have pulled out of the sale. Nicholas Makin, the son of the woman who owns the property said the attention is causing a bit of distress to Mum, and they’ll take their time to consider what they’ll do with it next. 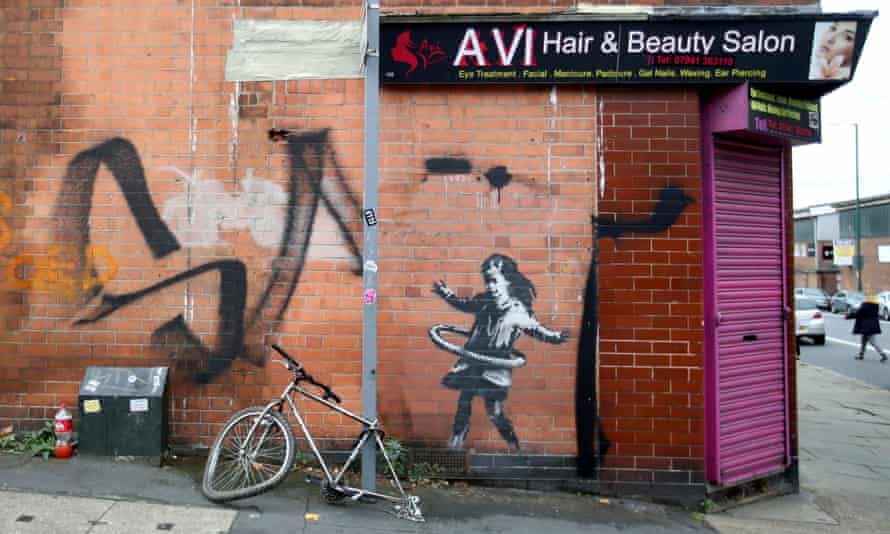 The former boarder, Fred Loosmore said, “We wanted to come up because people will deface it, and luckily we’ve got a workshop and a massive piece of acrylic we’ve got left over,” he said. “When we lived here so many people would come, especially on bikes and stuff because they were trying to do the challenge up the hills. It’s a great spot. The artwork is so nice. It’s so relevant, isn’t it?” 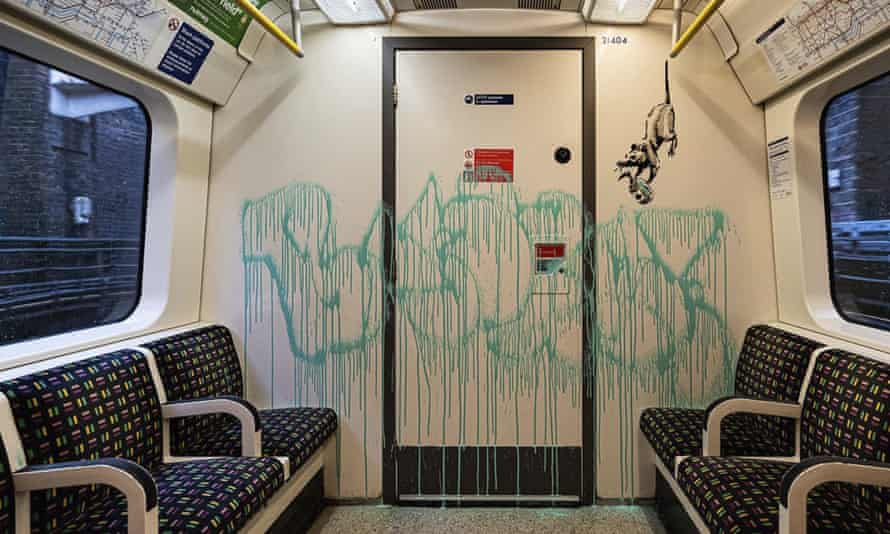 Apparently, the sale hasn’t been cancelled, even though it was put on hold for 48 hours! Nick Makin told BBC Bristol the following:

“When you wake up to tabloids saying your house is now worth £5m you’ve got to think about what you’re doing. It does increase the value, and you have to take a moment to think about it, but it’s not changing anything in terms of the house sale for us.

“Not only has it not earned us £5m, as the papers said, it’s actually cost us money to protect it,” he said. “We think it should be protected and stay where it is.”

So there you have it! We’d bloody cancel the sale, that’s for sure!

Final thought: Yeah, nah, you’ve gotta love the timing of this. It’ll be interesting to see how it all pans out, but hopefully it’ll set the owners up with a princely sum, even if it is a bit stressful for them right now. Anyway, let us know what you reckon about this piece. S**t, would you want a Banksy graffitied onto your house? We know we would!