Tom Hanks is pretty much a Hollywood legend now, right? Whether you’re talking about Forrest Gump, The Green Mile, Big, Cast Away, Saving Private Ryan, or any of the other excellent bloody movies he’s starred in, you can’t escape the fact that he’s just a top bloke. Funnily enough, his real life persona backs up the claim that he might be the nicest guy in Hollywood. Have a look at these stories from people who met him…

Before we get started, we’ll get a couple of obvious things out of the way. Keanu Reeves has also got a pretty bloody big claim on the whole nicest guy in Hollywood thing, but we’ll let you argue about who’s the best in the comments section. 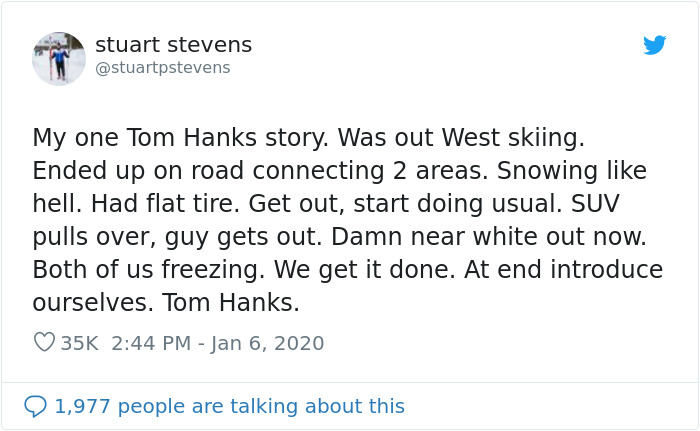 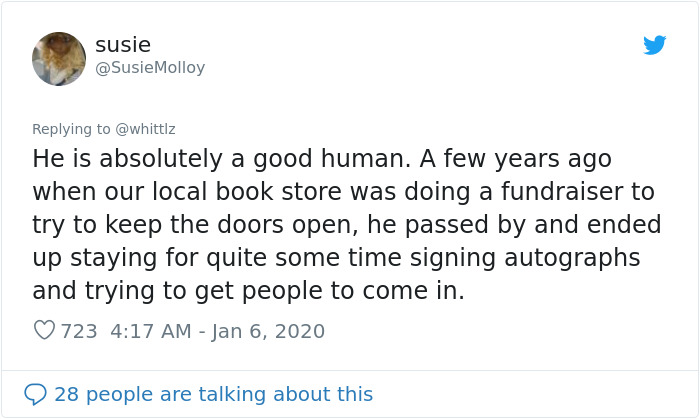 Secondly, we know the timing of this one smells a bit like PR with some of the online comments in response to Hanks’ face during Ricky Gervais’s Golden Globes speech hint at him having a ‘dark side’, but whatever. 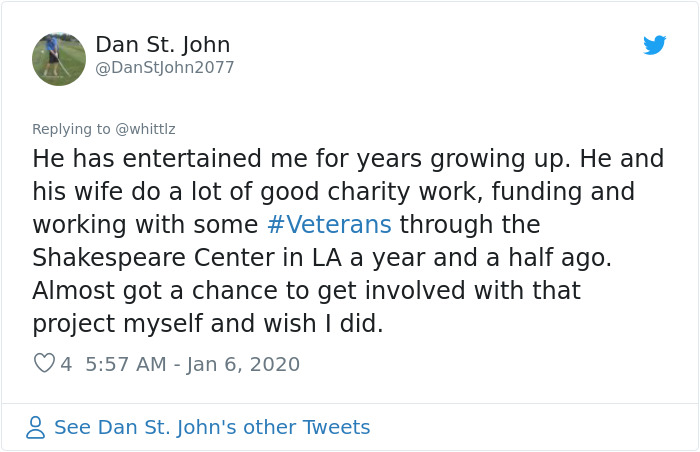 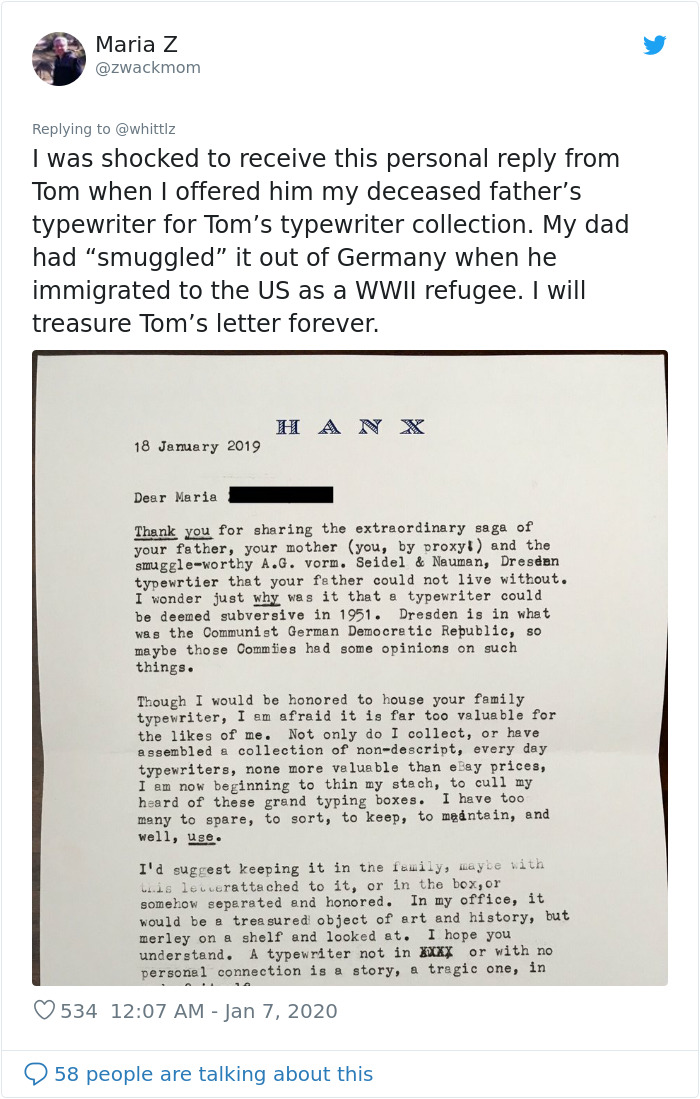 This story is about those people who’ve met the legend, usually in a happenstance kinda way. As you can see, there’s a bloody tonne of examples, and every single one of them is top quality. 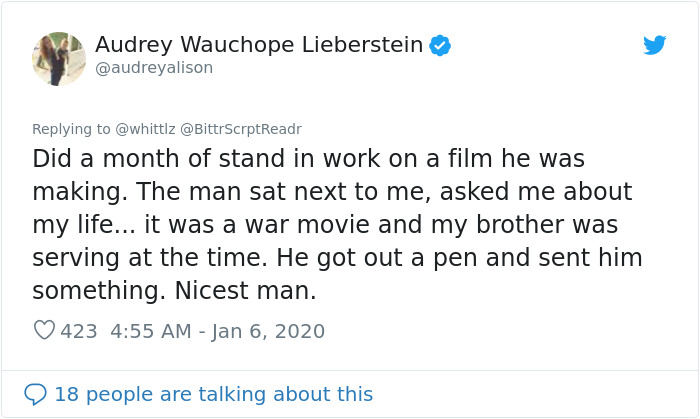 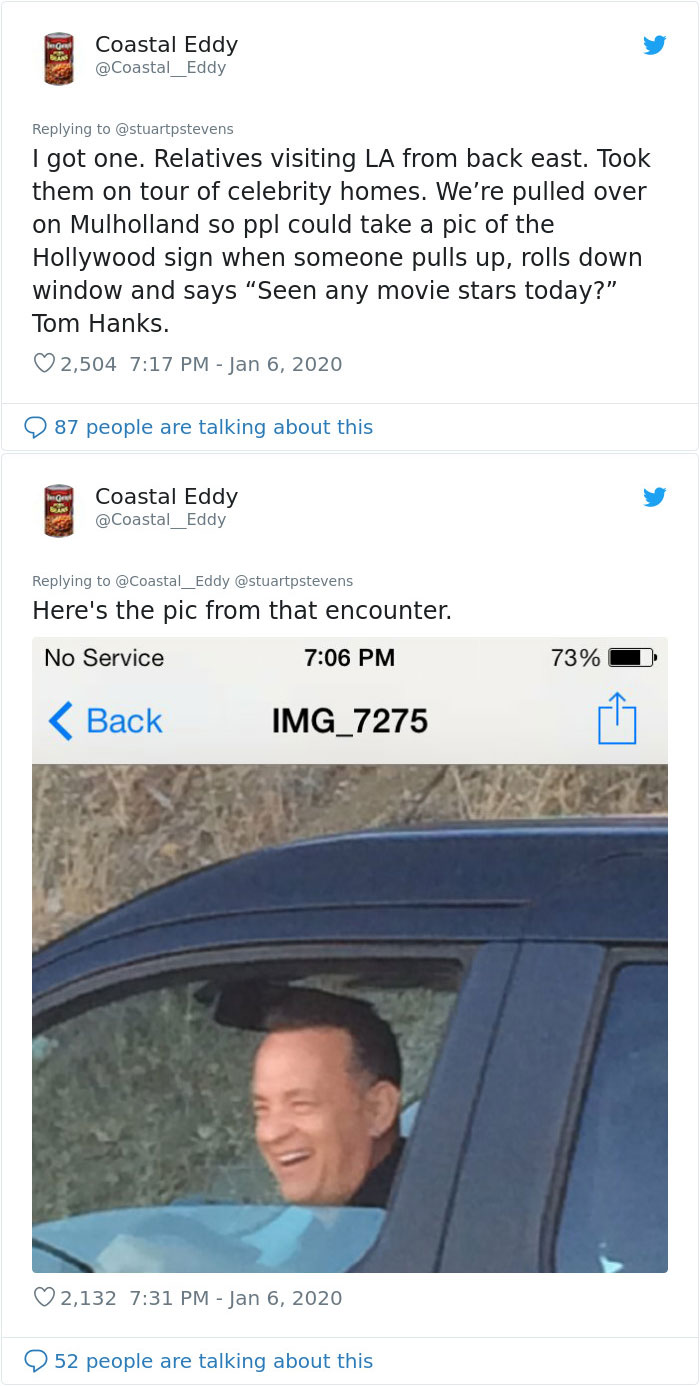 What we’ll say to those of you who reckon he is trying to cover something up is that he’s doing a bloody good job. We know you can never say never, but unless he’s just taking part in a little method-acting for all his nice guy roles when he does this s**t, it’s pretty evident he’s a top bloke. 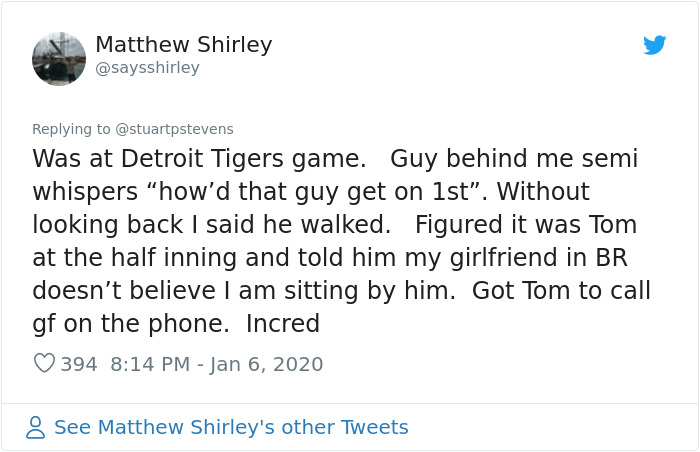 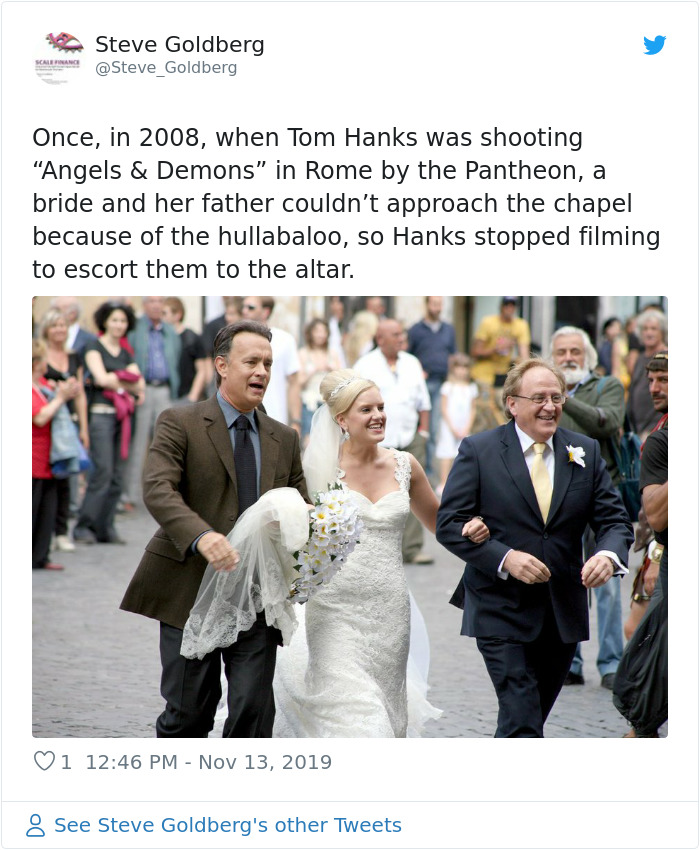 Have a squiz and take a look at the stories of him helping people out for no real reason other than it being the right thing to do, his unbridled acts of kindness, and a whole bunch of things that show he just gets a thrill out of being a good dude. What a top bloke. 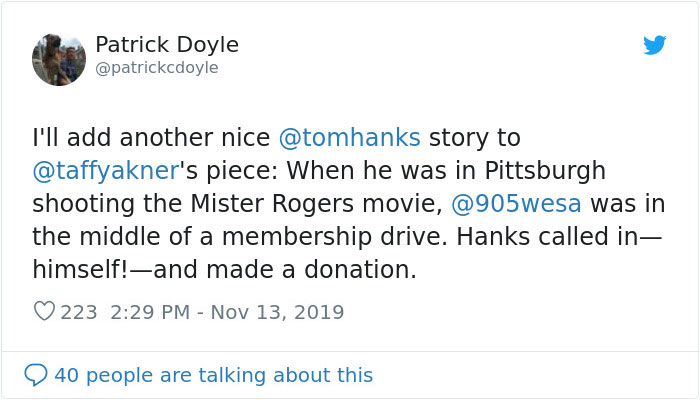 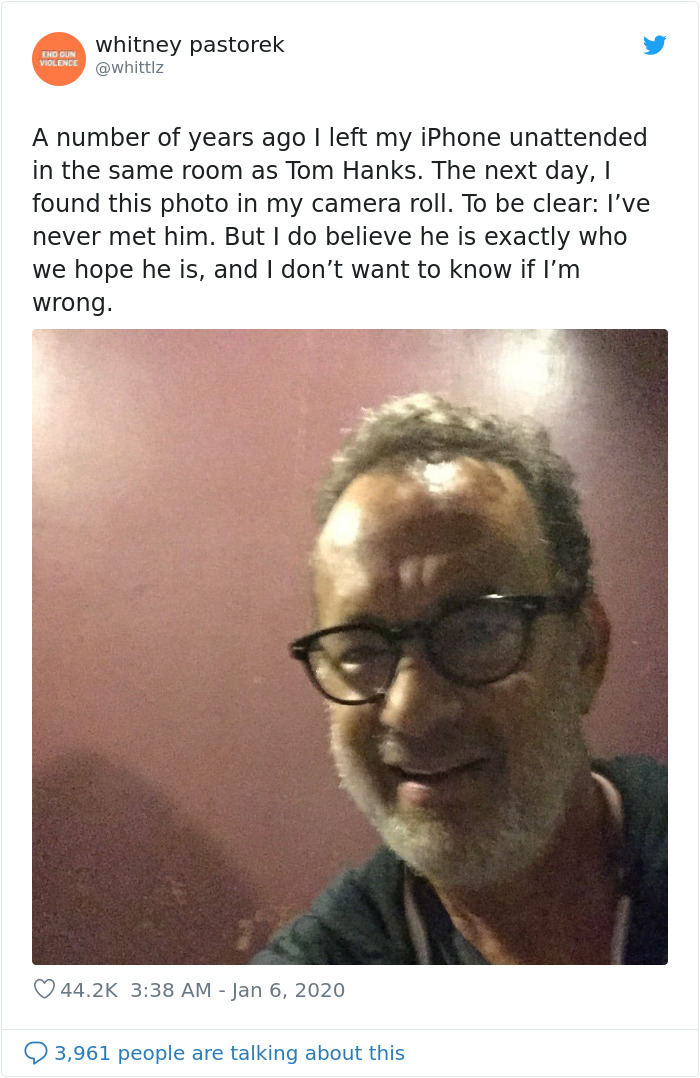 Let us know your favourite in the comments section. 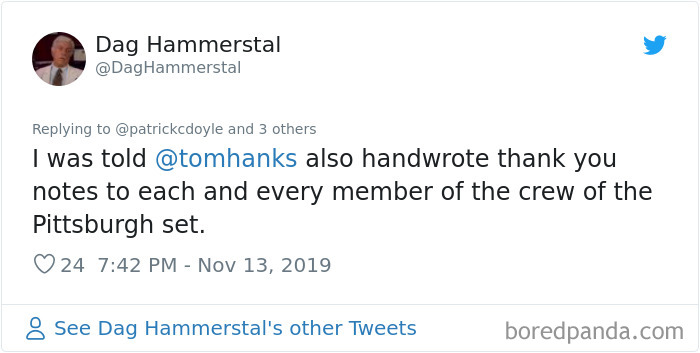 Final thought: We reckon everyone loves it when a celeb is just one of the normal people. Don’t get us wrong, we know Hanks probably has his quirks, but it seems like he knows that he can be a happy dude, and just enjoy life while always trying to pass it forward. We reckon he’s a top bloke in a slightly different way to Keanu, but you’ve gotta respect him nonetheless.