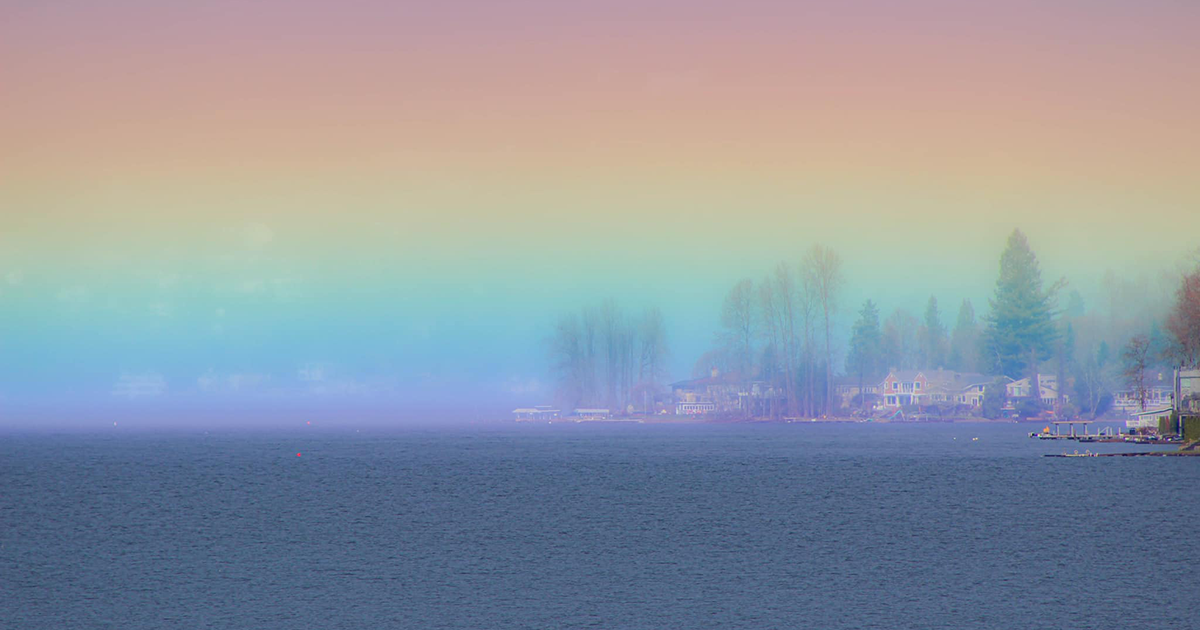 You guys know we love to talk about bloody nature and natural phenomena here at Ozzy Man Reviews, so you won’t be surprised to know that when we saw this awesome story about a horizontal rainbow, we wanted to share it with you. With that said, let’s dig in like a dog with its dinner. Right now, some rad shots of a horizontal rainbow are doing the rounds. Let’s have a squiz and a word with the sheila that took the happy snap!

Rightio, the photographer, Cessna Kutz, was hanging out at Lake Sammamish near Seattle and taking some happy snaps when she took the photo of a lifetime. As you can see, it’s a f**ken rad little shot of the lake and the bewdiful homes situated on the edge of it. 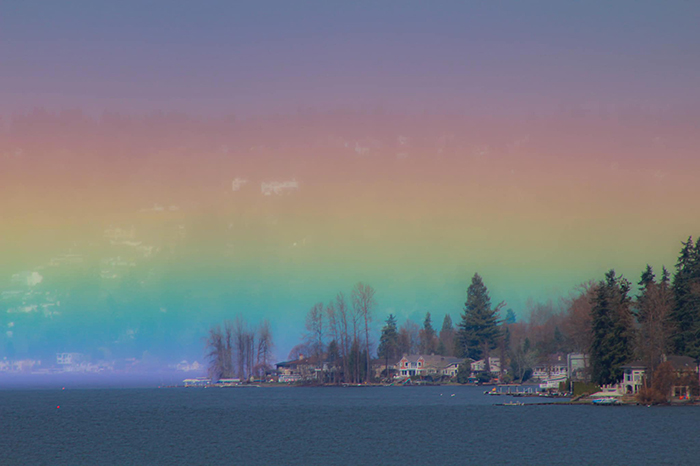 Now, you’ll notice that the bloody thing looks like it’s been Photoshopped to look like a dream-scene. That’s because she got the photo in the midst of a weather event known as a circumhorizontal arc.

If you give two sh*ts about the science behind it, you might be interested in knowing it happens when the sun is higher than 58 degrees in the sky, and it shines down through cirrus clouds, refracting off the ice crystals in the high altitude clouds. 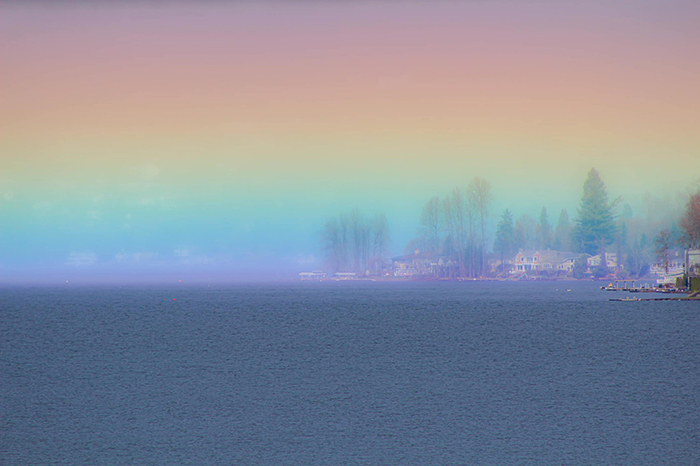 Cessna doesn’t seem to give much of a sh*t about the science, though, and why should she? She took the reasonably common weather event as a symbol of better times to come. F**ken good on her, we reckon.

“Witnessed a pretty cool phenomenon out on lake Sammamish today,” she wrote on her Instagram post about it. “A horizontal rainbow! To me, it was a little reminder to hold onto hope and love instead of fear and panic in these unknown times. Stay safe out there, friends.” 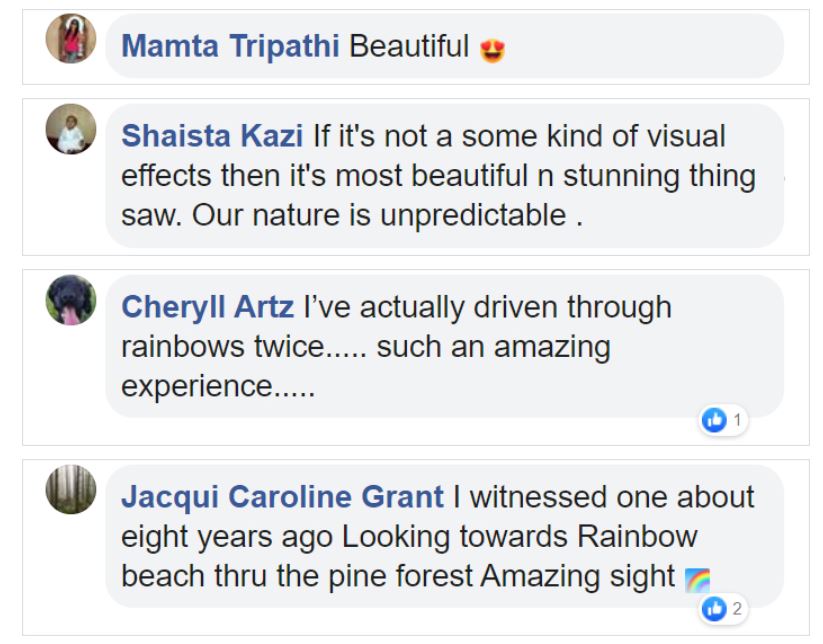 Regardless of whether you’re a science person or a spiritual one, we reckon you can get behind that message. Have hope and stay safe. Good s**t, Cessna.

Final thought: We don’t know about you, but in real life when we see a regular rainbow, we still get a little feeling of wonder. If you don’t, you’re a bloody worry. Be amazed by nature and the s**t it comes up with. You don’t have to take everything as a sign, but we reckon it’s great to appreciate awesome natural s**t. That said, what’s the best natural s**t you’ve ever seen? Let us know in the comments section.