When you mention the term ‘roadrunner’, most of us are going to picture that cheeky ‘meep meep’ c**t from the Warner Bros cartoons. You probably remember him as the big bloody bird that was constantly getting his arse chased around the desert by a coyote. Well, in real life, it seems that these legends are the ones that actually do the chasing. Check this s**t out…

Deadset, if you actually knew these buggers existed before now, you probably know that they call the south-western states of the US and Mexico home and that they do actually love desert areas. 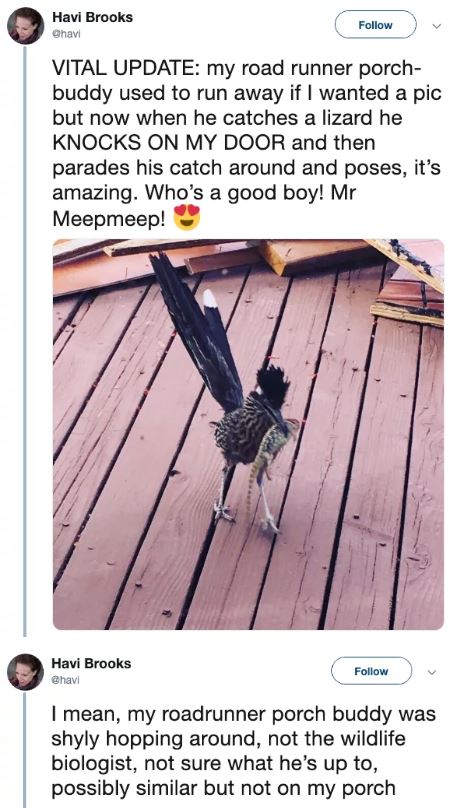 But, as we mentioned, contrary to the one in the cartoon, the one in this story doesn’t spend his time running laps to escape predators. 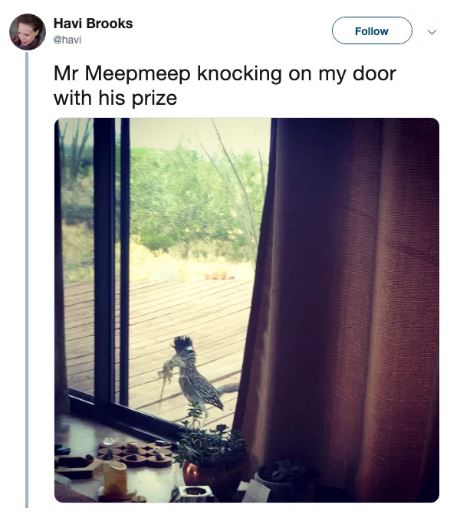 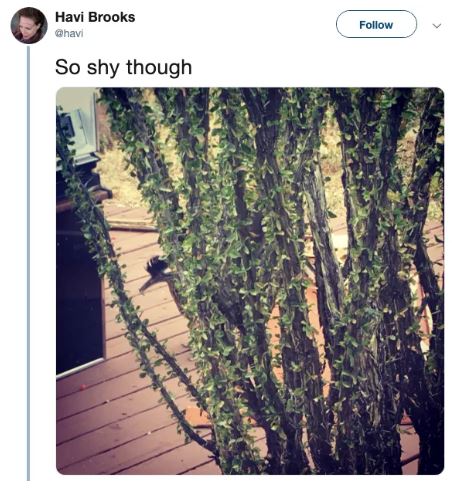 Yeah, nah, this one is straight up thirsty and he’s got a little bird boner for Twitter user Havi Brooks. Havi shares her home with the little dude and despite his early shyness and reticence to be photographed, he’s now come right out of his shell. 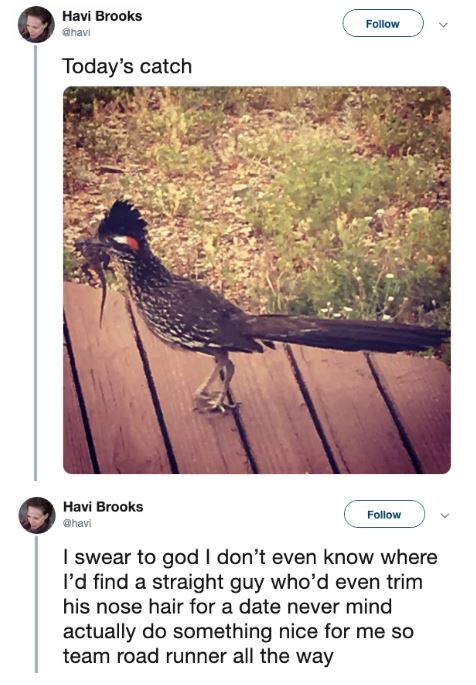 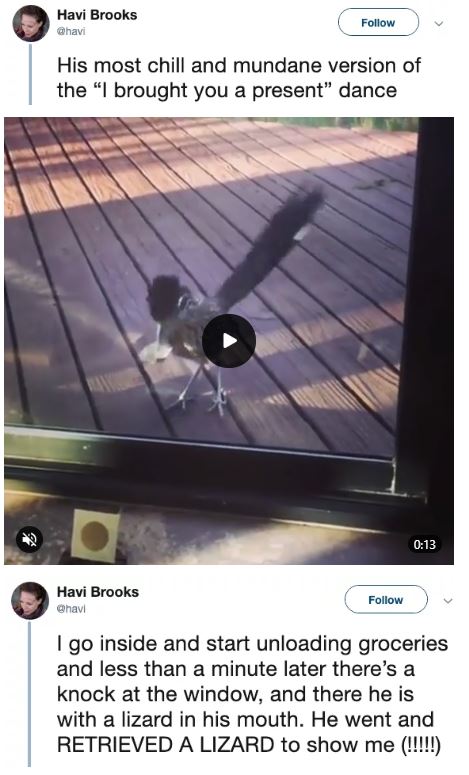 As Havi tells it:

“My roadrunner porch-buddy used to run away if I wanted a pic, but now when he catches a lizard he knocks on my door and then parades his catch around and poses. It’s amazing. Who’s a good boy! Mr Meepmeep!”

Yep, he’s come so far out of his shell that he’s actually trying to impress Havi by delivering her a veritable feast of lizards. Check out Havi’s Twitter feed to see the little bloke turning up with enough fresh kills to feed an army. 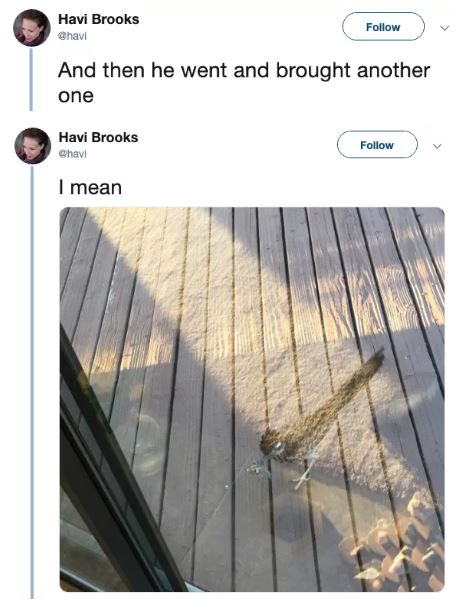 Apparently, he’s so bloody keen on her that he’s taken to waiting for her to arrive home. Needless to say, Havi is more than flattered – and if it wasn’t for some pesky inter-species complexities and the fact she’s happily single, she might even be tempted to treat the little fella to a date or two. 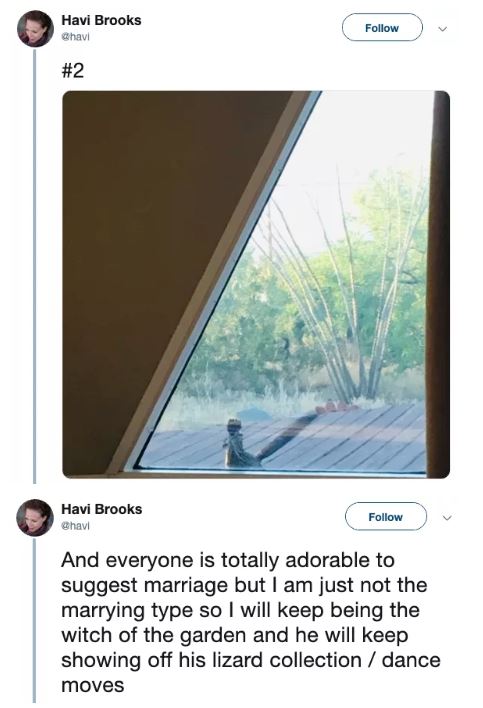 “And everyone is totally adorable to suggest marriage, but I am just not the marrying type, so I will keep being the witch of the garden and he will keep showing off his lizard collection/dance moves.”

There you go, blokes. If you really wanna impress a sheila, it seems that all you’ve gotta do is catch a few lizards and present them to her with a little bit of a dance. Get on that!

His most chill and mundane version of the “I brought you a present” dance pic.twitter.com/zBJuy7aj7O