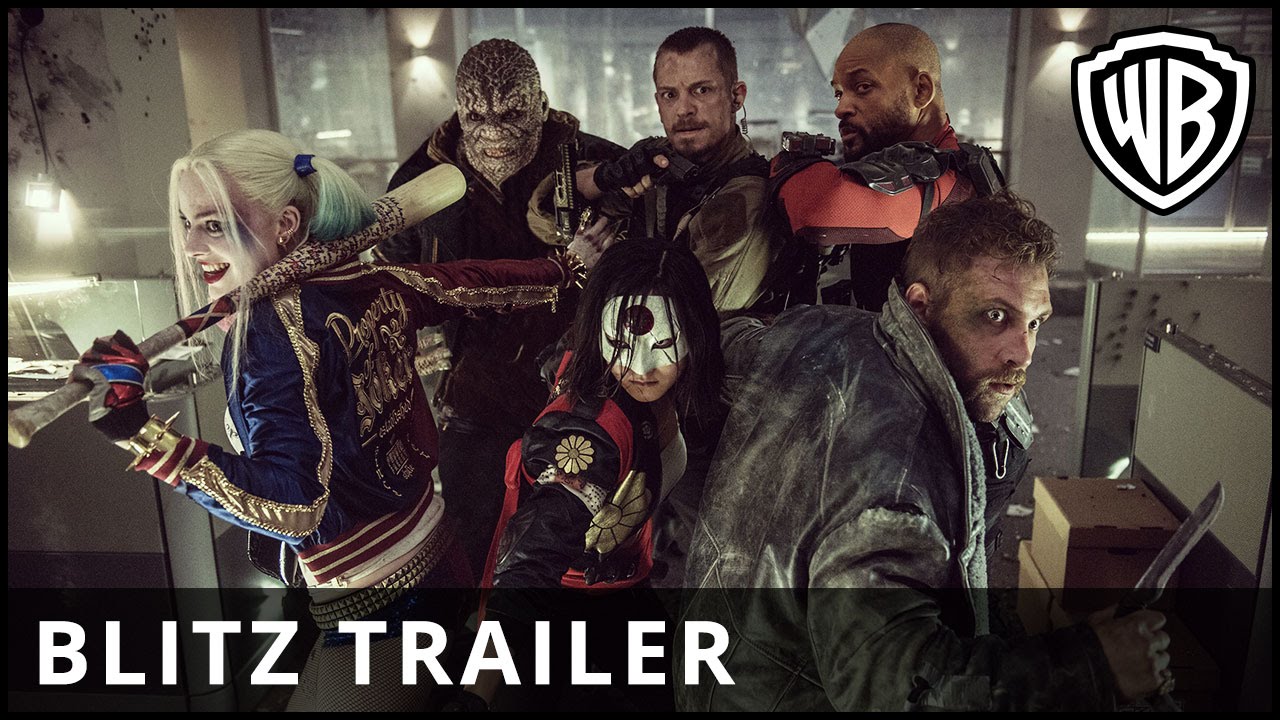 I am still a little queasy and down after the experience that was Batman V Superman, but I’m hoping Suicide Squad is more my type of Warners/DC flick.

The first trailer was an absolute ripper.

I posted about that bad boy back in January. You can watch that first trailer here if ya haven’t seen it yet.

Or skip that and go straight to this new one…

This second trailer has a similar rhythm and vibe to the first one. Why fix what ain’t broken, eh? Batman better not be trying to steal the show too much I hope. Anyway, anyway–

We of course get to see loads of new footage and character moments in this one. Video below:

I love concepts where Super Villains have to “do good”. The fact being a do gooder is an inconvenience makes for engaging characters I reckon.

We’re not a big “Hero” type of country. I think there was actually studies on that shit. Germany and Australia rated low in regards to believing in the ideals of Being a Hero. For us, it may have been WW1 that tarnished our outlook on Heroes. I’m gettin’ deep now.

In fact, we’ve long taken the piss out of heroism in Australia by sarcastically saying “tried to be a hero” when someone makes a dick of themselves, when they try to do too much on their own.

Baaah, I’m rambling like an old bloke into his third pint at the pub before midday. Sharing the shit I carry in my head outta nowhere.

Fingers crossed this film isn’t a croc of shit. Hope they nail the tone and character/themes above all else to be honest.

I had not heard of this film at all to be honest. But the trailer has "dropped" as the trendy publications online like to say...and it's a bloody ripper. I was pissing myself for the second half of this trailer. It'...