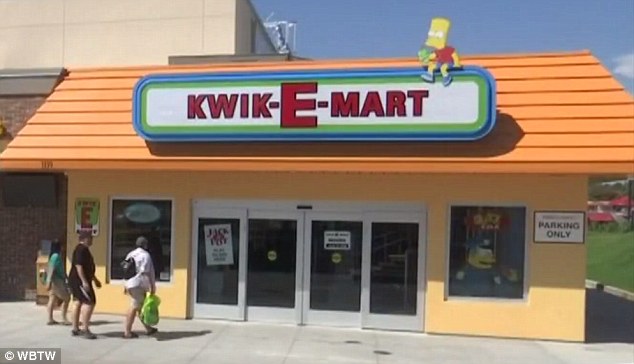 The really real one. Credit: WBTW

I’m pretty sure we’ve said this before, but The Simpsons is abso-f**ken-lutely a cultural institution. If you don’t believe me, put it this way – for many, many people, The Simpsons has been a more consistent feature in their life than their parents could ever have been. It’s spawned a generation of animated shows that have grown to popularity in its wake, it’s given us tonnes of awesome quotes, it’s embiggened and enriched our lives, and now, now the world’s first Kwik-E-Mart has opened in Myrtle Beach, South Carolina.

For those of you who’ve lived under a rock your whole life, the Kwik-E-Mart is one of The Simpsons’ iconic locations. The workplace of the ever-present Apu Nahasapeemapetilon, it’s the go-to place for squishees, hot dogs, Krusty framings, rotten meat and expired milk. 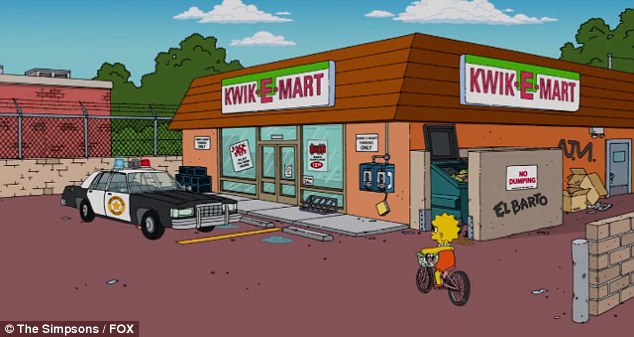 The real one. Credit: Fox/The Simpsons

Now, as part of a campaign to bring more tourists to Myrtle Beach in South Carolina, a real Kwik-E-Mart has been built. It’s loaded up with Simpsons merchandise and memorabilia. Visitors to the store will be able to load the f**k up on tonnes of cool sh*t: Lard Lad Donuts, Squishees, Duff Beer-themed energy drinks, and heaps more. Better yet, the wall is adorned with Apu’s catchphrase, “Thank you, come again!”

The really real one. Credit: WBTW

The real-life Kwik-E-Mart has taken four years of planning to build, and it will eventually be accompanied by another Simpsons Icon, the Aztec Theatre. In the series, the Aztec Theatre can only play one movie at a time, but it was the place for premiers of classics like Itchy & Scratchy: The Movie, and the Mel Gibson blockbuster, Mr Smith Goes To Washington. In the real world, fans will be able to view a 4D Simpsons film there. 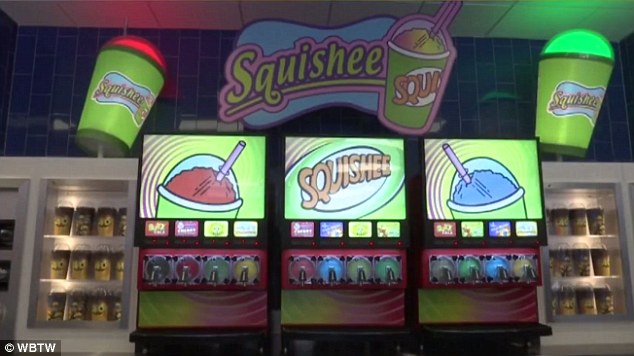 Who’s up for a squishee bender? Credit: WBTW

In the past 7-11 has temporarily become ‘Kwik-E-Mart’ to promote The Simpsons Movie and Universal Studios has also featured a Kwik-E-Mart, but the attraction will be the first permanent real-world version of the beloved convenience store. 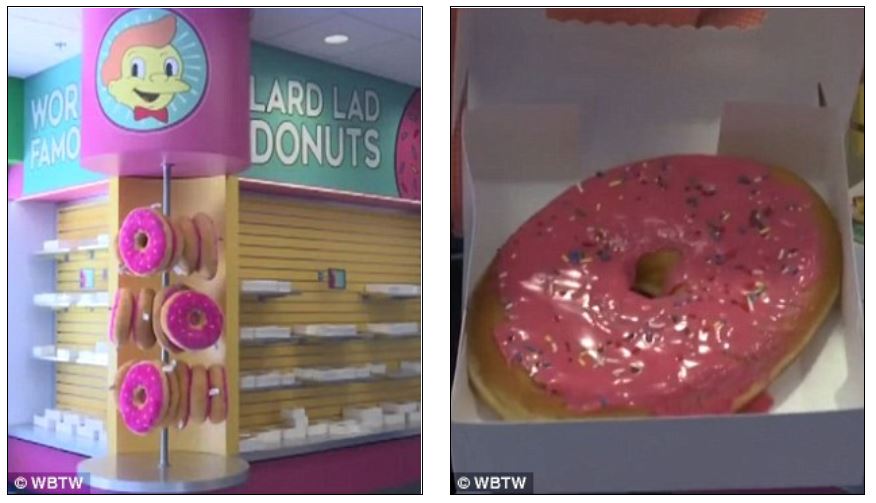 Final thought: As mentioned earlier, The Simpsons is bloody huge for a lot of people. Even though there’s a school of thought that suggests its hey-day is behind it, you can’t deny the ongoing love for it that many people feel. We’d love to hear from anyone who’s visited the attraction in the Facebook comments.