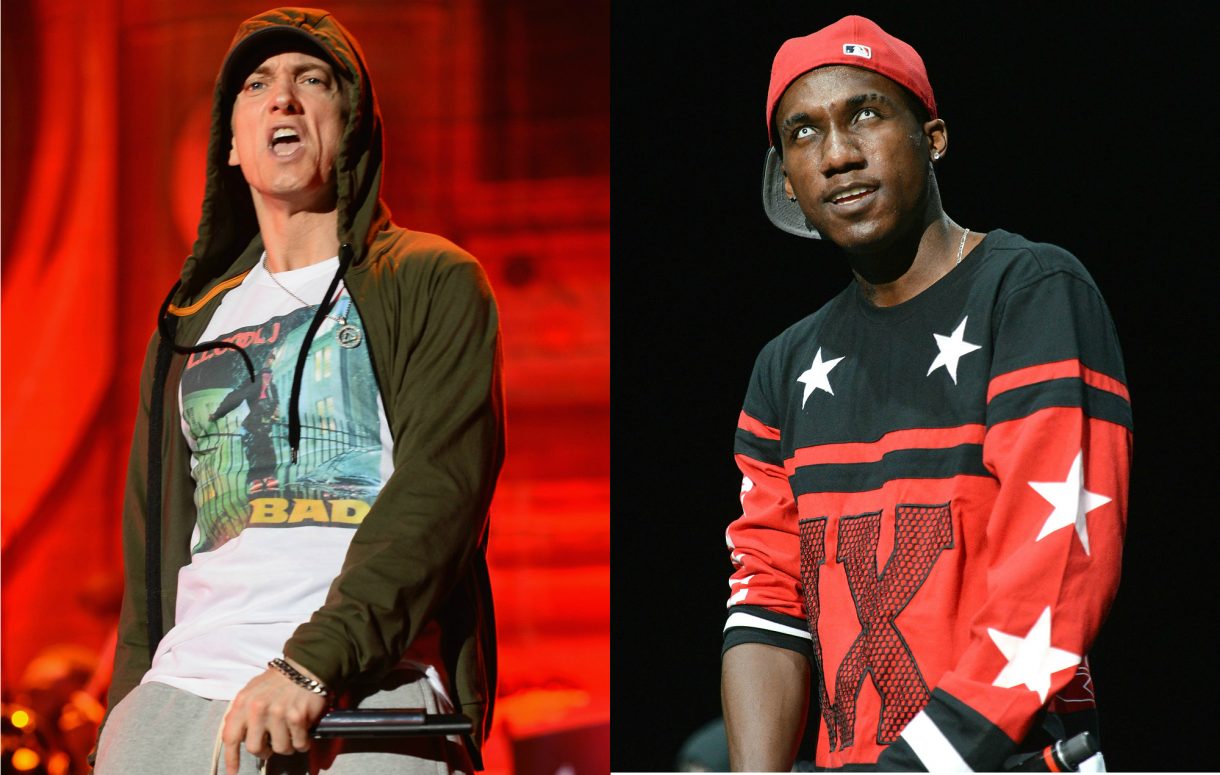 As you’re probably well aware, Eminem’s anticipated as-f**k new album, Kamikaze was surprise-released last week. Obviously, this is big news in the music world. So when Slim casually tweeted a link to the album, blokes and blokettes everywhere lost their f**ken sh*t and made a beeline straight for it, with some quarters saying it’s his best album in years.

In a video he’s shared online Hopsin tells everyone: “Yo, craziest shit just fucking happened. Eminem just said my name on his god damn song on his new album. This shit is crazy!”

YO!!! Eminem thank you for acknowledging me on your song Kamikazi!! HOLY FUCK!! This is seriously the BEST FUCKING DAY OF MY FUCKING LIFE!! Not even exaggerating! For years I always wondered if you even knew who I… https://t.co/3HDdVYk9Pa

From there, the excited rapper plays the section of the track which features the name-drop. In case you can’t grab it, the lyrics to the track Fall say, “I belong here, clown, don’t tell me ’bout the culture / I inspire the Hopsins, the Logics, the Coles, the Seans, the K-Dots, the 5’9″s…”

Have a look at the date on this old tweet:

Eminem is my favorite rapper of all time. Now it's time for me to be his.

As for Hopsin’s final thought? Check this out. “Oh shit! What the fuck? I didn’t even know he knew who the fuck I was!” Hopsin says. “God damn, he said don’t tell him ’bout the culture, implying I’m part of the culture! I’ve gotta call my mom!”

Hopsin was lit when he heard Eminem say his name on his new album “Kamikaze”! ?? @Hopsin @Eminem pic.twitter.com/euzBLdyF0A

Final thought: In fairness to Hopsin, I think anyone would be pretty excited by a name-check in a Slim Shady song. It’s got to be up there with a South Park parody, right?

When it comes to absolute f**ken bangers, anyone with even an ounce of nous doesn’t even bother looking at tunes from our modern era. Sh*t, most people know you go straight past the early 2000s, straight past the 90s ...

F**ken singing. It’s one of those rare talents that every b**tard on earth thinks they’ve got. Of all of those millions and millions of self-appointed musical geniuses, there is only a teeny tiny percentile of people ...