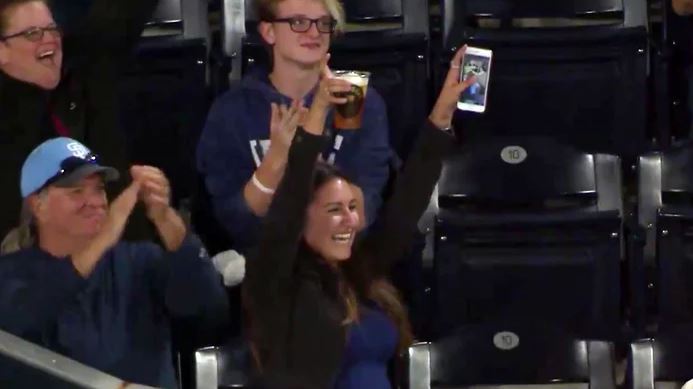 Legendary Sheila Catches Foul Ball In Her Beer At The Baseball

One of the awesome things about baseball is the fact that when you catch a ball, it’s yours to keep. From what I’ve seen on television, making that catch is always, always, always deserving of a bloody celebration. Watch how this chick shows off her ball-handling skills when she catches a foul ball right in her beer! 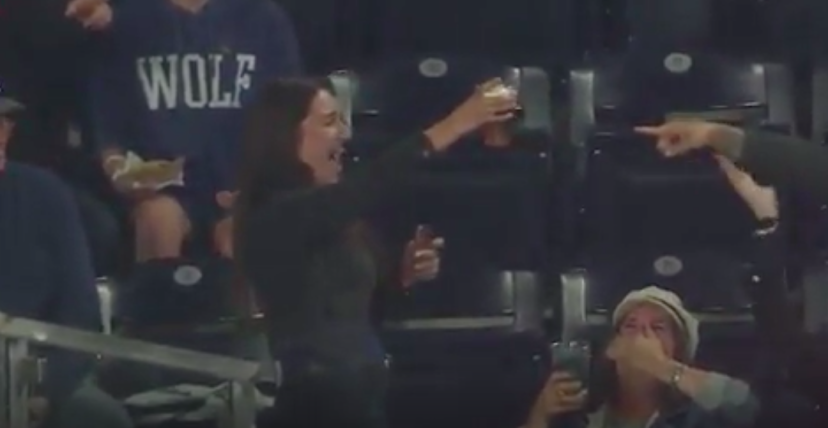 What do they say instead of ‘howzat’ at the baseball? Credit: Petco Park

OK, roll up sports-fans. Today we’re heading to Petco Park, the home of the San Diego Padres. The game we’re looking at featured them and the Atlanta Braves.

Up in the cheap seats, one sheila, Gabby DiMarco from San Diego, was chilling in her seat and enjoying a brewski. Down on the field, Ender Inciarte was lining up to strike one. When the pitch comes in, Inciarte f**ks it, and the ball heads up into the tiers.

Young DiMarco, who was only a moment before sipping on her brewski, sees the ball coming right for her. She doesn’t panic though. She’s not going to shit bricks because she has to catch a bloody ball is she? Yeah-nah, no f**ken way. 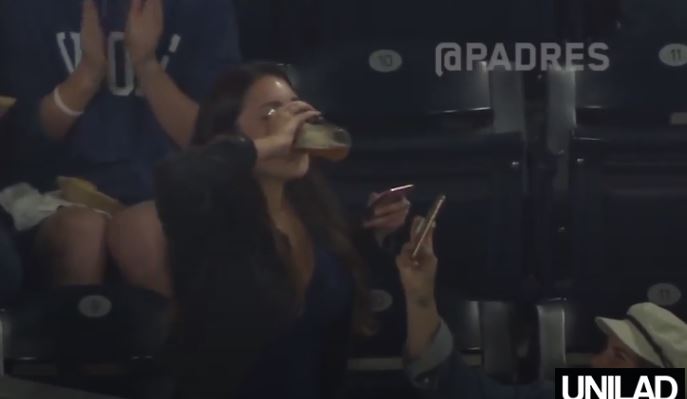 She simply repositions the cup and plonk, the ball goes in. Nothing but net. Or beer. And maybe a bit of plastic. And probably not any net at all when you think about it.

Anyway, it’s all caught on camera and the stadium is rocking with approval at her awesome bloody catch. She stands up; she holds the beer – with the ball inside – up for all to see. She bounces around for a bit before she remembers she’s supposed to chug the beer. It’s like, a rule or something.

“Well, f**ken bottoms up, then,” she says. She inhales that beer. Which, let’s be honest, is no small effort. It probably tastes like sh*t now. DiMarco chugs, the crowd cheers, the game goes on, and the internet rejoices. Good sh*t, Gabby. You are a top sheila. 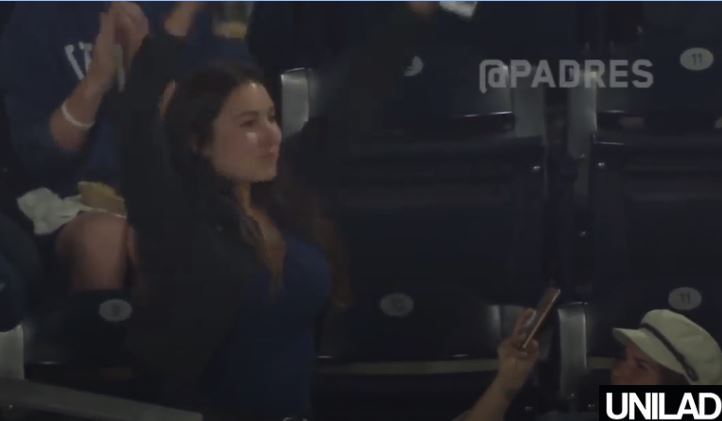 Final thought: Mate, we can talk all we want about equality, but when a sheila can chug a brewski like that, it’s no longer enough just to suggest it. We’ve got to demand that sh*t. F**k the pay-gap, f**k the glass ceiling, both boys and girls, blokes and blokettes together, united by baseball and beer – that’s the way of the future.

Just in case you missed it, here’s one of Ozzy’s latest commentary videos…Ozzy Man Reviews: Remote Control Car Racing Championship. Check it out.