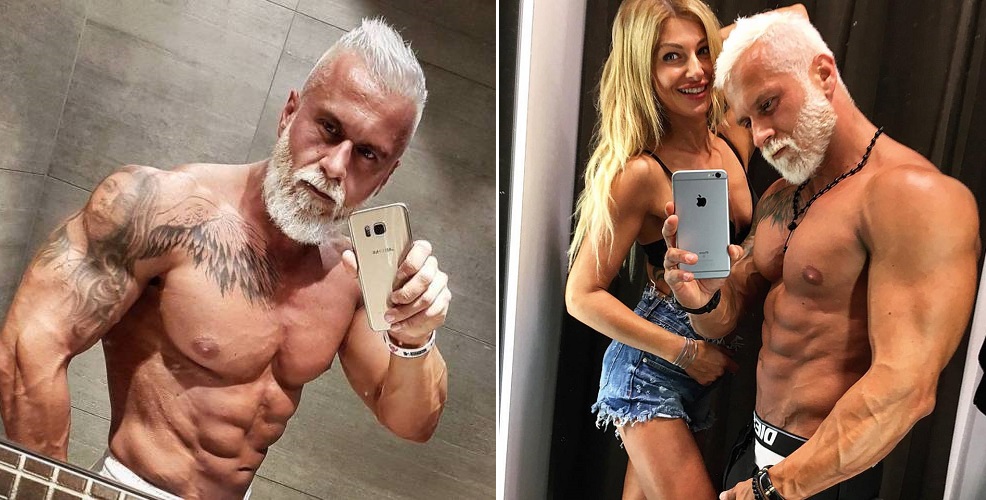 Gym Junkie Spends A Fortune To Make Himself Look Older

That’s a lot of money. But for 35-year-old trainer Pawelw Ladziak, he’s spending money on beard and hair dyes to look older. Like, a LOT older. So does this mean he also buys anti-anti-aging cream? Probably. His obsession began when he started to go grey years ago and decided he didn’t like the salt-and-pepper look. So, he just went all in on the salt. And now, he often gets mistaken for a man in his 60s.

So what’s the point of all this? Why does the, “Polish Viking”, as he’s known, put so much effort into looking like a swole grandpa? One word: Instagram. Well, unless you misspell ‘Insta gram’ in case it’d be two words.

Although he already had a solid following, he noticed a surge in followers once he began to dye his hair all white. He now has over 359,000 fans. He initially started training when he was just sixteen. But he didn’t get serious until just a few years ago. Now he likes to post side-by-side photos comparing how he looks today to how he looked in his twenties. He also liked to post photos and videos of his exercise regimens. And, of course, the occasional picture of his bombshell wife… Because what’s the point of looking like Thor’s grandfather if you don’t have a babe by your low body fat side. Seems kinda weird for a guy in his 30s to spend so much effort into looking older. But don’t tell him I said that. Seriously, the guy could crush me. Right after he finishes drinking his prune juice and putting on his velcro shoes.