Rightio, ya big bloody bewdiful boofheads, today, we’re starting our day off right: with a healthy dose of that Swedish death metal we all know and love. Forget following Entombed down the left-hand path to Opeth’s Damnation, though. Forget feeling like it’s just you and Amon Amarth versus the world. Forget paying Arch Enemy’s wages of sin and feeling haunted as you stand at the gates of musical bliss, because the music today is all about saving the world, and it comes to us courtesy of Greta Thunberg. Check it out…

Deadset, this video represents another example of just why the internet is so bloody good. Thunberg gives us her speech, which gets the whole world talking, and a bloke by the name of John Mollusk, a member of NYC-based thrash-band Suaka, whacks vocal distortion on the speech and pairs it up with some fat riffs and blackened drum-lines. 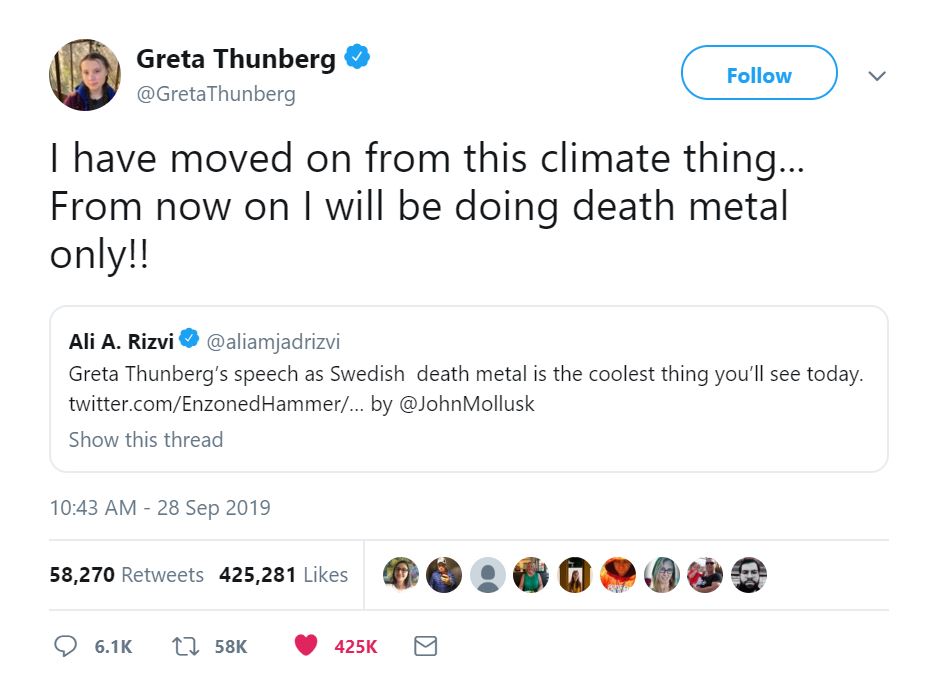 In the interest of complete accuracy, we reckon those blackened elements are much more present than the melodies of the Gothenburg scene. Really, though, if that’s your biggest drama, you’re living a charmed life.

Mollusk, whose real name is the decidedly less metal John Meredith, told Rolling Stone “When I saw her speech, I was very impressed by her passion and outrage. The words she chose just evoked the darkness of the metal music I love: Entombed, Gojira, At the Gates, Sepultura.” 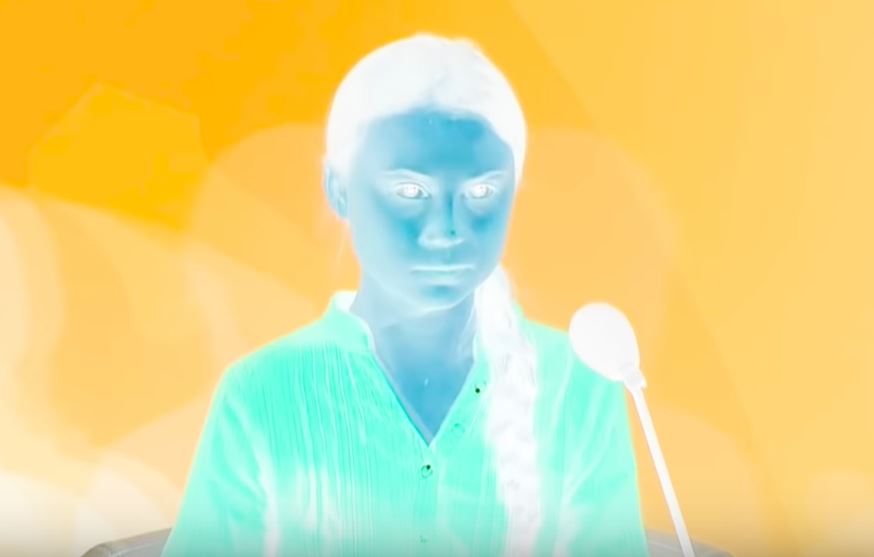 From there, he chucked the speech into Protools and messed about with it, even growling along with the teenaged activist, until he had it just right. “I guess I didn’t really have a specific intent other than to turn her brutal words into a metal song. My personal stance is that individuals need to do their part to strive to conserve and preserve our environment.”

And this is where the two worlds converge. Mollusk knows that teen angst is a powerful weapon, and he captures that side of Thunberg’s performance perfectly. Deadset, the glaring eyes and facial expressions are perfect for the metal genre, but what’s more important is that he also knows the video – and metal itself – should be fun. 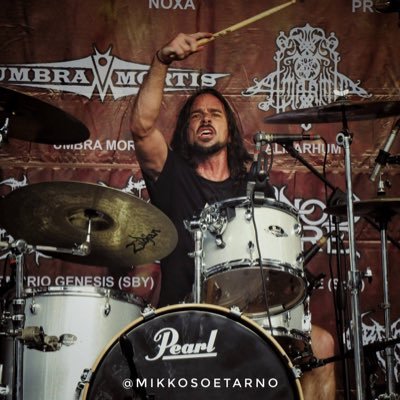 “Teen angst can be a powerful and important driving force in society, for instance the Arab spring. But there is an element of satire and levity regarding the tone and the music. I mean, I have never sung like that before in my life. I think humour and positive mental attitude can be at least as powerful as anger and outrage, and there is a place for both.”

The fact that Greta’s even shared the video on her own Facebook is a bloody tops effort too, we reckon.

Final thought: Once again, we bloody love all of this. The fight for a better world and metal music have long been synonymous, even if plenty of people don’t get it. If you love the environment and you bloody love metal music, raise your horns in the comments section.

When it comes to absolute f**ken bangers, anyone with even an ounce of nous doesn’t even bother looking at tunes from our modern era. Sh*t, most people know you go straight past the early 2000s, straight past the 90s ...