If there’s one thing that’s always cause for celebration, it’s having a bloody baby. Deadset, considering it’s something people manage to do by accident; we do get pretty excited whenever a friend or family member pops one out. Apparently, though, the excitement doesn’t end with just family. Have a bloody squiz at this exchange and check out what happened when a couple of new parents accidentally messaged a wrong number with news of their joyous moment. 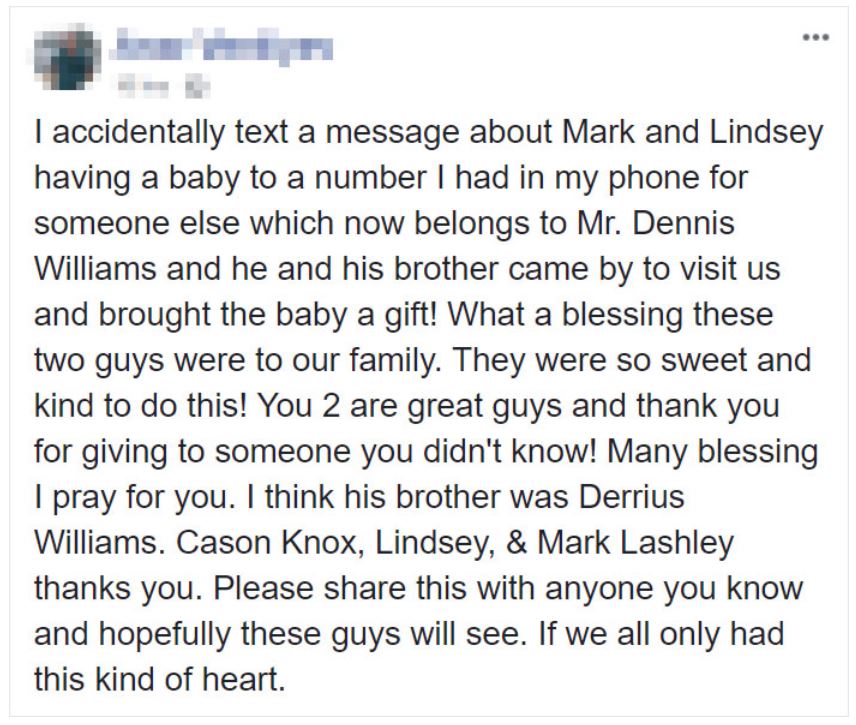 Rightio, to get you started, the new parents are Lindsey and Mark Lashley. The young whippersnapper is baby Cason Knox. As soon as Lindsey squeezed Cason into the world, Mark’s Mum Theresa was straight on the phone, sending a group message to let the world know about the little bundle of joy.

Of course, bloody Theresa’s only included a fella by the name of Dennis Wilson in the group message. Now, Dennis didn’t have a bloody clue who these people were, but he’s a top bloke and that meant he knew that he and his brother, Derrick, needed to buy gifts and visit the newborn. 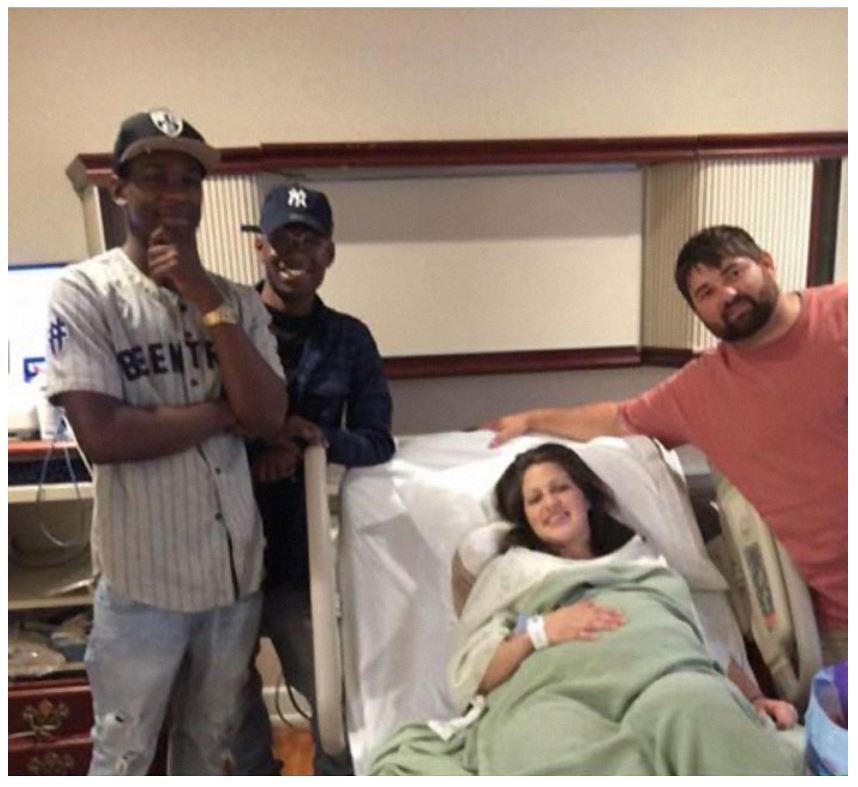 Mark said, “It was different. I mean, my friend just walked in and said: ‘There are some more people coming down the hallway,’ and we didn’t know who they were and they said, ‘Oh, we’re the ones who got the random text message.” 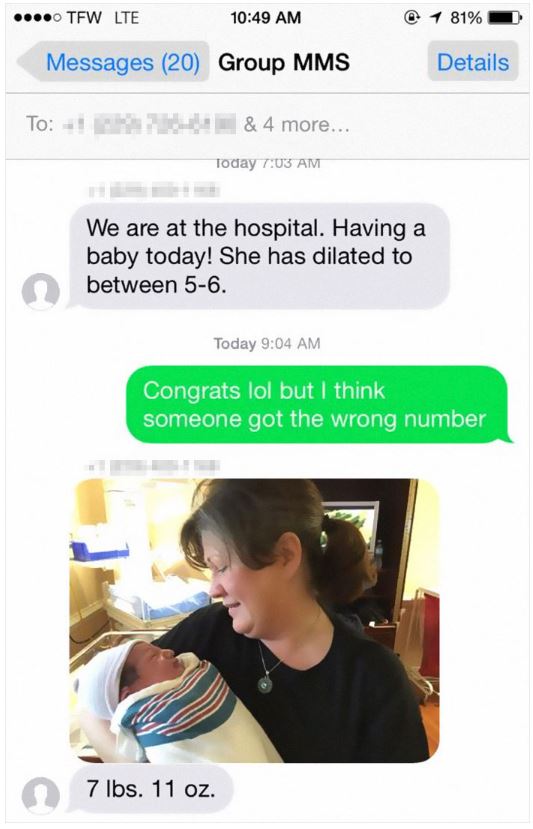 Apparently, the mix-up was made possible thanks to another family member getting a new phone. The theory is that Dennis ended up with the old number when he got his own new phone. 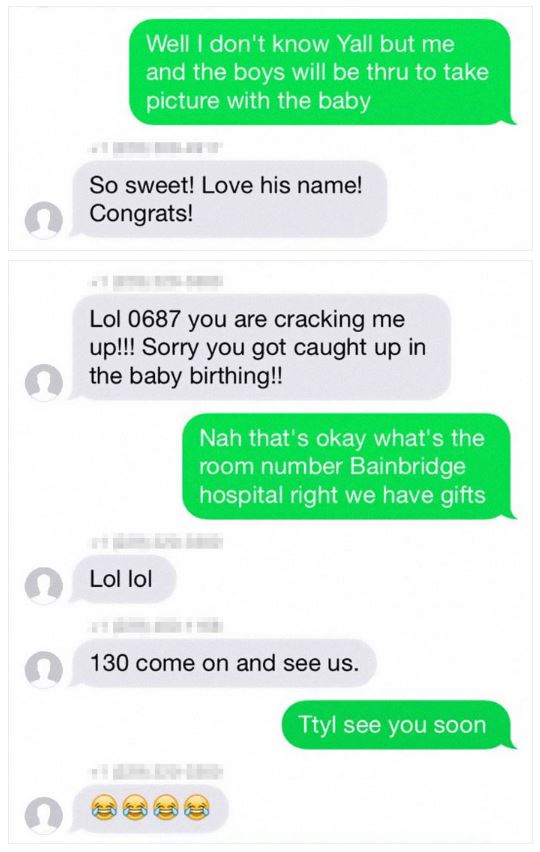 Anyway, Mark continued by saying, “[My mother] thought she was still talking to my cousin, that’s who she thought she was talking to. I don’t think we would have randomly invited them over but we appreciate it and the gifts. You don’t hear about much compassion in the news anymore.”

Final thought: Yeah, we love this story. Obviously, there’s an element of humour to Dennis and Derrick’s visit, but with them bringing gifts and being genuinely top blokes about it, you have to say they’ve had a star turn there. Good stuff, lads. Good stuff.

This bloke taste-tested every frozen Hawaiian pizza in Australia

For some reason, pineapple on pizza’s become a contentious issue in recent years. The reason for that sudden upsurge in discussion is pretty unclear, but whether or not someone likes something you think is gross or vi...