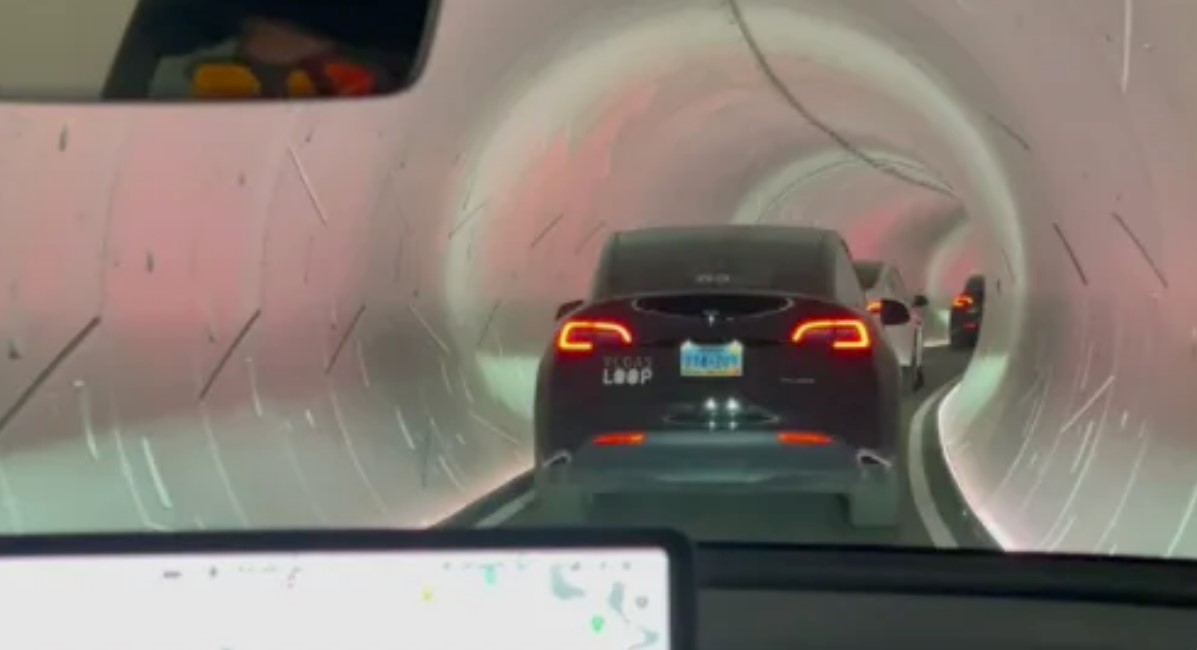 Elon Musk tends to come up on these pages a fair bit. That’s probably because he just can’t keep himself out of the very fabric of the internet. Yeah, nah, the guy’s like cat videos at this point: he’s the gift that keeps on giving. Anyway, as you may or may not be aware, he reckons he can solve traffic jams with his tunnels. So far, though, the evidence isn’t good. Check it out…

Okay, if you know Elon Musk, you know that he’s a divisive character. Some people love him, some people hate him, and some people just want to see what he’s gonna do next. We put ourselves in the third bracket.

For the sake of this story, the subject is his underground ‘traffic-jam-saving’ tunnels. Back in November, Musk tweeted this: “It’s either traffic forever or tunnels. Try our first operational tunnel in Vegas at the convention center! The city just approved a full tunnel network, connecting major hotels, convention center & airport.”

The first tunnel is a loop that Musk’s built as some sort of prototype in Las Vegas. According to Wikipedia, it’s designed as ‘a system to shuttle visitors in a loop underneath the sprawling Las Vegas Convention Center.’

Now that people are using it, though, it turns out it’s creating traffic problems. Despite the fact the 2022 Consumer Electronics Show was reportedly low on attendance, footage of a traffic jam consisting solely of Teslas inside one of Musk’s tunnels has appeared online.

Journalist Mick Akers reckons 90 cars used the three-stop loop and traffic was hectic. On top of that, others have criticised the tunnels as death-traps and wonder how people are supposed to escape if there’s a fire. Others have said the tubes are too small to allow you to open your doors properly.

To clarify, the safety measures (this is also untested):

“If something goes wrong, drivers, who are employed by the Boring Company, are trained to continue to the nearest station. If there is a blockage, drivers are trained to reverse out of the tunnel.”https://t.co/l6AfDfDrmx

Final thought: Look, we reckon it’s pretty easy to criticise Musk. The guy is not shy in sharing his grand ideas, but in complete fairness to him, he also doesn’t shy away from failure. Yeah, nah, he seems to be prepared to learn from engineering mistakes, so it’ll be interesting to see where this goes next.

2025: This how most will die, asphyxiating in a tesla tunnel traffic jam, which is supposed to be impossible pic.twitter.com/9DDX5PU83w