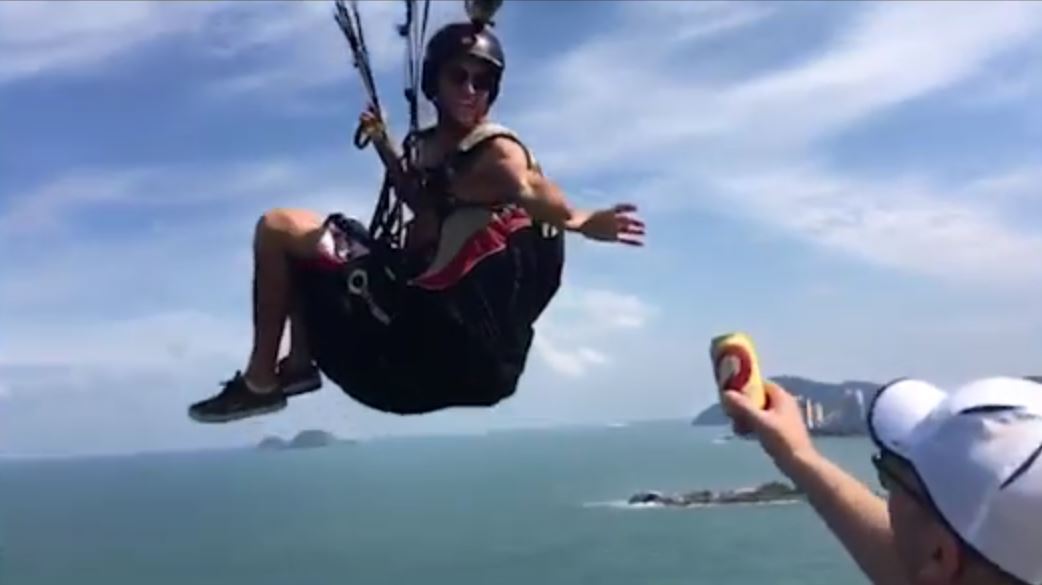 Maaaate, we f**ken love a beer here at Ozzy Man Reviews. Whether we’re watching the latest new vids on YouTube, whether we’re digging up the old classics for another squiz, or whether we’re commenting about them, you’ll often find us knocking back a cold one while we chill the f**k out. And we’re not the only ones. People love beer. Probably because it’s awesome. So when a bloody legend on his hang glider came near a top bloke’s balcony and was offered a beer, the obvious result was another epic catch!

Deadset, an epic beer catch is always deserving of a round of applause and freely given respect. You might remember this bad boy from the other week, or you might have even caught a nice cold tin of the amber nectar yourself. Either way, it’s time for another Ozzy Man Beer Catch of the Week! 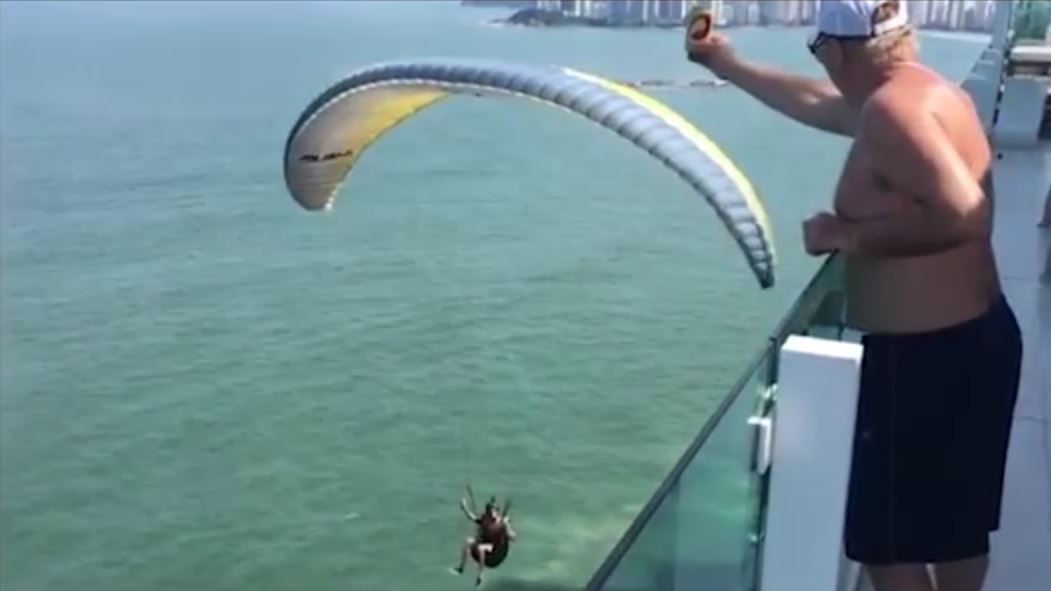 F**ken check this bloke out. His hang glider’s coming a bit close to that building. He better not bloody f**k it. He’ll be on a one-way plummet to Destination F**ked. Is he gonna…nah, nah, yeah, nah, he’s all good. He’s got this.

And hang on, ha, hang on, who’s this top bloke on the balcony. Are they mates? Is he just a generous old bloke? It doesn’t matter; he’s just like, “Here, f**k ya, have a beer. You look like you need one!’ 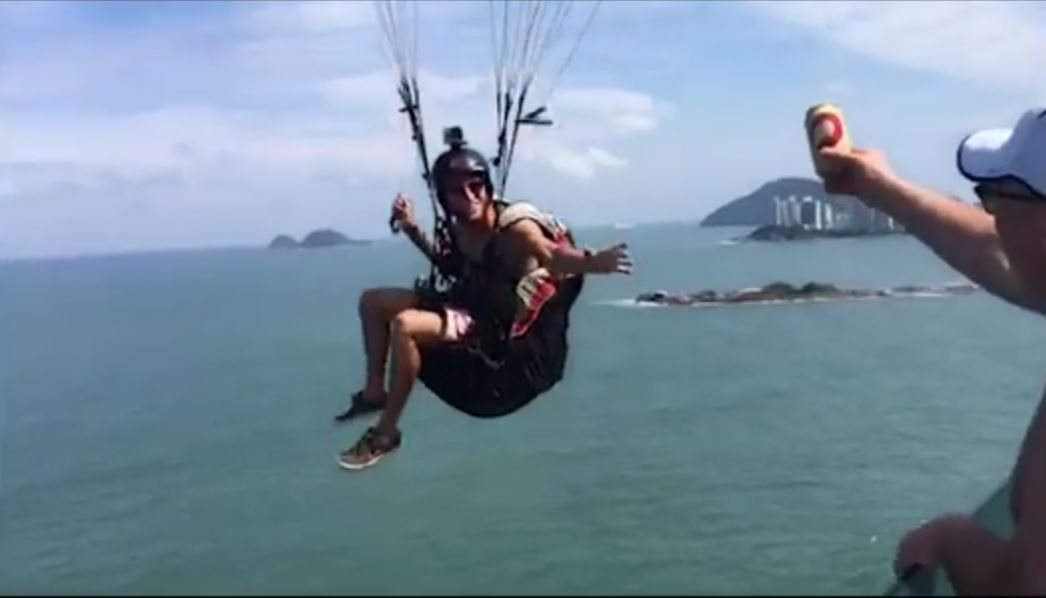 Now, there’s some logistics involved here. It’s not like he’s just gotta slide it down the bar. Old mate’s closing in. He’s getting close. And no, no, f**king no, he’s overshot the mark. What will they do?

F**ken here’s what they’ll do: the old bloke’s going to give it a bit of a spring. The legend on the hang glider better have good hands, otherwise some poor c**t is going to f**ken wear it. But…HE’S GOT IT. Ladies, gentlemen, wankers, dipsh*ts. The catch is made, the beer is safe, these boys are legends!

Watch it again on slo-mo and have a f**ken stroke over that top catch. Howzat! Howzat! How-the-f**k’s-zat! 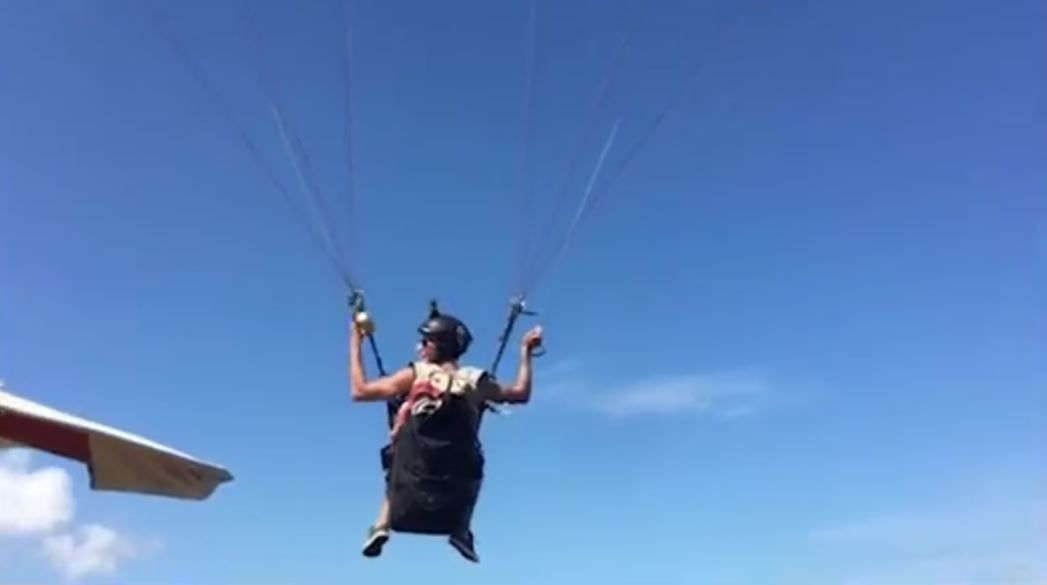 Final thought: The brotherhood of the beer drinker is a bloody strong thing. You see someone doing something epic and you just think, that f**ker deserves a beer. This is what makes beer great. You pay it forward. You pass it on. You share the f**ken joy that beer brings. A top bloke, a bloody legend, and the best beverage on the planet in one vid. Good shit.

Check it out the original vid here:

When you see it from an alternative angle it’s even f**ken crazier: