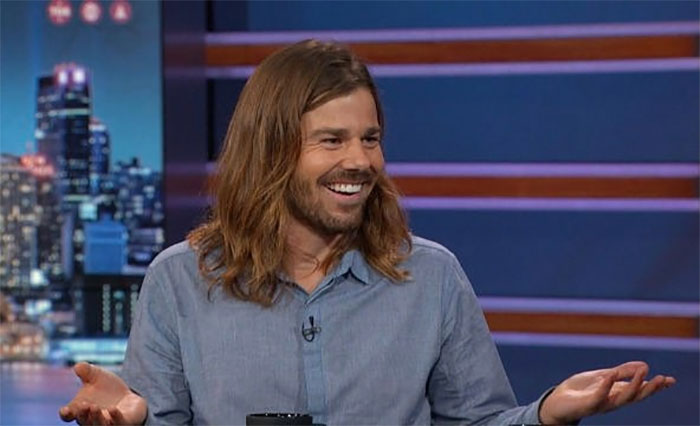 If there’s one thing most of us can get behind, it’s the universal gripe that the average worker slaves their arse off to make someone else bloody rich. In plenty of cases, they’re doing that for wages that are less than generous. And, yeah, nah, we know the idea of companies doing all they can to make money isn’t exactly new or controversial, but it turns out that not all bosses enjoy their staff grinding out a meagre existence. Take Dan Price of Gravity Payments for example…

Long story short, Dan’s a bloke who realised that the benefits of paying his staff a wage that might actually help them get ahead in life could only pay dividends for his company. In response, he slashed his million-dollar salary by ninety per cent and raised the minimum salary of his business to $70,000. We won’t go on about it ourselves, though. Not when he’s been spilling the beans. 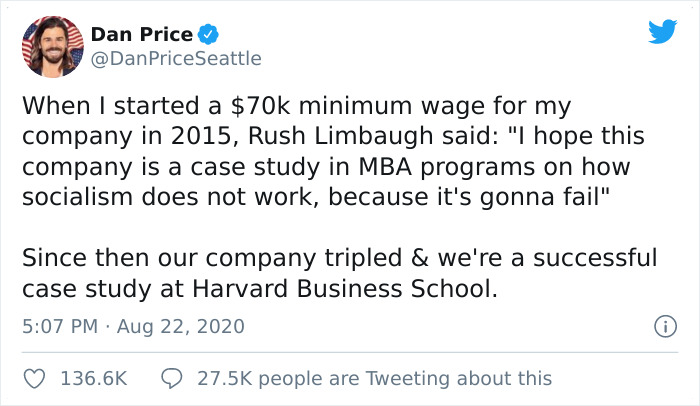 He told BBC Money that, “We’re glorifying greed all the time as a society, in our culture. And, you know, the Forbes list is the worst example – ‘Bill Gates has passed Jeff Bezos as the richest man.’ Who cares!?” 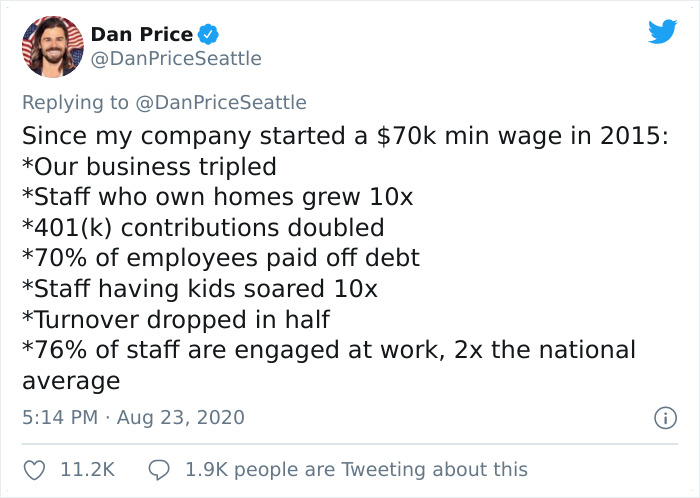 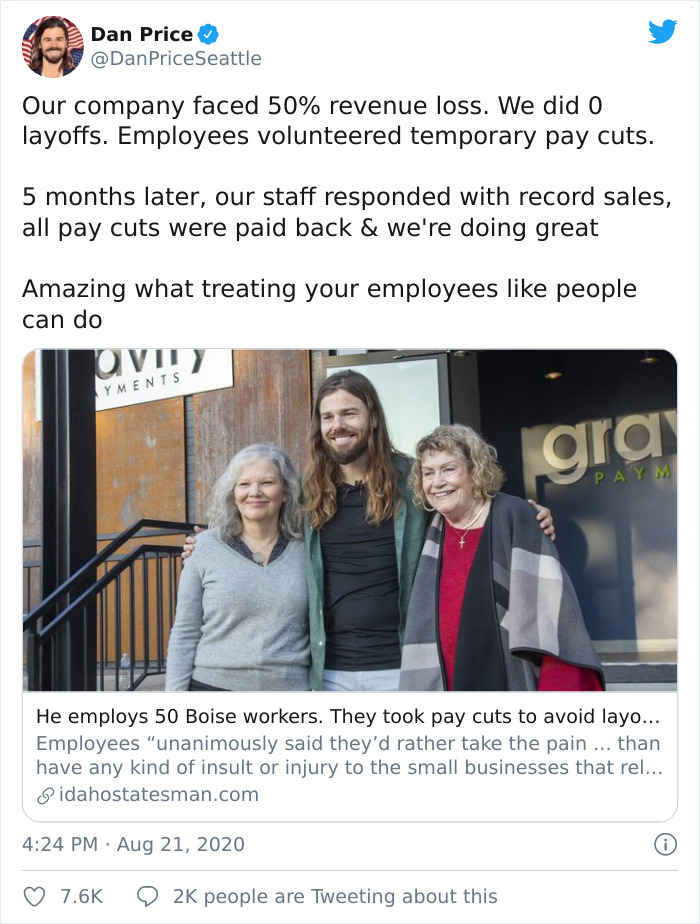 He’s even stoked about the fact his staff are having babies:

“I can’t think of anything better that I could get in return out of it than that, and that’s the impact. That’s the legacy. Because, those babies, they carry with them almost infinite potential, solving some of the existential crises of humanity, curing cancer, solving things like global warming. You name it. Who knows what those babies are going to do, and probably I won’t be around to find out all the cascading effects that will come from that.” 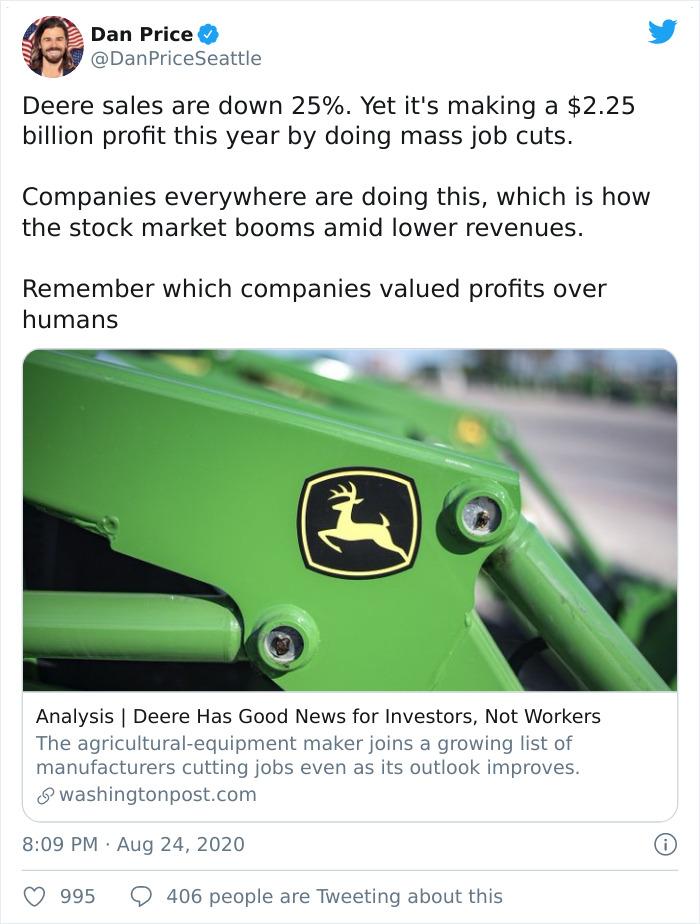 Anyway, have a read of some of his tweets about it.

Final thought: It’s hard to fault any kind of mentality that prizes happiness and fair pay over profits. Don’t get us wrong, the cynical among us can easily say that this s**t’s directly tied to his business income, but who cares. There’s a lesson here for everyone: be f**ken excellent to each other. Anyway, this Top Bloke award is all Dan’s. Good s**t, Dan. Good s**t indeed.