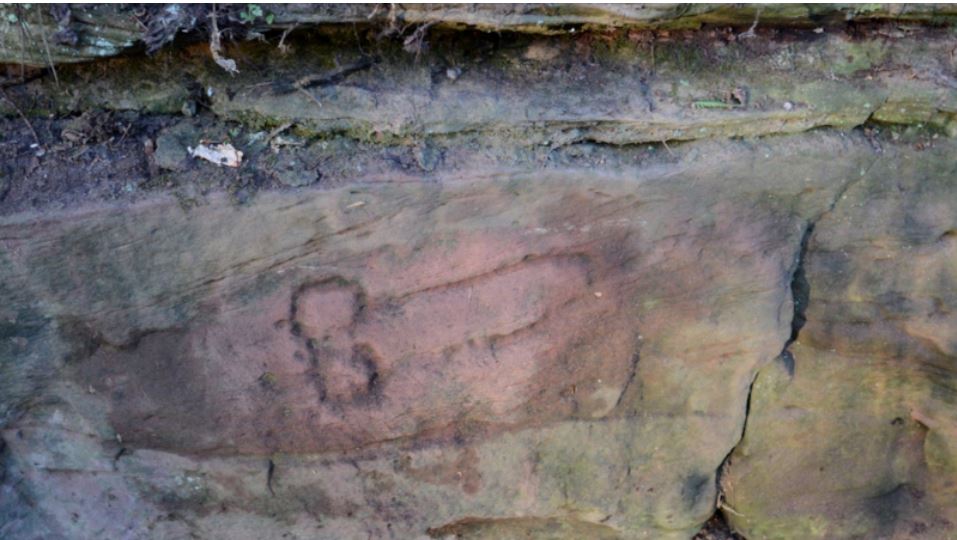 All right, fellas, own up. Who’s drawn a bloody d**k and balls somewhere in recent memory? It’s always a bloody laugh to draw a random meat snorkel somewhere in a mate’s notepad, or to change their desktop background, or even just to inscribe one in the dirt and grime of their car. It’s one of the classic tricks that never gets old. But did you know the bloody Romans used to love drawing a d**k and balls wherever they could? No s**t, they drew them in so many places that archaeologists are still stumbling across them.

Bear with me for a second while we imagine what it’s like for the archaeologists working in the ancient quarry sites near Hadrian’s Wall when they find this stuff. You’ve got bloody Levi and Dan excavating these ancient workplaces and looking for remnants of the past when Levi’s like, “Oi, Dan, I do believe you’d better come and look at this!”

Poor old Dan, he’s probably thinking it’s another f**ken pot or something, but he goes over anyway. He takes one look at the bloody tallywhacker and he’s like, “F**k off, Levi, you just did that yourself.”

“No, Dan, deadset, I just found this mighty phallus here. I do believe it’s a Roman todger.”

Hadrians Wall is an ancient Roman fortification keeping the northern savages – and white walkers – outside of civilised Britannia. Credit: Fair Use Policy

And he’d be bloody right. If you go to Pompeii, you’ll find there are bloody cock and balls inscriptions all over the place. They were a symbol of good luck – and if I remember rightly – like breadcrumbs that led to the whorehouse.

Now, while there’s no suggestion these big penis inscriptions are a sign of whorehouses in use near Hadrian’s Wall in the North of England, they are a sign of the place’s importance. Just ask the boffins who found them. 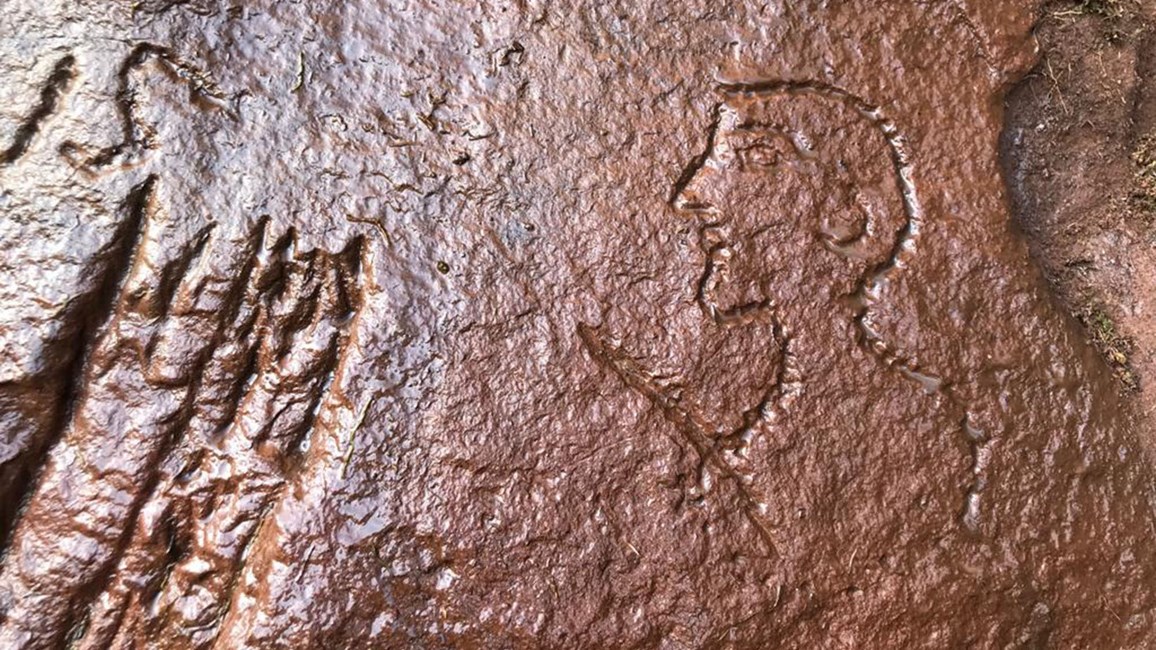 They also found this, but really, who cares? Credit: Jon Allison Newcastle University

Mike Collins, an ancient monuments inspector for Hadrian’s Wall, said, “These inscriptions at Gelt Forest are probably the most important on the Hadrian’s Wall frontier. They provide insight into the organisation of the vast construction project that Hadrian’s Wall was, as well as some very human and personal touches.” Now, we should point out that along with the big weiner, archaeologists also found a bunch of other important carvings, but for these archaeologists – who seem to be just like your mum – it’s all about the cock.

That’s why they’re using laser technology to get accurate reconstructions of the carvings and recreate them so that everyone can see a 3D representation of Roman d**k and balls. Collins went on to say, “These inscriptions are very vulnerable to further gradual decay. This is a great opportunity to record them as they are in 2019, using the best modern technology to safeguard the ability to study them into the future.”

F**ken study away, you big cock fans. Study away. 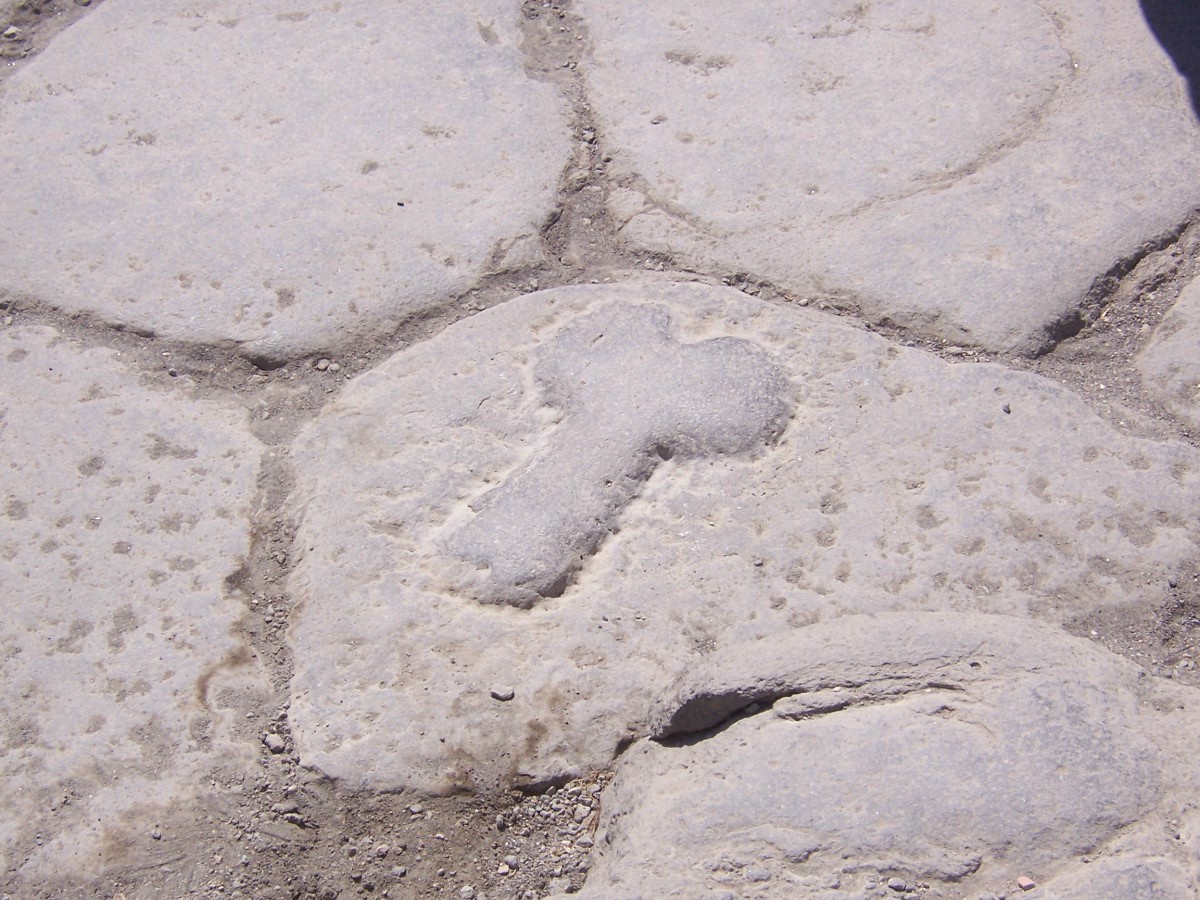 This one points the way to a brothel in Pompeii. Credit: Fair Use Policy

Final thought: In all seriousness, you’ve got to love that these Roman legends were spending their time at work carving baloney ponies into the rocks while they were supposed to be working. You’ve also got to love that it was seen as such an important symbol.