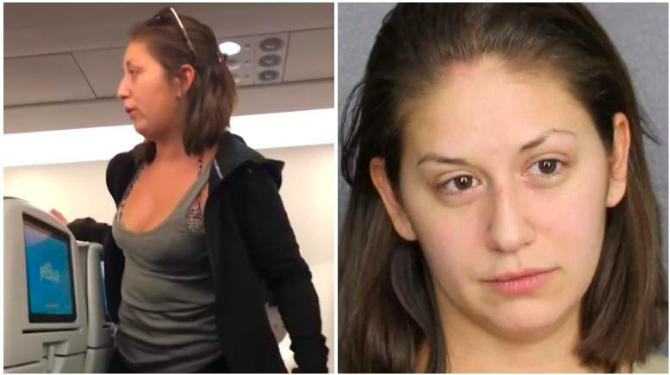 Look no further than a drunken bird in Florida to provide you with today’s in flight entertainment.

32-year-old Valerie Gonzalez spent the day on the turps before boarding a JetBlue flight out of Fort Lauderdale, Florida.

After being seated next to a three-year-old kid, Val made it clear she wasn’t happy about it and started to act like a complete and utter pork chop.

“I’m not sitting next to a f***ing three-year-old, I’ve been drinking all day,” she said. 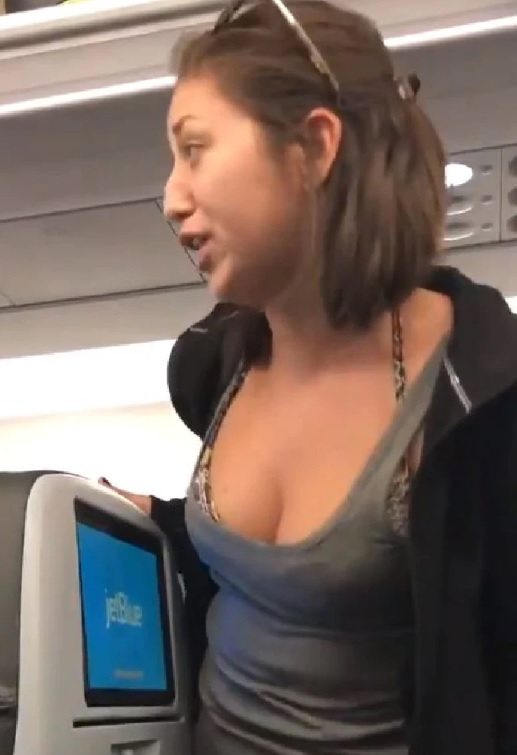 Seems to me this lass has more in common with the little ankle biter than she realises, as she proceeded to throw a big f**ken tanty when she saw she was being filmed by other passengers. Massive dummy spit included hurling obscenities and spitting like a filthy outback camel.

Despite claiming she’d been drinking all day, it’s clear to me that Val might be a few stubbies short of six-pack. What was she thinking? It’s been at least a few decades since anyone could get away with this kinda tomfoolery on a bloody plane.

As she upped the anti with her anger, other passengers decided to film her tanty. This seemed to only piss her off more! 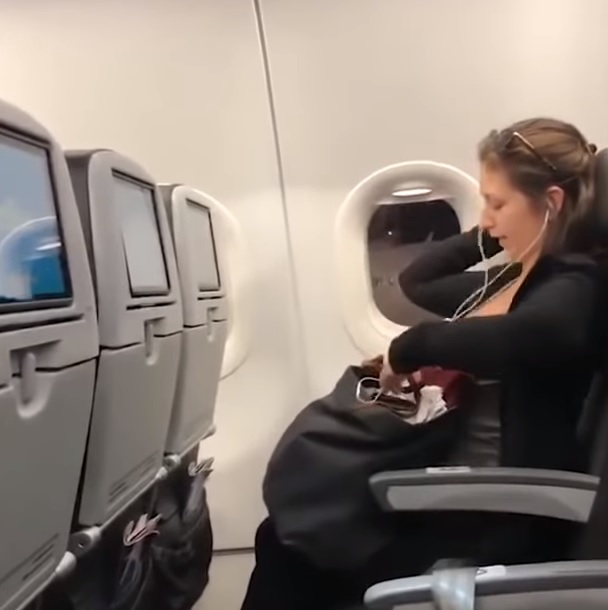 Make this viral! You wanna make this viral, make it viral. What the f**k did I do? I called someone old cause they were?

Being the type of solution-focused person we should all admire, Val tried to just find another seat. However we all know that plane seating is allocated, not a game of f**king musical chairs Val!

Meanwhile the Cabin Crew who were just trying to get the flights’ snacks and s**t coffee organized for the day were left to remove Val from the plane. She was then escorted by security in a wheelchair out of the terminal in what can only be described as her own personal, one seated divvy van.

But if you thought Val was done for the day and headed home to sober up, you’d be mistaken! She had another crack at the title, tried to board the plane again, even getting a little punchy with staff and security. 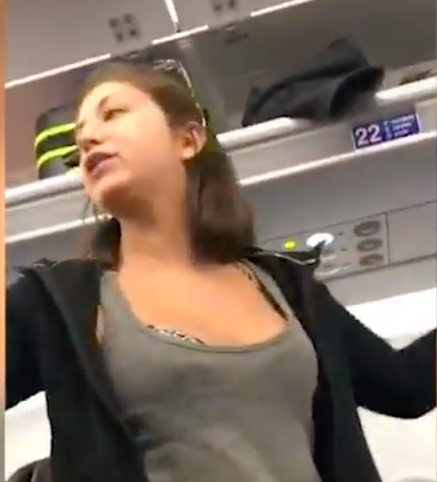 Security were taking no s**t and had Val arrested for battery and removed by the cops.

Final Thought: While most of us know what it’s like to loose ya s**t after a big day on the piss, you can’t just go ‘round spitting on people and getting physical. Time for Val to sleep if off and think about what she’s done.

Anyway, have a squiz at the video below:

By Ozzy Man 2 months ago

By Penelope "Joey" Townes 2 months ago

By Kezza Williams 7 months ago

Although some may be black, some may be cold, some may be big and some may be dead, we all have a heart of some description. And, in fairness, regardless of how yours is described by your peers and detractors, it’s pr...