Yeah, nah, it’s been a while since we had a croc story on these fair pages. Obviously, we had the alligator recently, but as cool as those buggers are, they’ve got nothing on our favourite crocodiliacs, the salties. And, if you know anything about Oz, you know that one place you’re sure to see one of those buggers is up north. You know, somewhere like the Kimberley. Deadset, even the sharks go croc-spotting up there.

Yeah, don’t get us wrong, we know that sounds like bulls**t, but apparently it’s the gospel f**ken truth. Just ask Chelsea and Bryce who were having a bit of a fish up in Kununurra the other day. 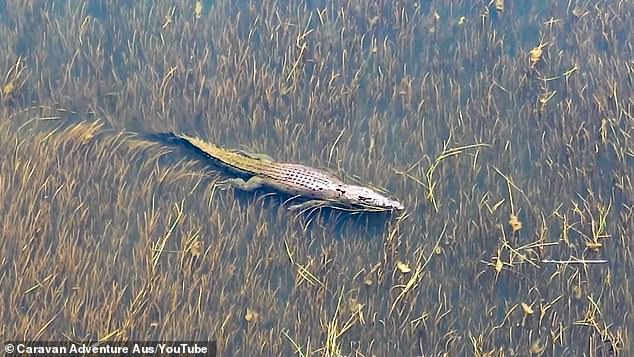 These two legends were casting a few lines and enjoying the beautiful scenery up there in the top end when they decided they should send the drone up to have a squiz at the terrain ahead of them, and we’re bloody glad they did!

They’ve only gone and filmed the moment a bull shark shapes up to a f**k-off huge crocodile. Typically, most people will tell you to be pretty bloody careful in our creeks and rivers because bull sharks are f**ken c**ts and they’ll bite your knackers off, but this one has more than met its match. 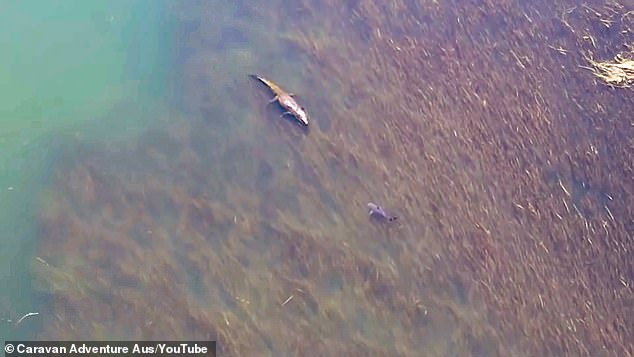 Deadset, it has a bit of a gander, gives the croc a bit of needle, then decides it should probably f**k off to somewhere else before it ends up as croc-s**t.

Needless to say, Chelsea and Bryce were a bit shocked by the awesome footage. ‘We didn’t realise crocodiles or sharks were in the area as locals are always in the water,’ Chelsea said. ‘I think this was a rare sighing but probably good for people to see what’s lurking around the waters in the Kimberley Region.’ 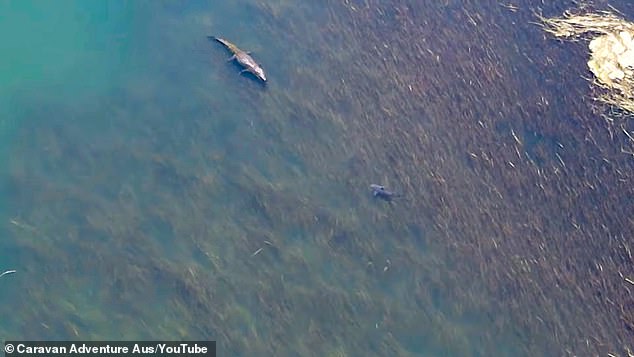 Yeah, nah, we dunno about you, but we wouldn’t be swimming anywhere in that part of the country. That is one massive f**ken saltie. And if the bull shark gives it the ‘yeah, nah, f**k that,’ we reckon everyone should.

Final thought: Have a squiz at the video below and let us know what you reckon in the Facebook comments. See you there, ya legends.