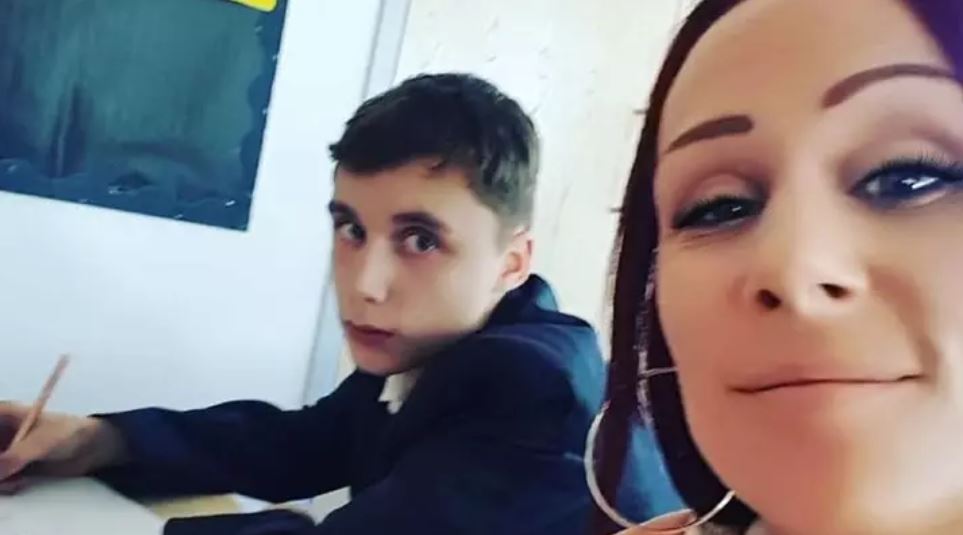 Everyone knows that teenagers can be a little bit difficult. In particular, those teens around the age of thirteen to fourteen can be deadset little s**tbags. Don’t get us wrong, they can be bloody awesome and we should probably say that those teens actually inclined to be s**tbags can be really friggen good, especially around the time they first hit the bug 13. Of course, the easiest way to put a stop to that nonsense is with some proper parenting. And that’s where Becky Crandley, mother of a kid in year 8 at the local high school, comes in…

Apparently, when she found out her young fella had been playing up at school, she knew exactly how to sort the little dropkick out.

She decided she’d embarrass the crap out of him by joining his class for a surprise visit.

She reckons that in the past, when broaching the subject of school behaviour and discipline with Master Crandley, she’d threatened to, “Sit with him in school if needed, (but) he always laughed it off.”

So when his behaviour escalated, she knew she was gonna have to do something to steer him back on track. “It all started last year with his behaviour change, it’s part of growing up I think, but it’s his rudeness and disrespect I cannot stand. I have had phone call after phone call about his behaviour. He’s had an untold amount of detentions and isolations but nothing seemed to bother him.” 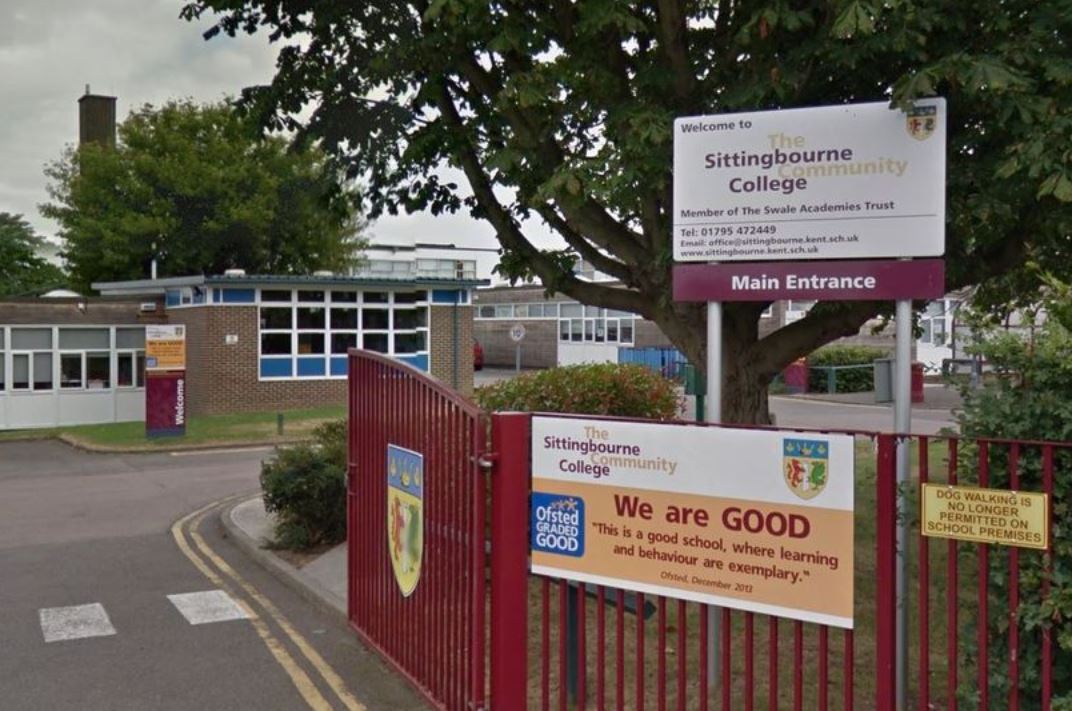 Finally, things came to a head with the beginning of the new school-year. “Since they’ve been back this year I’ve had several phone calls already. So when his maths teacher emailed last week and said about an incident, I said to her I would join him.”

Naturally, the teacher was totally okay with the course of action, and had Mum come in to teach the bugger a lesson. “He didn’t have a clue, and he was very embarrassed for sure. I was introduced as his mum. If only I got a picture of his face when I walked in and sat down next to him. He went so red there’s nothing I can compare it to.” 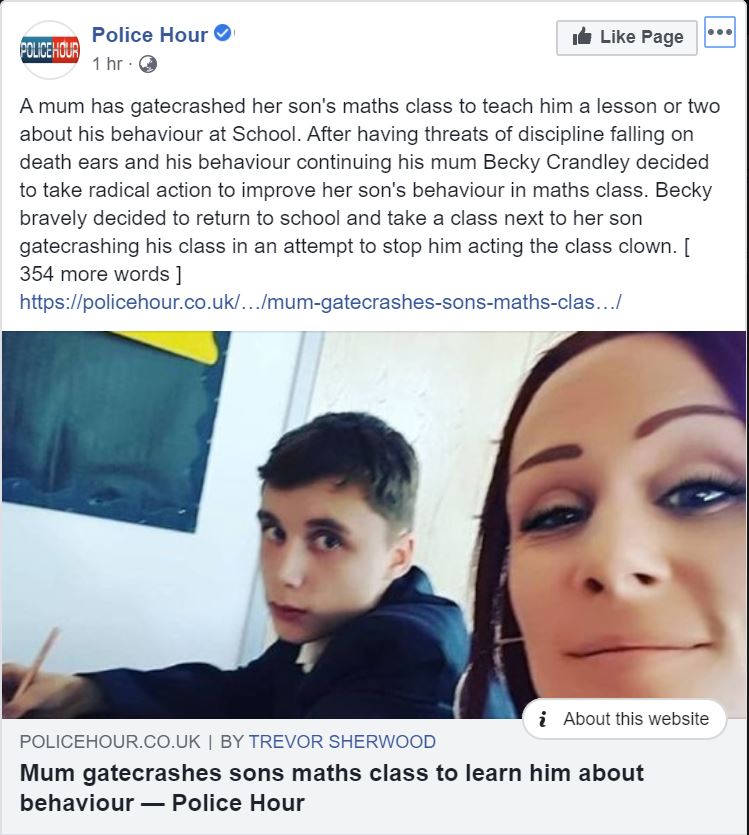 Final thought: We bloody love a good dose of proactive parenting when a ratbag kid is involved, and we reckon Becky’s bloody top-notch discipline is something all teachers will admire and other parents should aspire to. Let’s hope the boy’s learned his lesson and stops getting in trouble!