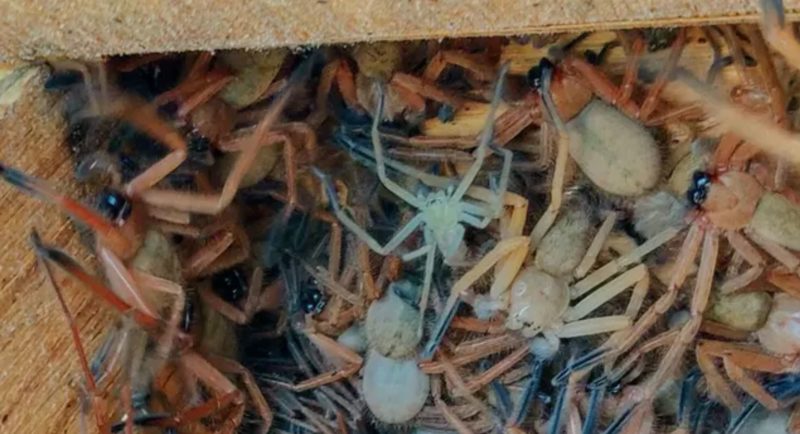 That old chestnut about Ozzyland being a place that’s f**ken chockers with deadly – or at the very least, scary – critters just keeps popping up on this website. To be honest, that’s because although our bewdiful island home is full of critters others might find a bit disconcerting, we bloody love ‘em. Snakes, sharks, crocs, scorpions, centipedes, drop-bears, jellyfish, backpacker murderers and spiders; we reckon all of ‘em are a vital part of our ecology. So when we discovered that Bush Heritage Australia had found whole colonies of huntsman spiders hanging out in writhing packs, we had to share…

So, yeah, Delena cancerides, the social huntsman spider, lives up to its name.

It’s social as f**k and it’s a bloody stellar hunter. You might even know them as the spider featured at the very start of that classic spider film, Arachnophobia. 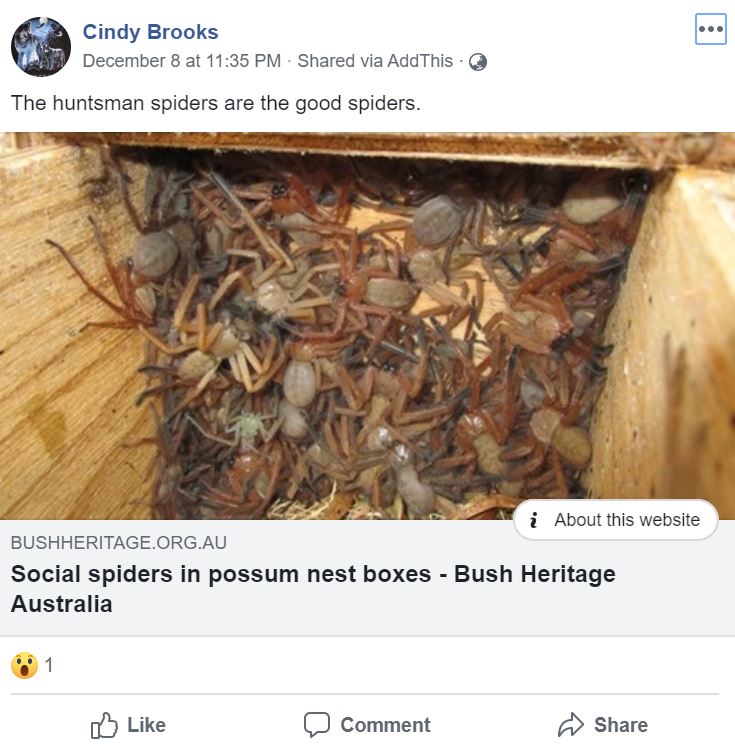 Anyway, Bush Heritage Australia, an organisation that looks after the bush and all the bloody mintox creatures that live in it, had recently installed a whole bunch of possum nesting boxes for some of their marsupial friends and was checking up on them to see if the local possums had moved in when they found something unexpected.

Angela Sanders, a spokesperson for the organisation, said, “Pygmy possums quickly took up resident in the nest boxes we erected in a restored habitat. What we didn’t expect were the large colonies of social spiders that also moved in. It all started about the same time we were finding pygmy possums in the boxes. But on lifting the lids of some, we found many huntsman spiders of all sizes whizzing around inside.” 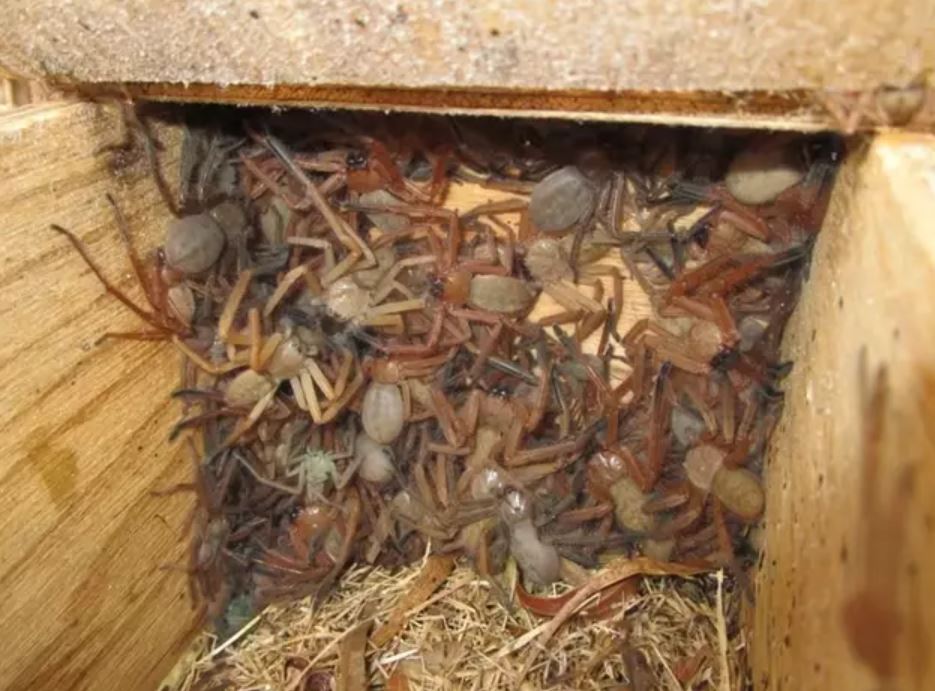 To put exactly what you’re looking at in these grouse bloody pics into perspective, some of these spiders can grow to have a leg-span of 30cm. Typically, they’re only 15cm, but 30’s not out of the question.

Sanders reckons, “They’re a species of huntsman that live together, normally under the bark of trees. In the restored area, tree bark is in short supply at present and they’ve found the wooden boxes suitable.” 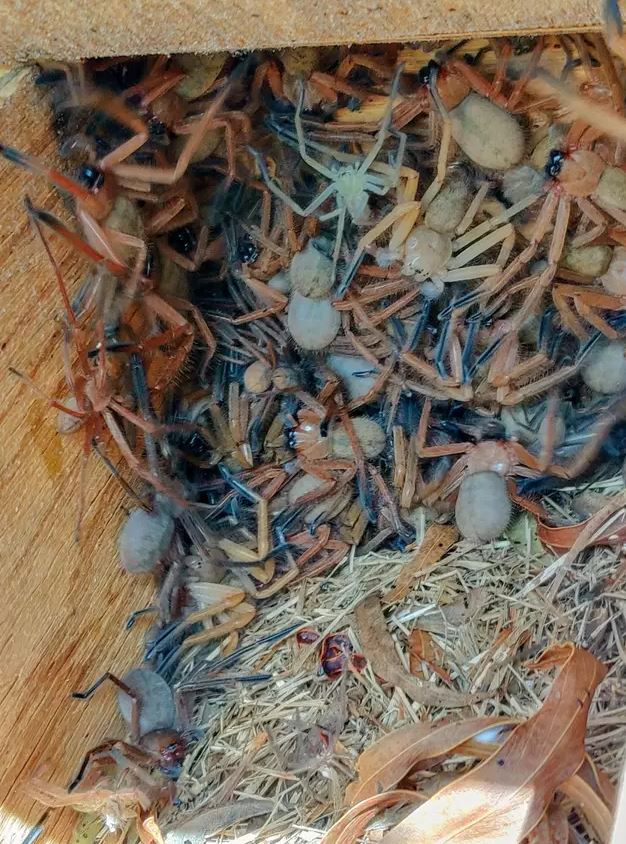 Final thought: Yeah, if you’re still with us, we bloody love this stuff. Honestly, we’re proud of our spiders – and all the other creepy crawlies calling this place home – and we reckon it’s pretty f**en nifty that we’ve got such good photos of them all hanging out and showing people exactly how to be social. Huntsman spiders, these top bloke and top sheila awards are all yours.