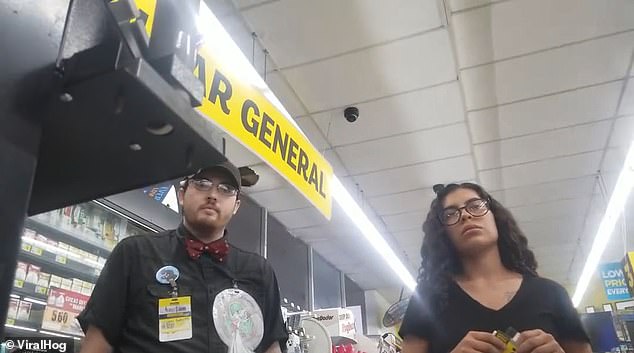 When you’re a Dad, you’ll do bloody anything to protect your little ones. Matter of fact, hearing that anyone has made your daughters uncomfortable, embarrassed or ashamed is the kind of thing that’s likely to send your rage-o-meter soaring to the red-zone. That’s exactly why we feel for the pissed-off father in this video. The dude’s confronting the shop-assistant who put s**t on his daughters the very first time they had to buy their pads. 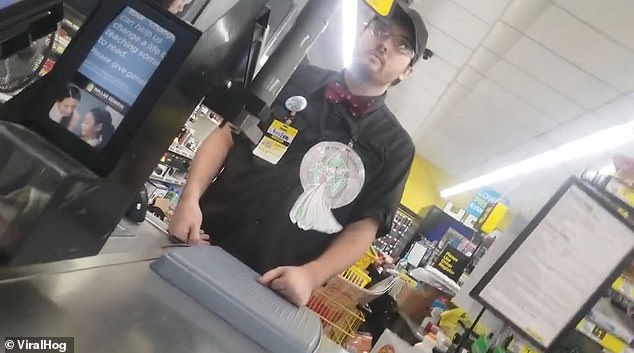 Yeah, nah, if there’s one thing we certainly don’t envy the fairer sex for, it’s having to deal with periods. That whole situation seems to us like it would be a pretty uncomfortable one. We’re not gonna comment on the physical or emotional aspects we don’t understand, but we get why it would be pretty upsetting if you were twelve years old and a douche-bag shop assistant decided to make smartarse comments when you’re buying pads for the first time.

When we join this video, we join at about five minutes after that event. The Dad, is understandably, grumpier than a wombat with a wasp-sting on his wanger. “My wife and daughters came in here to buy some pads and you cracked a joke and embarrassed my daughters – you think that’s okay?”

The dude behind the counter really had an easy option at this point. All he had to do was say he was sorry and then shut the friggen hell up. We reckon the whole thing might have blown over pretty quickly if he’d done that. But, er, yeah, nah. He doesn’t.

The exchange goes on for a while, with the assistant refusing to give a proper apology or even say he understands what the angry father is saying. “I’m sorry that you feel that way,” he says. And you know as well as we do, that’s not even half an apology. 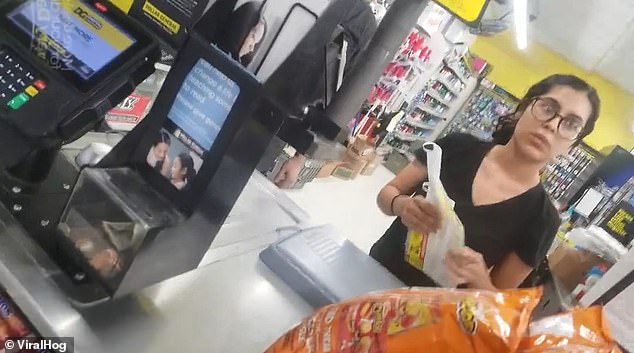 The father tells him he’ll be calling corporate and then says, “And you’re also going to have a problem with me – you live here? I see you all the time. My daughters are crying and I’m not all right with it. Just keep you f*****g mouth shut, keep it shut and do your job. Give customers their stuff, give them their change, give them their receipt and let them go on about their business – nobody has time for your shit.”

From there, there’s a manager who tries to maintain some semblance of authority while the assistant directs the customer to the district manager’s phone number. We’ll let you watch the rest, but it’s an interesting turn of events. 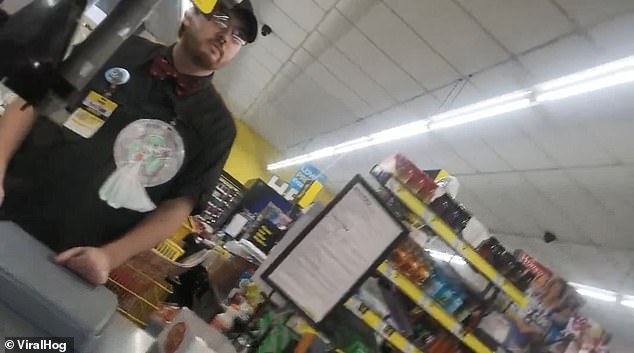 Final thought: Man, this one could have been so simple to avoid. It’s pretty easy not to say cringe-worthy s**t to twelve-year-old girls, especially about something so potentially sensitive. Anyway, let us know who you reckon was in the wrong and how you would have handled the situation.