We bloody love tennis here at Ozzy Man Reviews. One of the deadset top reasons for that is that for a mostly one on one sport, you get some angry f**kers on the court. We should know, some proper agro pricks have represented Ozzyland, but this time it happened to be an Ozzy bloke’s opponent who cracked a f**ken wobbly. Stefanos Tsitsipas was the culprit, but instead of copping a lambasting from the umpire, his bloody mum came over and sorted him out.

The incident occurred during Greece’s ATP Cup match with Straya, incidentally against renowned Ozzy hothead Nick Kyrgios. At the start of the match, everyone was busy wondering if Kyrgios could get through a match without throwing his toys out of the pram. He had, after all, just returned from a huge suspension. 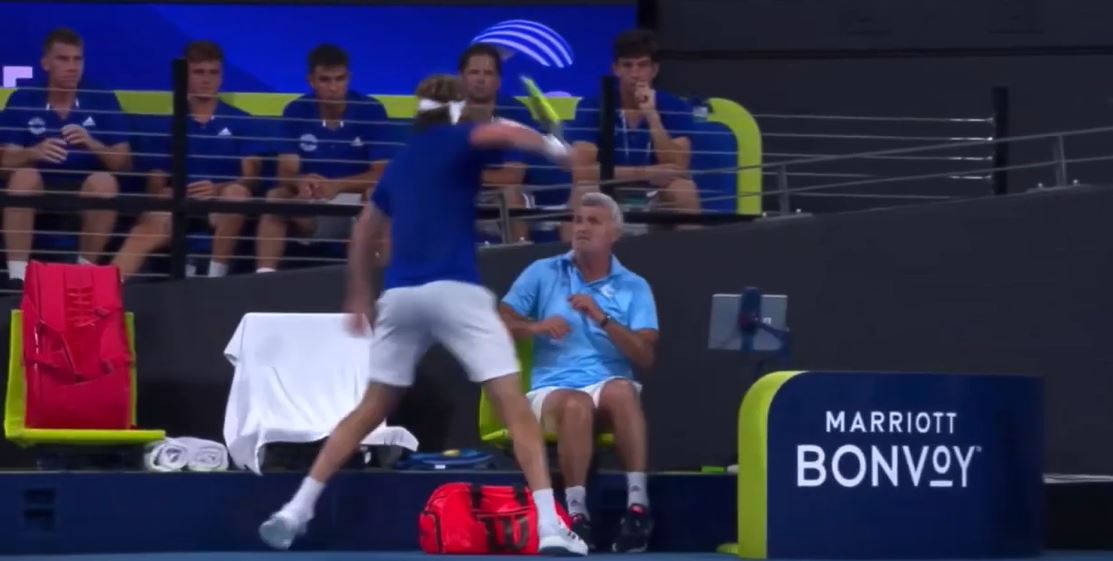 They needn’t have worried, though. Yeah nah, it was the Greek who threw a paddy. Two of them in fact. And it was his mum’s reactions to these little temper-tantrums that stole the show. The first one happened after Tsitsipas lost the first set. He whipped his racquet into the bench, catching his old man – and coach – on the arm. 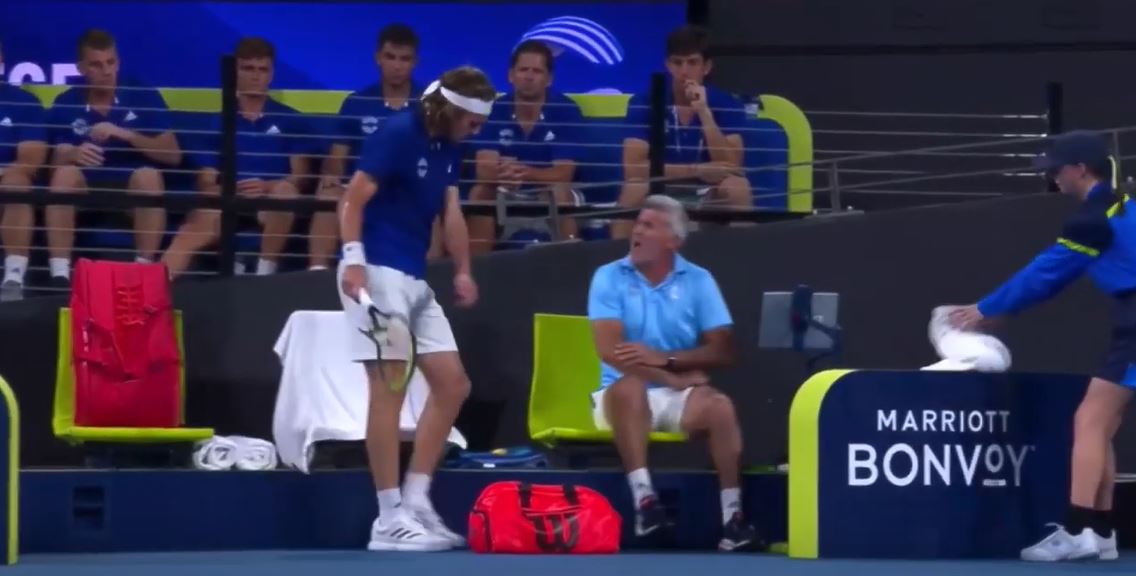 Mum wasn’t too impressed. She came straight over the world number six and gave him a f**ken spray, which you can see in the video down below. After that, she chewed his arse out again when he smashed the ball in Dad’s direction, forcing him to run for cover. 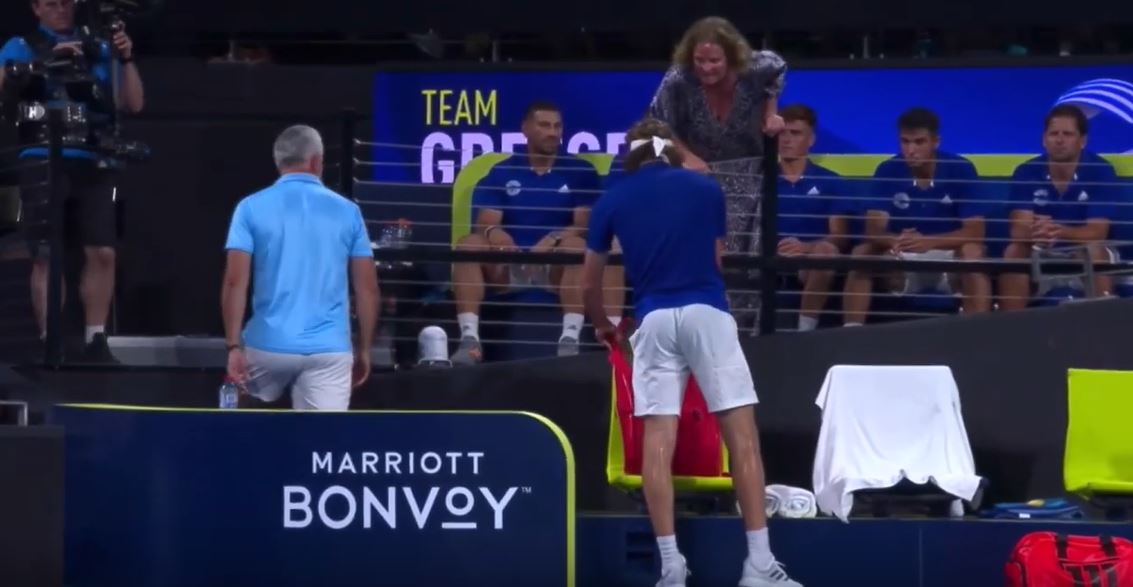 After the match, Tsitsipas played the tanty down. “It was fine. It happened accidentally, I didn’t mean to do it, and, you know, we straight away forgot about it and moved on.” Better yet, though, he even had a bit of a chuckle with the journo asking him questions about it after the game.

“Maybe. Maybe I’ll stay in my room for three days. Grounded by my father.” 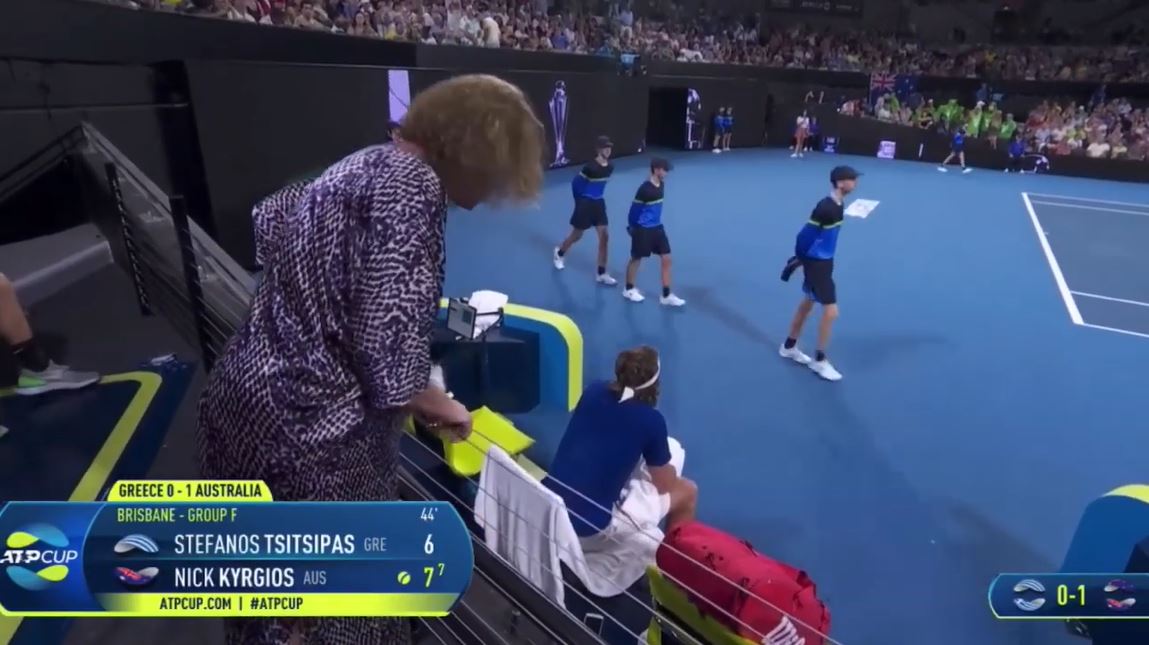 Final thought: As much as you might think tennis is a relatively calm sport, the simple fact is that it’s full of cranky buggers. We know there’s a lot to say about the likes of Kyrgios, but we’re glad it’s not him for once. As for Tsitsipas, we just love the way he actually looked like a bloke who’d been told off by his mum. Good stuff, Mama Tsitsipas.