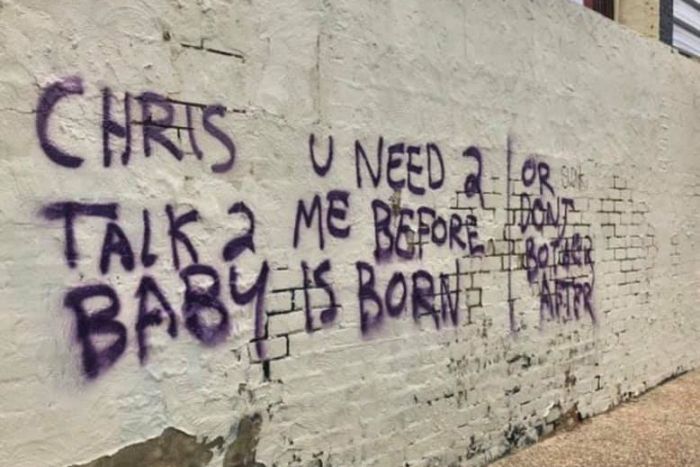 Back in the day, communication was pretty bloody simple. You just drew a bloody picture on the wall and all the other caveblokes and cavesheilas saw the picture and got the message. These days, there are loads more ways to communicate, but if you can’t get through to someone – for whatever reason – and you really need to chat, you can still rely on old-fashioned wall-writing. Deadset, you can’t block that s**t…

And that’s exactly what we assume the unknown sheila who graffitied bloody loads of public spaces in the Melbourne suburb of Frankston. If you haven’t seen it, the desperate sheila took to the walls of the town with a can of purple spraypaint and a simple message: 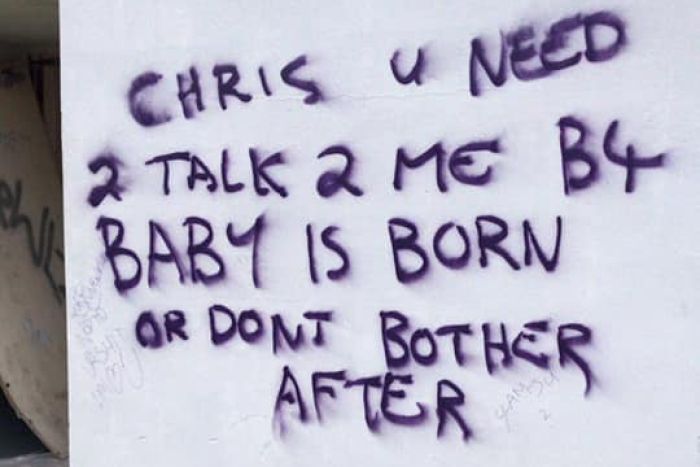 What we really like about the branding of the artist is that even when she wrote it in pen, she kept her colours consistent. Yeah, nah, she knew that she needed to portray her emotional pain like a big bloody bruise on the infrastructure of her fine suburb.

Unfortunately, though, bloody Chris remains unmoved. Obviously, we’re assuming he’s seen it, but seeing as the whole bloody internet’s seen it – the post was shared 10,000 times on the day it went online – it’s pretty reasonable to expect someone’s at least pointed the bloke in the right direction. 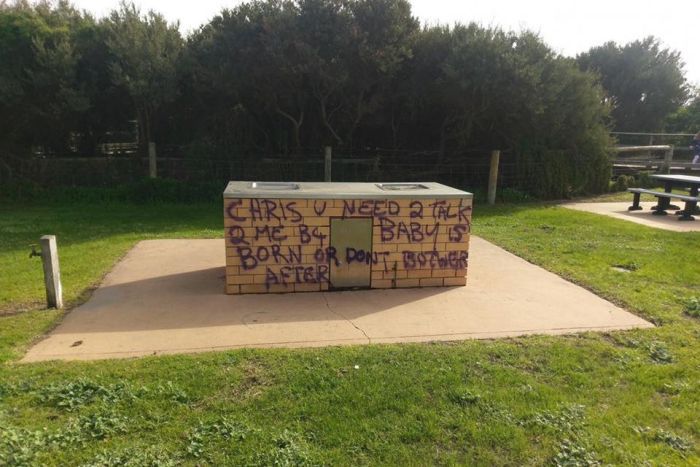 No, not the barbecue! That’s a bloody cultural monument, you monster! Credit: Facebook/Frankston Community Noticeboard

Now, it’s not for us to say what Chris should or shouldn’t be doing. We don’t know the context of the message. We know that there’s a pretty straight-forward reading that suggests he’s knocked her up and gone for the proverbial packet of smokes, but what if it’s not his baby? What if Chris is a sheila and it was a bloke that tagged up the walls. 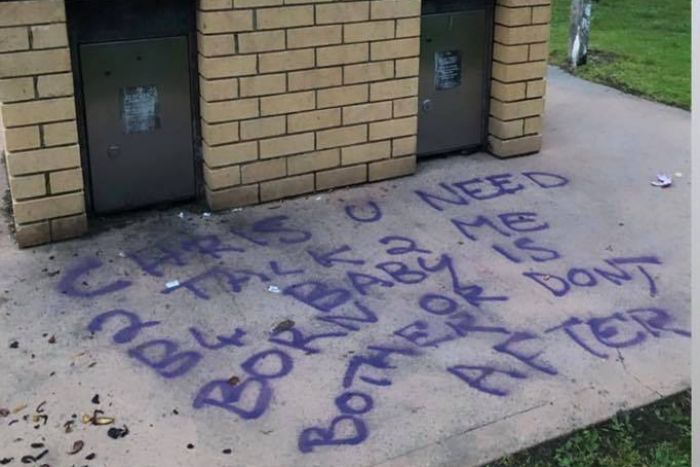 Anyway, regardless of all that, Frankston council are pretty bloody annoyed about it. Yeah, nah, they’re not happy at all. Acting like someone had shat in his hat and punched it, Frankston’s mayor, Michael O’Reilly said, “Council acted quickly to remove the graffiti from affected areas, and would encourage those involved to consider more constructive, and less illegal ways of communicating in the future.” 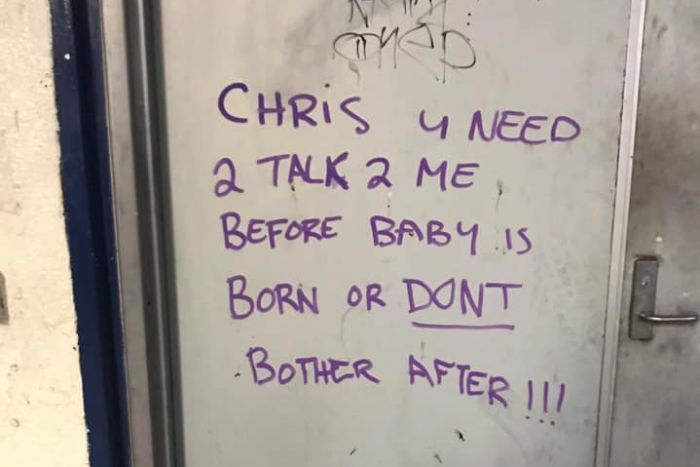 Bloody hell, Michael, haven’t you ever been in love with a cavesheila, mate? Sometimes they only understand a blatant bit of wall-art.

Final thought: Obviously, this one’s got some pretty juicy content behind it. Now, we know that bloody loads of Ozzies are reading this, so if any of you are from Frankston and know the goss, bloody put it in the comments. We need this story. Failing that, we’d love to know what you blokes and blokettes reckon; should Chris get in touch or not?