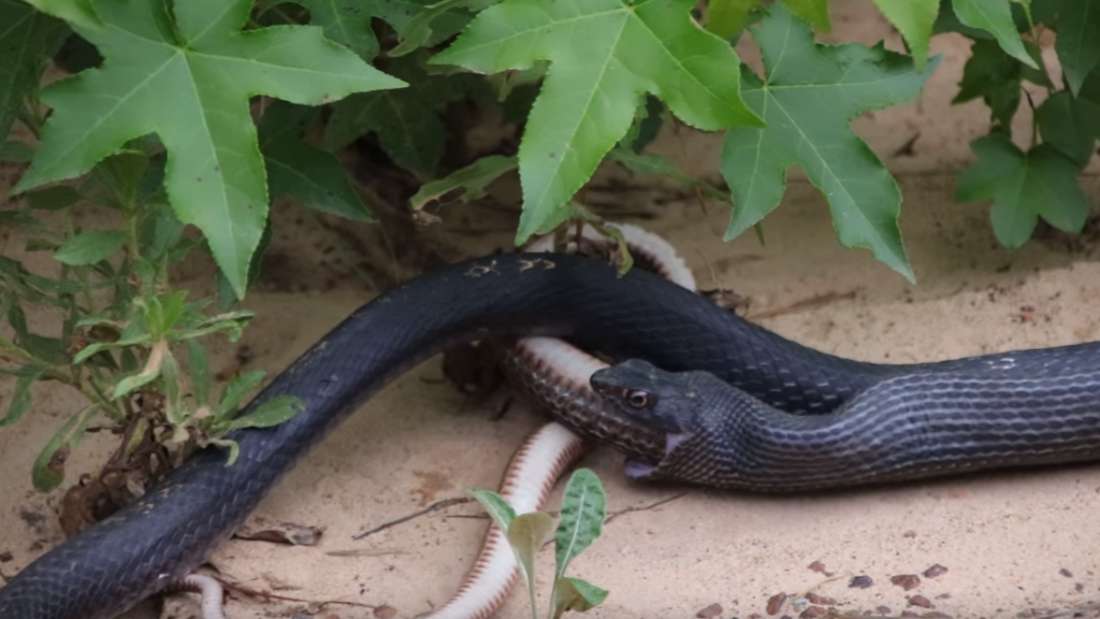 Snake Regurgitates Up Another Live Snake After Getting Startled

Don’t you hate it when you’re unashamedly enjoying a big meal, when you notice someone watching you, judging you, from across the restaurant, making it extremely awkward just to finish eating? Well now imagine that your meal is still alive, and you’re a snake.

YouTube Christopher Reynolds states that he was leaving his mother’s house with his wife when he spotted the snake on the side of the road… so he backed up to take some photos.

His wife suggested grabbing some video, and this is the result.

The video shows the snake throwing up its lunch, which happens to be another snake, almost as big as itself. At the beginning of the video it could be easy to miss that yes, that is in fact another snake’s tail sticking out of its mouth.

“That other snake’s alive!”, exclaims Christopher, clearly surprised to see the snake survive the ordeal.

If not for a bit of human curiosity, that snake would probably be snake-shit by now. Snakes are well known to regurgitate their prey if they’re disturbed too soon after eating, with the digestive process taking up a significant mount of energy, making any sort of escape significantly more difficult. Sort of like the feeling you get after your third lunch whilst spending Christmas with the relly’s. You can almost see the shame on the snake’s face as it looks towards the camera.

He’s going to have a tough time explaining this one to the neighbors. Good rule of thumb – don’t eat their kids. The snake then promptly f*ck’s off, leaving it’s pray stunned, but alive, and probably wondering where the hell he’d just been. The full video can be found here.