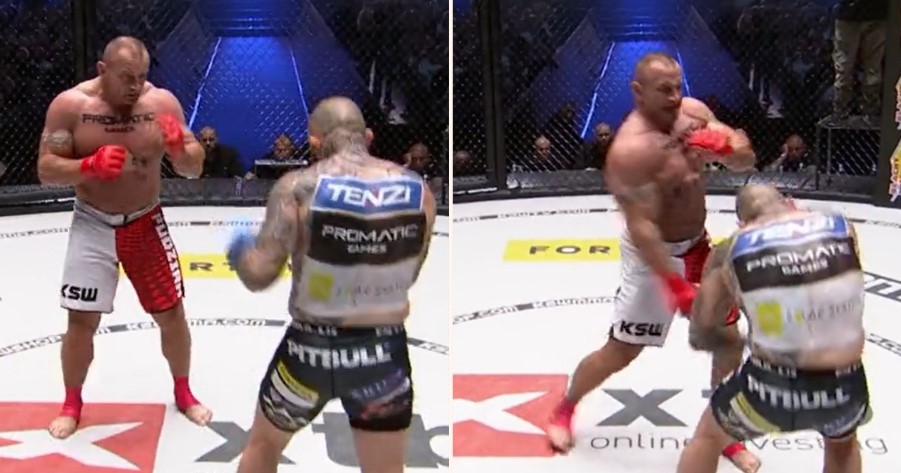 Sometimes a sports headline can seem pretty derivative. Yeah, nah, it’s true. And that’s because sometimes a really fantastic moment needs to be seen to be truly appreciated. We can try to do it justice with words, but it won’t always work. Whether it’s a f**ken fabulous try, a belter of a goal, or a punch so bloody clean that it shakes the world, nothing can do it justice like video. Still, we can only but try to describe something as glorious as Pudzianowski’s uppercut on Michal Materla…

So, yeah, look, that’s the bloody gist of it. Pudzianowski, a bloke who’s come to MMA after a career as a bodybuilder, is now on a streak of five victories due to knockout, bringing his professional tally to 17 wins and 7 losses. The punch that won him this knockout was, quite simply, brutal as f**k.

It all went down in the first round of Pudzianowski and Materla’s contest at KSW 70. You can see the video down below, but the two behemoths are squaring off when Pudz lands a right-hand blow before going straight through Materla’s hands with an uppercut that hit his opponent’s off switch.

Yeah, nah, from there it was blinds down, doors locked, lights out, and we’ll see you in the f**ken morning when you’re done sleeping it off.

After the match, Pudzianowski said, “First of all I would like to give thanks to the KSW bosses and to Michal, that I got the chance 13 years ago to go learn everything from him. I went to Szczecin to learn, and I had to work so hard to get that chance. You have to work hard to make it, they were always laughing at me and calling me a ‘red balloon’. That red balloon somehow survives.”

Yeah, f**ken right on, you big red balloon, you. Right on!

Final thought: All right, we know when we share MMA news there are hundreds of experts in the comments section detailing every fine moment. So, let’s hear it. Tell us what you thought of this knockout, whether or not Pudz is going places, and whether you could take him. See you there!