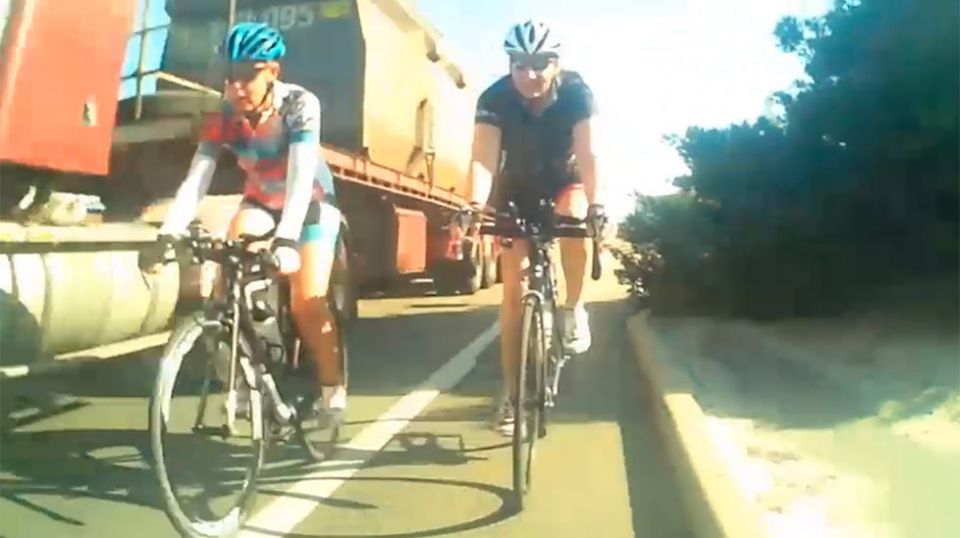 I'm pretty sure good parents teach kids not to do things like this. Credit: Yahoo News

Cyclist Shares Footage Of Near Miss With Truck Online, Gets Inundated With Abuse

When you’ve recently experienced something pretty f***ing frightening, you’re generally excused for wanting a nice hug, a nice mug of hot chocolate and maybe even some general supportive statements from friends and family.  What you don’t want is internet trolls getting on your case…

At the end of 2017, a Perth Cyclist shared footage from her husband’s rear camera which she believes shows how close she came to being sucked into the slipstream of a passing road-train. 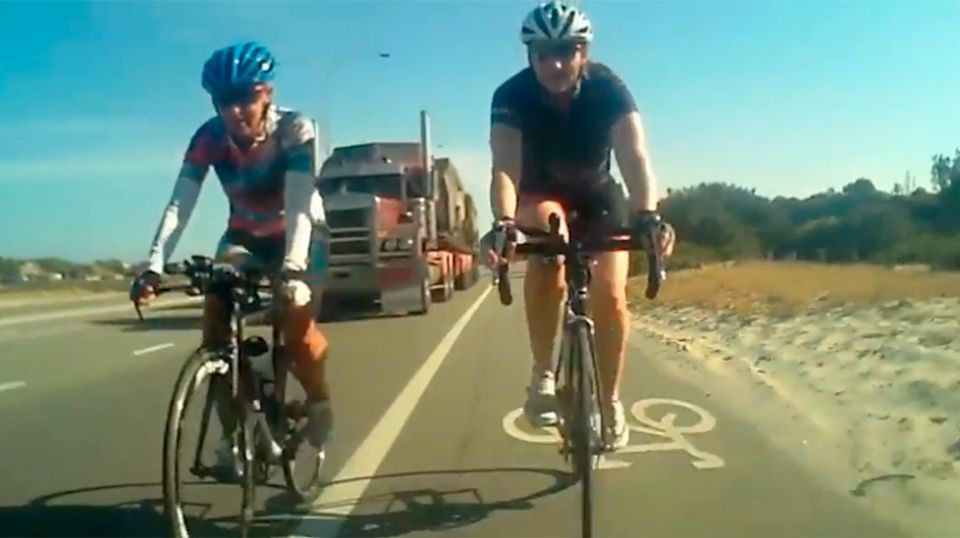 Look, a perfect opportunity for the driver and the cyclist to avoid a potentially dangerous situation. Credit: Yahoo News

In fairness, the footage in the video doesn’t look as bad to me as she says it is and she does keep venturing out of the bike lane and onto the road when she could have moved into a single-file line with the other riders, but she’s right when she says the truck driver could – and probably should – have given her more space. 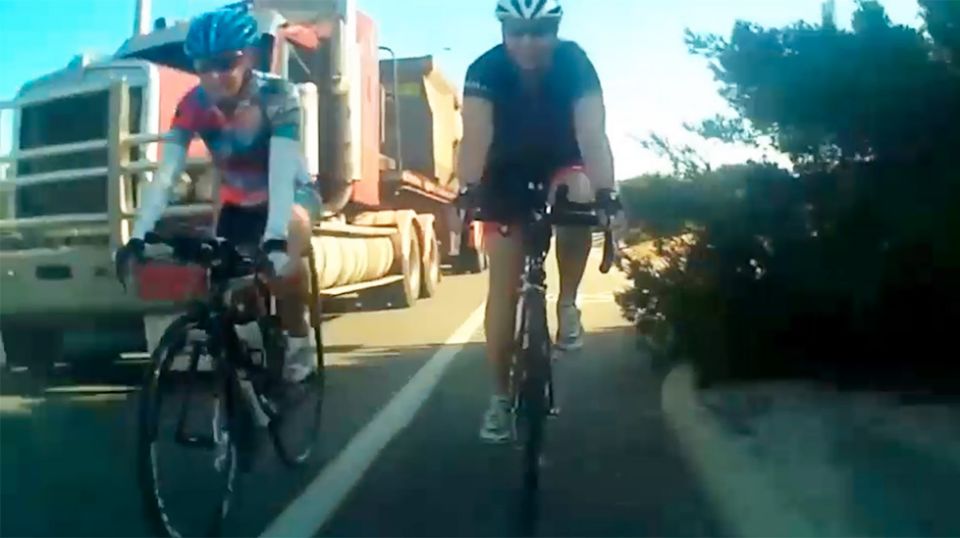 No, I’ll stay on the outside of this line while a truck goes by. That’s the smart thing to do. Credit: Yahoo News

I’ll be honest, I kind of think a lot of cyclists put themselves in unnecessary danger with the way they ride to the right of the bike lane, but it’s just stubbornness and the ‘I’m right’ mentality.  Unfortunately, plenty of drivers have the same mentality.  I’d rather be right and frustrated than right and flat.  Don’t know about you.

However, let’s go back to the abuse.  It’s just a bit sh** to start launching personal attacks at the woman.  She’s obviously learned from the experience, but have a look at some of this:

This was followed up by, “Maybe learn the road rules before you have a whinge and put your life and others at risk idiot.”

“Why would (you) swerve out towards the cars lane as the truck are passing then complain about the truck ‘almost taking you out’ how about u ride in a single file line?” another man wrote.

“Or simply get the f*** of the road. Ride like idiots and still play victim. Typical cyclists.”

I’m pretty sure good parents teach kids not to do things like this. Credit: Yahoo News

You get the idea.  Messages like these aren’t really cool.  Sure, she was a bit reckless, but the law says you need to give cyclists space and hopefully she won’t be riding on the road again.

So what I have to say to the trolls is, cut it out, ya bogans.  Internet abuse isn’t cool.  A far better solution is to start a satirical website and poke fun at the morons that way.

In the meantime, here’s a common-sense video about truck-driver’s blind spots.  And yes, I know he approached from behind and could see them…