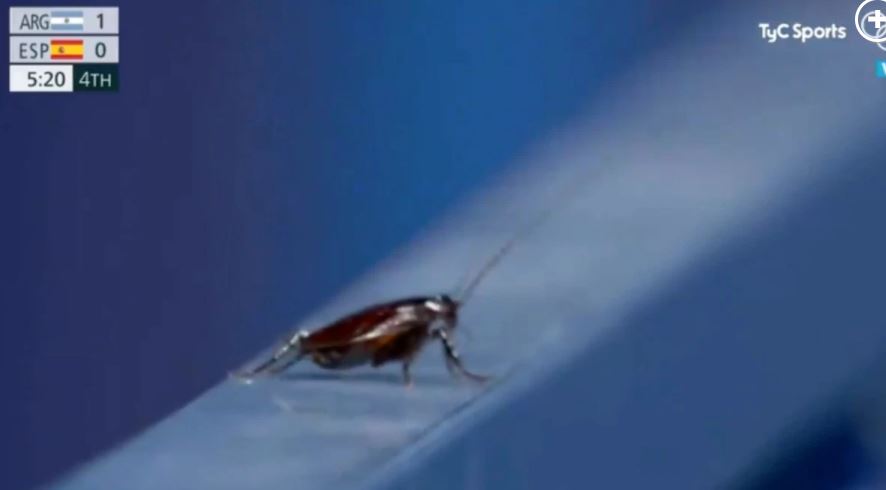 By and large, we reckon most people out there are with us when we say that cockroaches are f**ken disgusting. Yeah, nah, deadset, these little buggers are pretty horrible little creatures that are pretty handy at giving people the creeps. And of course, we know not everyone agrees, but those people who don’t are probably in the minority. Still, they can get jobs anywhere. Filming the women’s hockey at the Olympics perhaps…

Yeah, nah, deadset, when we first heard this we weren’t quite sure whether people meant that he just filmed the bug for a bit or whether he went all f**ken National Geographic on it, but it seems like he was having a bloody good gander.

As you’ll see in the videos, he zooms in on it as it goes across a beam or a rail or something, and he gets a nice crisp shot of the scuttling little insect making its way to someone’s pantry where it can spread disease and take a thousand tiny s**ts.

The whole time this was going on, he was supposed to be filming the women’s hockey contest between Spain and Argentina. For what it’s worth, we could understand if it was one of the other sports, but hockey’s not a bad game.

Yeah, nah, we can only assume he was so in tune with his camera that when he turned to watch the little bugger, he forgot he was looking through the lens.

guy wanted to be a national geographic cameraman but got the olympics job instead https://t.co/n8guxQnZjp

For what it’s worth, though, most people didn’t really seem to mind. One commentator even claimed, “Guy wanted to be a national geographic cameraman but got the Olympics job instead!”

Final thought: Yeah, nah, we get it, we’re fascinated by simple shit like this in unusual places too. Deadset, we’d probably want to know if it was the same as the ones back home or whether it was a special Olympic cockroach. Don’t you reckon?