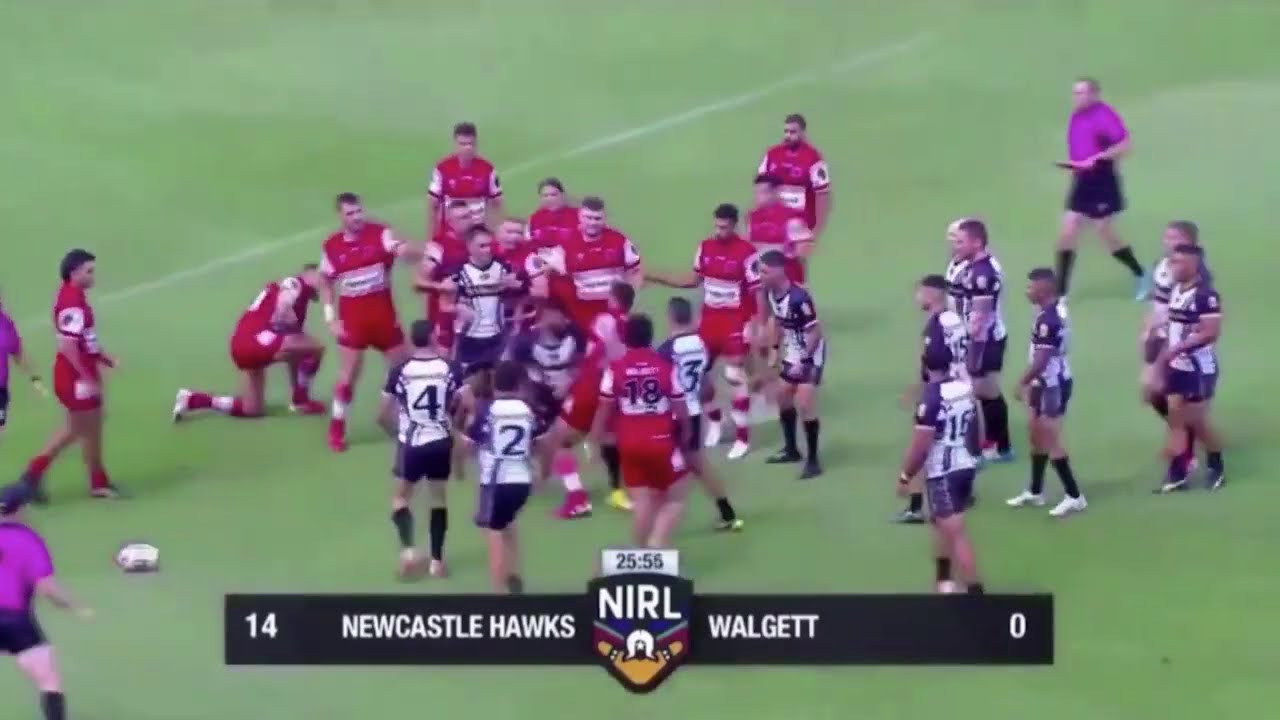 The biff. Plenty of commentators and professionals will say it’s a good thing it’s been phased out of the modern game, but we’re not gonna lie about it. When it comes to Rugby League, we’re all for it. Deadset, there’s nothing better than sitting back with a brewski and watching a couple of big burly Rugby League players punch the f**k out of each other. That’s why we bloody loved this weekend’s NIRL final. Check out the f**ken punching below!

In a fiery NIRL final between the Newcastle Hawks and Walgett at Campbelltown in Sydney’s West, things got proper old-school when a f**ken fracas broke out between the rival clubs. 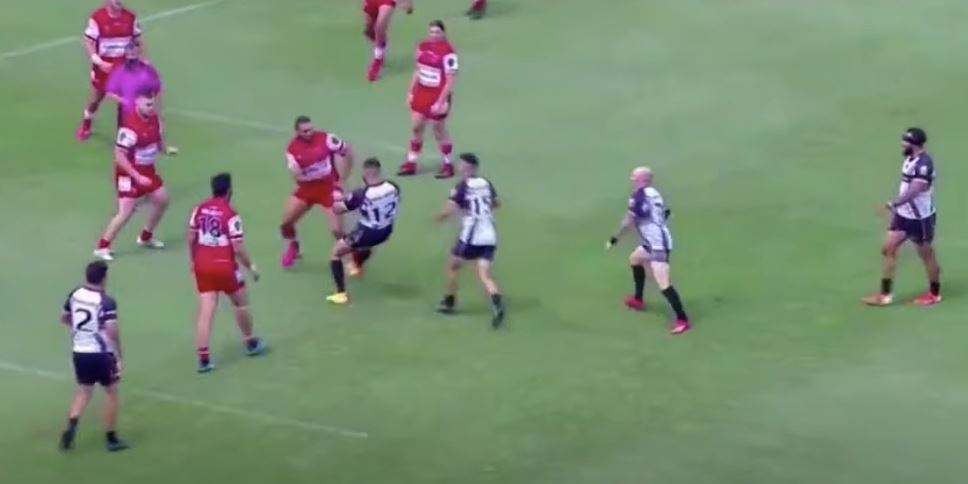 It all started just after the Hawks had gone 14-0 up. Callan Briggs f**ken burst down the left, but former NRL player Tyrone Roberts-Davis f**ken smashed him – and then threw in the shoulder.

From there, the handbags started. With family members of both players playing on both teams, tempers started to fray and s**t started to escalate. 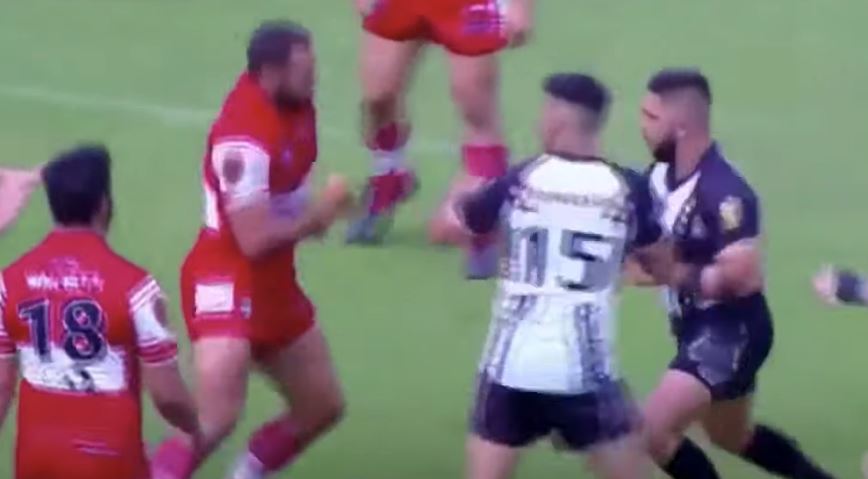 The ref managed to calm it down for a few seconds, but as soon as the ball was back in play, it was on like f**ken Donkey Kong!

Randall Briggs fronted up to Roberts-Davis and shaped up. And that’s when s**t really kicked off. Yeah, nah, the biff was back and knuckle sandwiches were served up left, right and centre. 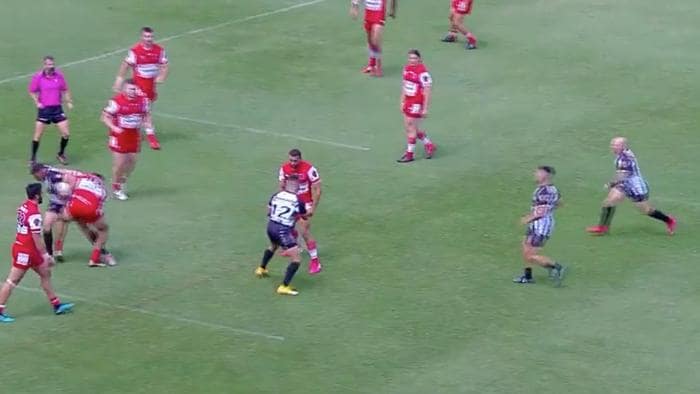 One of the commentators wasn’t too happy. He said, “This is ice hockey style,” he said. “This is unprofessional … to start swinging like this, this is no good. Back in the ‘80s? Yeah. But not now. This is stupid by both of these players.”

And to be fair, he might be right. Still, that doesn’t mean it’s not a joy to watch. 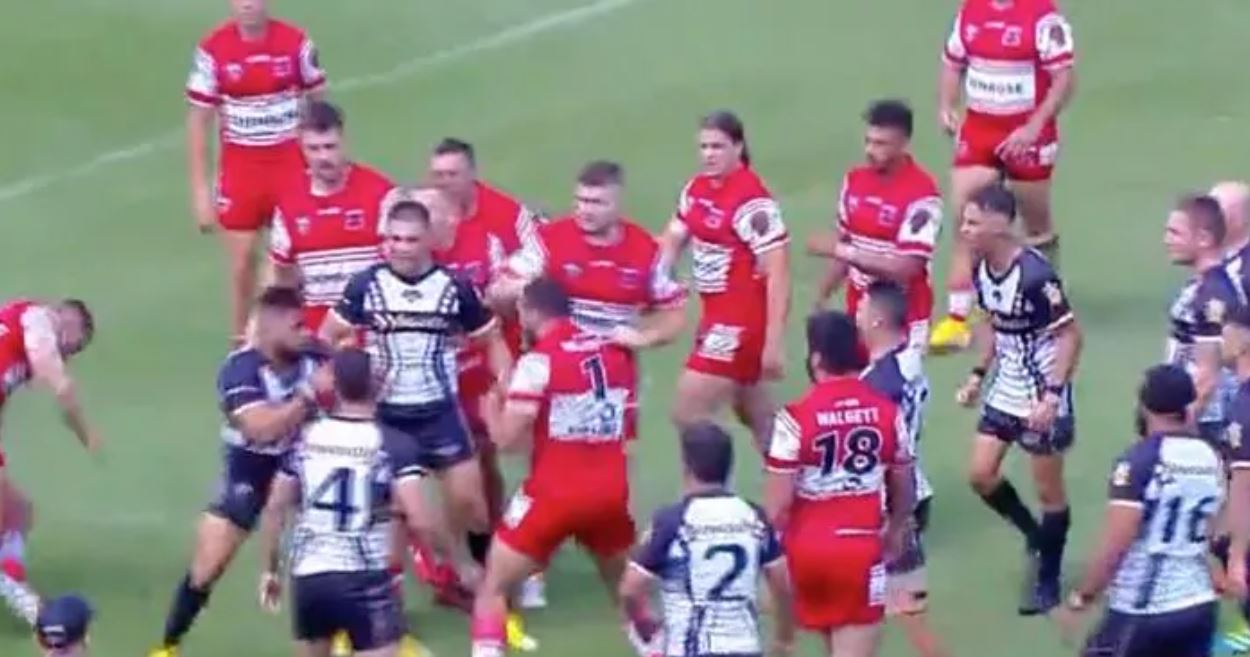 Best of all, it’s believed they shook hands when it was done. F**K yes, the biff, F**k yes!

Final thought: We’ll just throw this one out to you lot. We know you used to love a bit of biff in the footy back in the day, but what do we reckon, is it still cool, or is it something we need to leave in the past? Share your thoughts in the comments section.