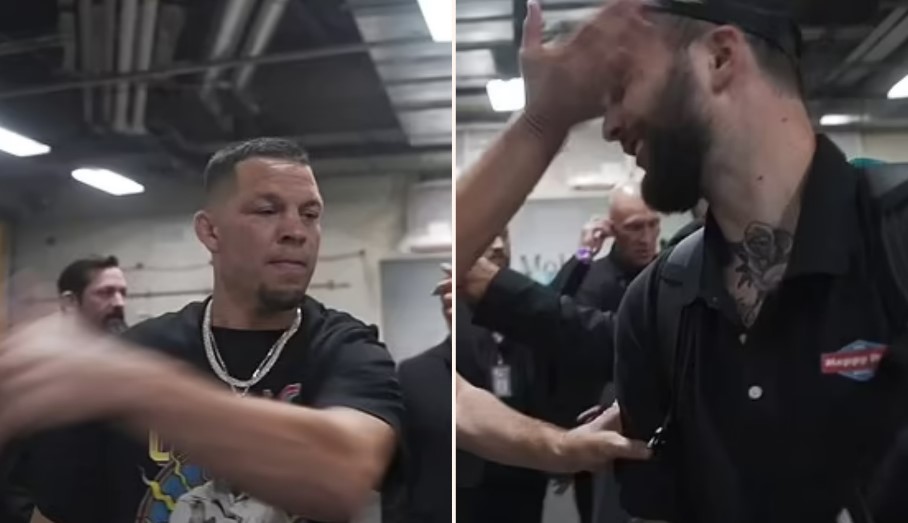 One of the things we love about the UFC is that in recent years, it’s really taken a page out of wrestling’s book and added tonnes of s**t-talking and drama to its promo. Yeah, nah, wrestling always had that ‘soap opera’ vibe about it, and UFC is adopting that s**t with a passion. Just check out this violent exchange between Nate Diaz and a reporter…

Okay, to get you started, we’re gonna give you a disclaimer. Some people are claiming this exchange is scripted. We’re not really sure either way.

We reckon you might have opinions, though, so if you do, let us know. 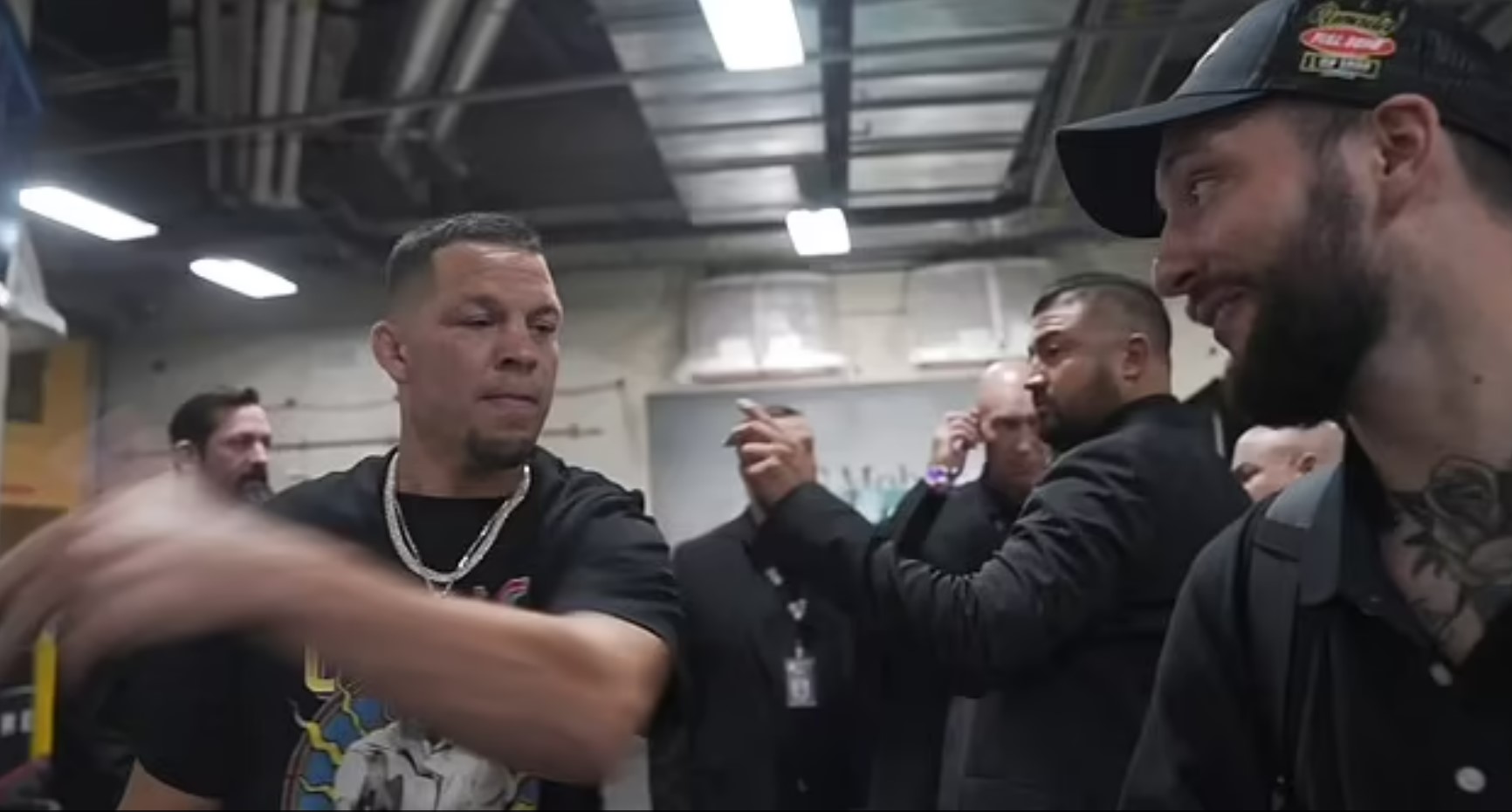 All right, this s**t all went down backstage at UFC 276. Diaz was there to watch Israel Adesanya and Jared Cannonier vie for the middleweight title and check out Sean O’Malley’s battle with Pedro Munhoz.

MMA Journalist Shawny Mack intercepted Diaz and tried to grab an interview. While it started off all right, s**t went downhill pretty quickly. Diaz leant into Mack’s microphone and said, “You’d better watch your tweets about me!” 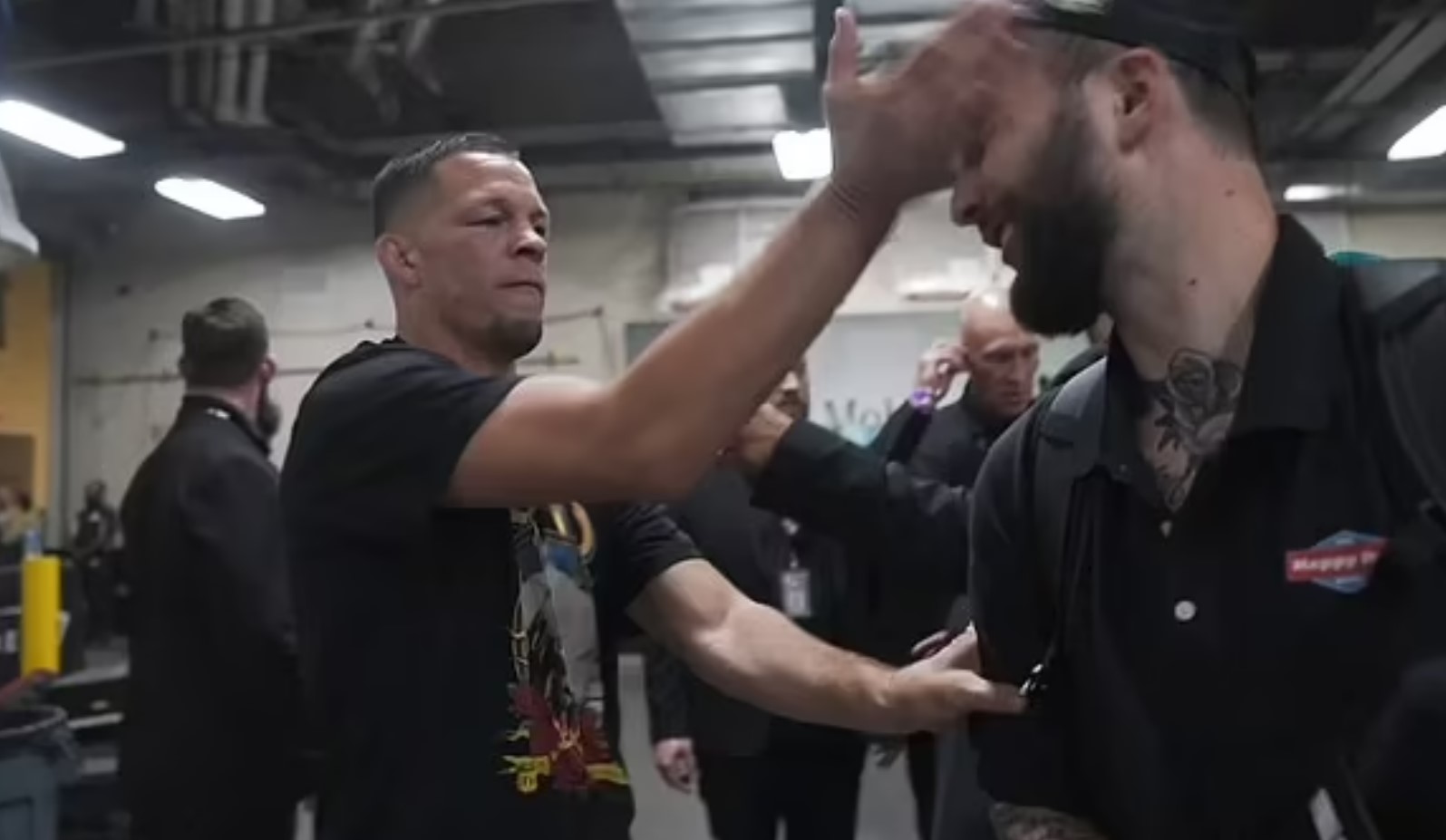 Mack grinned in response, which has a few thinking it’s staged. He said he ‘knew’ and then Diaz bitchslapped him. The fighter knocked the microphone away, then delivered one of his famous ‘Stockton slaps’ on the reporter.

Old mate’s hat went flying, but he doesn’t really respond in a way that says this is a surprise – and look, if Diaz gave us a slap, we’re not sure we’d be too keen on throwing down. We’d probably thank him for the publicity and then go home to cry. 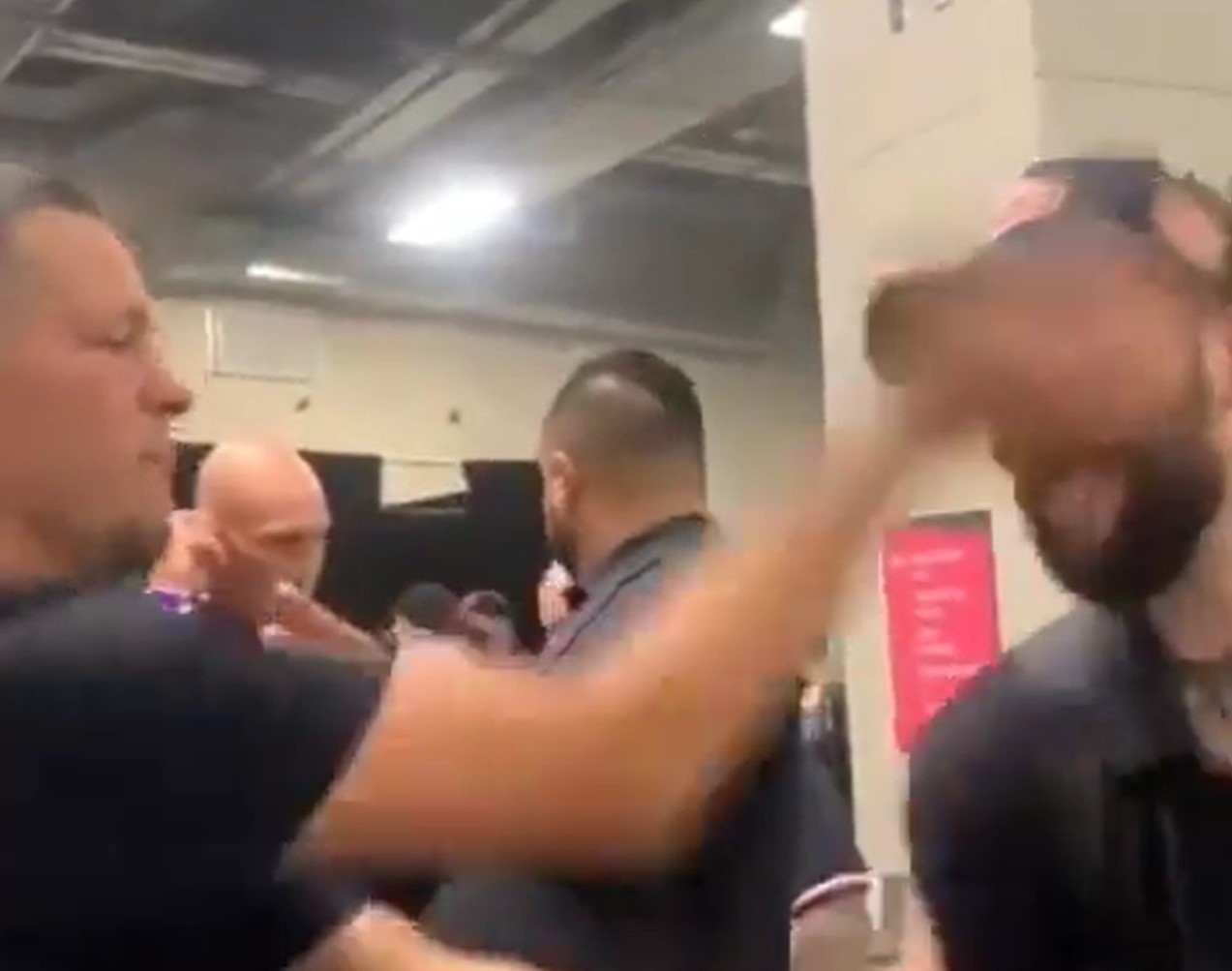 That said, it’s easy to see why some are saying this is a scripted event. If it is, we reckon that’s not a bad idea. It’s always great to add some narrative and some characterisation in these contests, and we’re here for it.

Final thought: All right, let us know what you reckon. Is this legit or is it scripted? How would you react if Diaz gave you a Stockton slap? Let us know in the comments section.

Nate Diaz is not having it. #FullSendpic.twitter.com/FEsCozOsXC

Just in case you missed it, here’s one of Ozzy’s latest commentary videos…The Most British Street Fight Ever