Some jobs require you to have balls of steel. If you’re the kind of bloke or blokette who regularly scales the outside of high-rise buildings to perform maintenance or wash bloody windows, you’ll know all about it. If there’s one thing that’s gotta test the foo-foo valve of even the bravest worker, though, it’s bloody high winds while you’re trying to do your job and not plummet to the f**ken ground. That’s why we reckon the blokes in this story must have been s**tting bricks when the wind picked up… 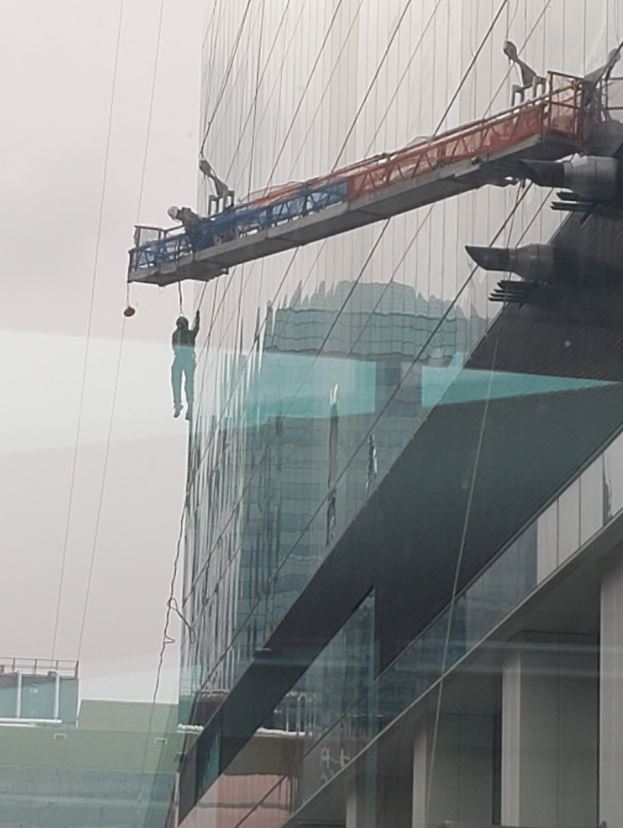 Apparently, these blokes are window washers, but there’s also a suggestion they were performing some maintenance work. Truth told, that kinda makes more sense than window washing on a windy day. We all know that when the wind kicks up while you’re window-cleaning, the splash back is worse than it is at home after a couple of VBs and a servo pie. 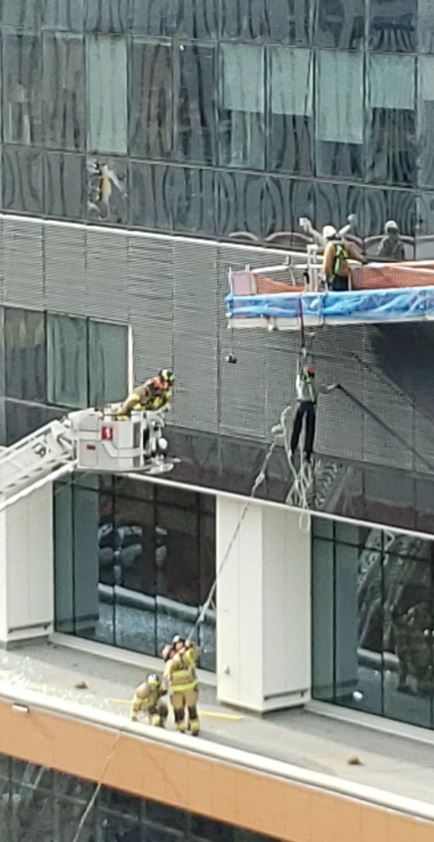 Anyway, getting on with it, these blokes were trying to do their job when the bloody wind starts tossing their swing-stage platform around like a bloody baton. Have a bloody crack at it. One minute, they’re pivoting, the next they’re swinging, and honestly, the metal construction-job just f**ks on the glass. And that doesn’t even mention the poor bloke who’s hanging in there by the skin of scrotum. 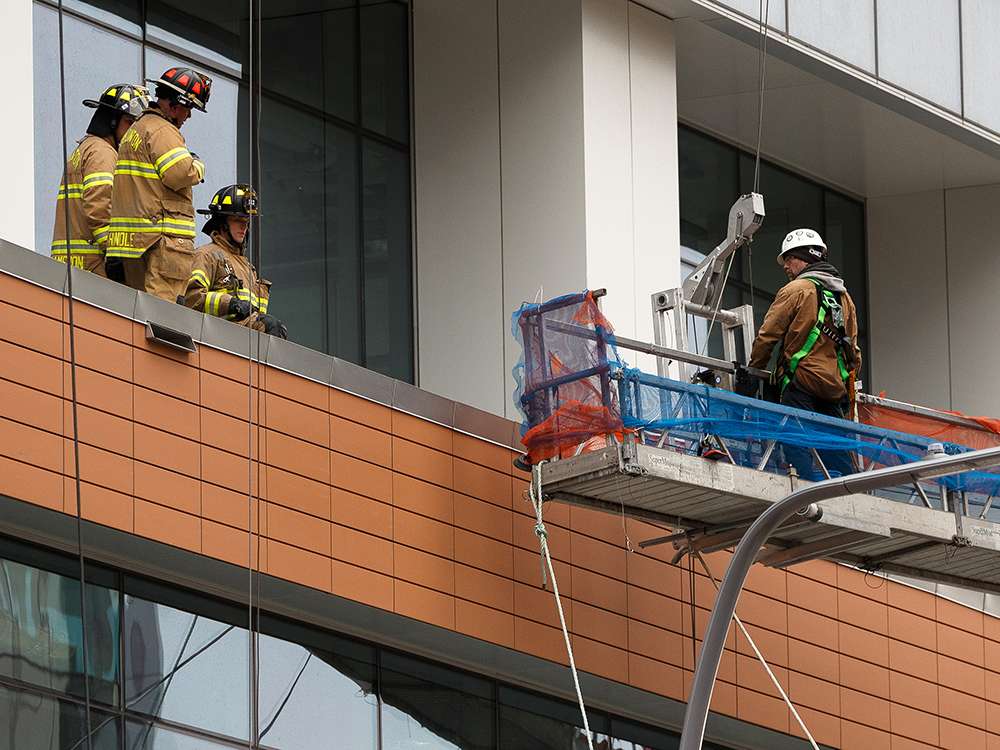 Once the dust had cleared and these blokes got down safely, the fire brigade’s deputy chief of operations, Scott Macdonald, said one of the workers was able to bring the platform down, but there was still a tonne of s**t left up there.

At the time, he said: “We’re trying to gauge the access to get up there and trying to help (construction crews) out and mitigate the safety hazard,” he said. 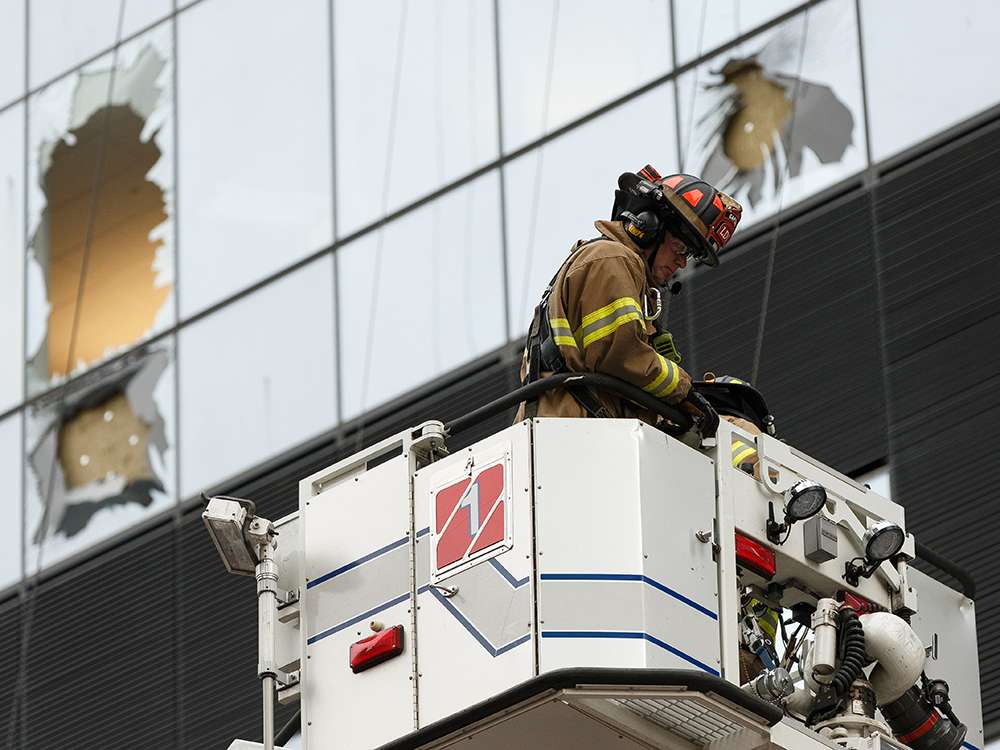 It must have worked because we didn’t hear about anyone copping a shard of glass to the head or a f**ken squeegee to the back of the noggin!

Final thought: We love that videos like this provide a timely reminder for everyone to make sure they’re using their PPE. If these legends weren’t harnessed to the platform, they’d have been up s**t creek in a barbed-wire canoe. Be safe out there, ya legends.