When it comes to Ozzyland’s army of pissed-off, angry and f**ken hostile creatures, we know there are plenty we can name-drop at the drop of the hat. What many people outside of our big bewdiful dustbowl of a country don’t know, though, is that, kangaroos aren’t to be f**ked with either. Deadset, these big marsupial b**tards can be as angry as a dero f**kwit on the meth. Don’t believe us? Just ask the town of Leyburn.

So yeah, as you can gather, we’re heading to Leyburn in Queensland for this one. If you don’t know where that is, head right to the middle of buttf**k nowhere and then keep driving. If you can see signs of modern civilisation, you probably haven’t reached it yet. 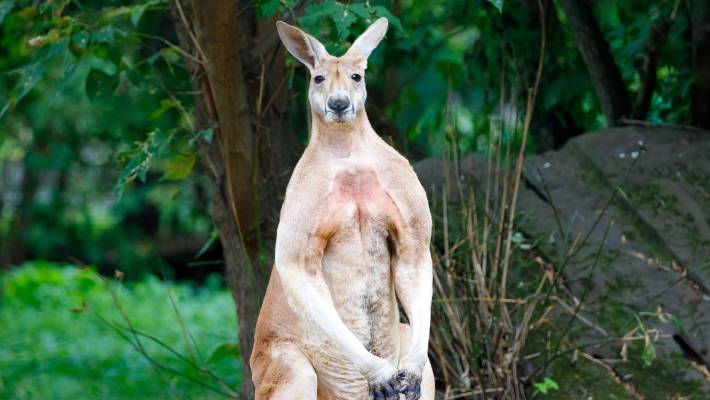 Let’s not worry about that s**t, though. Yeah, nah, let’s talk about the angry roo. Just like the teens who live in the town, he’s f**ken angry. Whether that’s because – like them – he reckons there’s f**k-all to do, we can’t be sure. Whatever the reason, he’s letting everyone know that they can go and get f**ked.

In the past few months, he’s f**ken annihilated Margherita Caruana’s garden, eating all the roses, a lemon tree, and a bunch of other plants, but the real drama comes from the fact, he’s been kicking people’s arses.

And, as much as we hate to say this about an animal on our country’s coat of arms, he’s gone and behaved like a total f**ken dips**t and even had a go at a few sheilas. 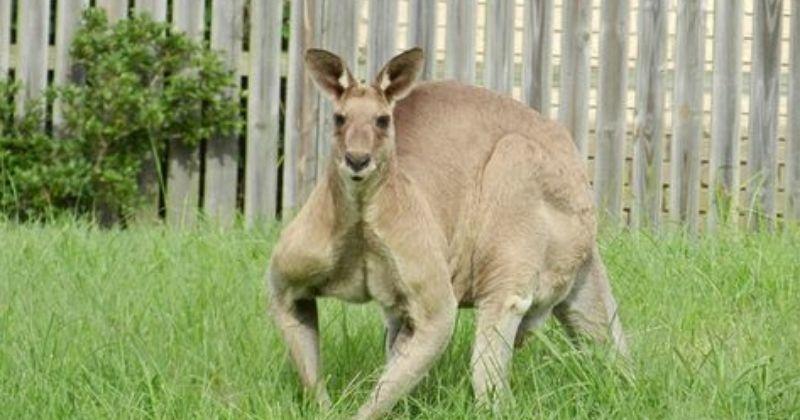 Kyran Sprott, a Leyburn local, thought someone was carking it when he heard them screaming like nobody’s business. Turns out, this angry roo was picking a fight with an old duck.

Another bloke had to fight the f**ker off with a stool after it attacked the publican’s wife, and then, in an act we can probably understand, it had a f**ken barney with a Kiwi bloke visiting for a wedding.

Since then, police have tracked the cranky c**t, but there’s no word on what they’ve done with it yet. 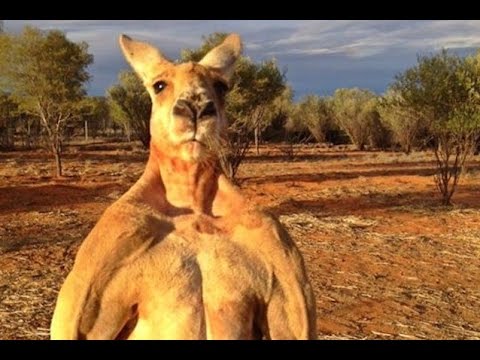 Final thought: Don’t get us wrong, we bloody love the idea of bringing back the biff, but it’s gotta be between two willing combatants. This bloody roo’s making a proper nuisance of itself. Just like the sort of f**kwit you’d expect to be called Dustin, this one’s picking fights with a bunch of people it knows can’t defend themselves. What a bloody wanker.