If you’ve got a sensible bone in your body, there are some situations you just try to avoid. One of those might be talking s**t to a pro MMA fighter about the nature of his sport. Crikey, you could probably go a step further and say that you’d have to be pretty stupid to talk s**t to that fighter and tell him that you could kick his arse because you’re a boxer. Still, some people just can’t help themselves…

Yeah, nah, some people really do have mouths that get them into trouble, and that’s exactly what happened to the boxer who started trash-talking MMA fighter Derrick Lewis when he saw him at the gym.

While the exact ins and outs of the conversation aren’t known, the result is. Watch the video below to see Lewis prove the dude wrong. 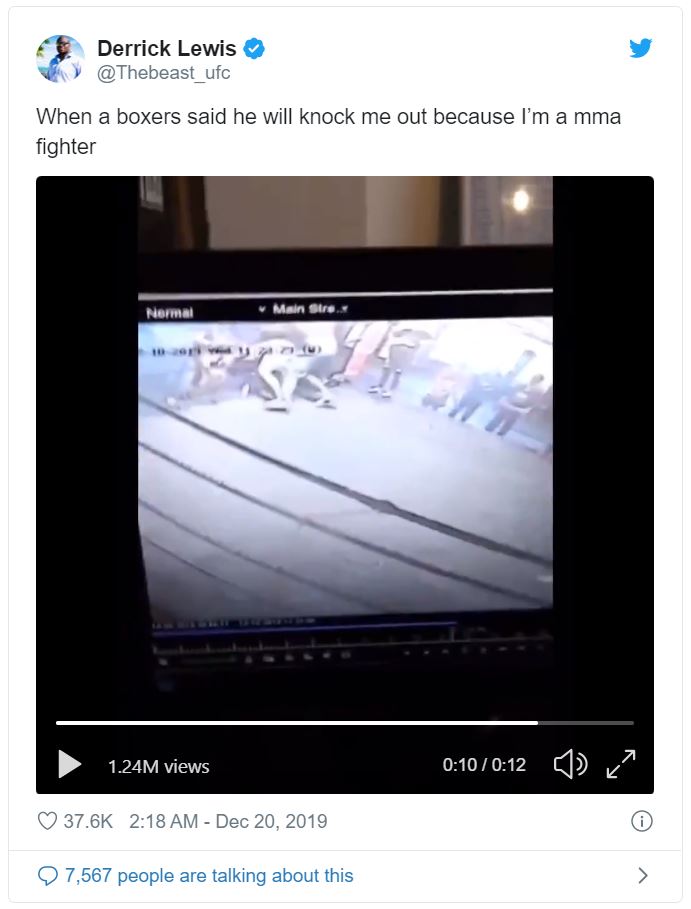 Now, if you know Derrick Lewis, you’ll know that he’s not to be messed with. The dude’s a f**ken unit who fights in the heavyweight division of the Ultimate Fighting Championship and is a former heavyweight champion. Deadset, he’s got 18 knockouts under his belt, and even if you think you’re pretty f**ken good, he’s going to break you. 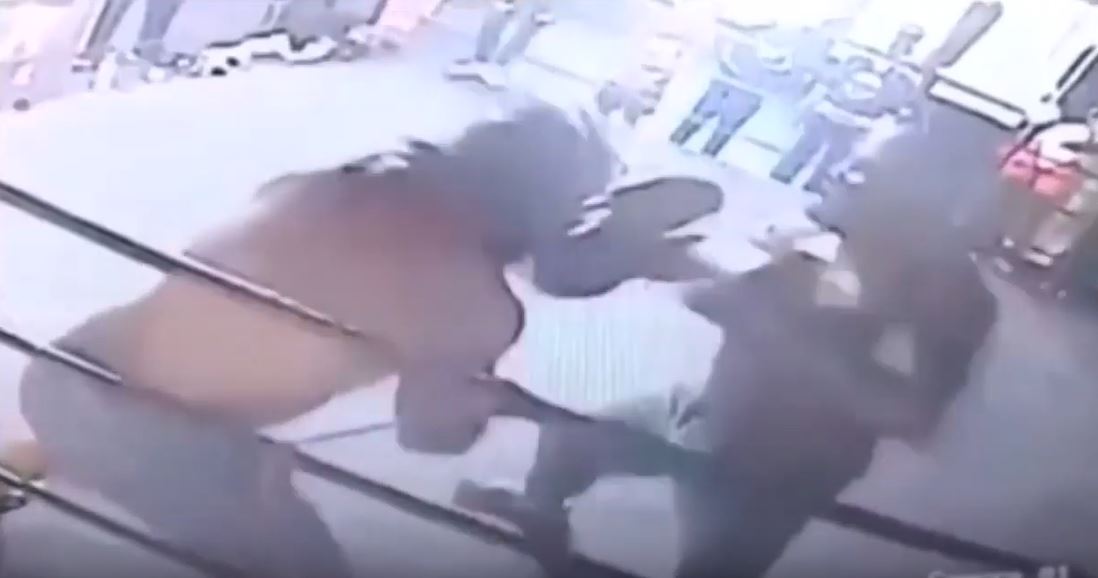 Still, as we said, some people really can’t help themselves. He’s just posted a video online that shows him blowing the absolute f**k out of a dude. According to his caption, “When a boxer said he will knock me out because I’m a MMA fighter,” he’s schooling a loudmouthed boxer where it matters – in the ring. 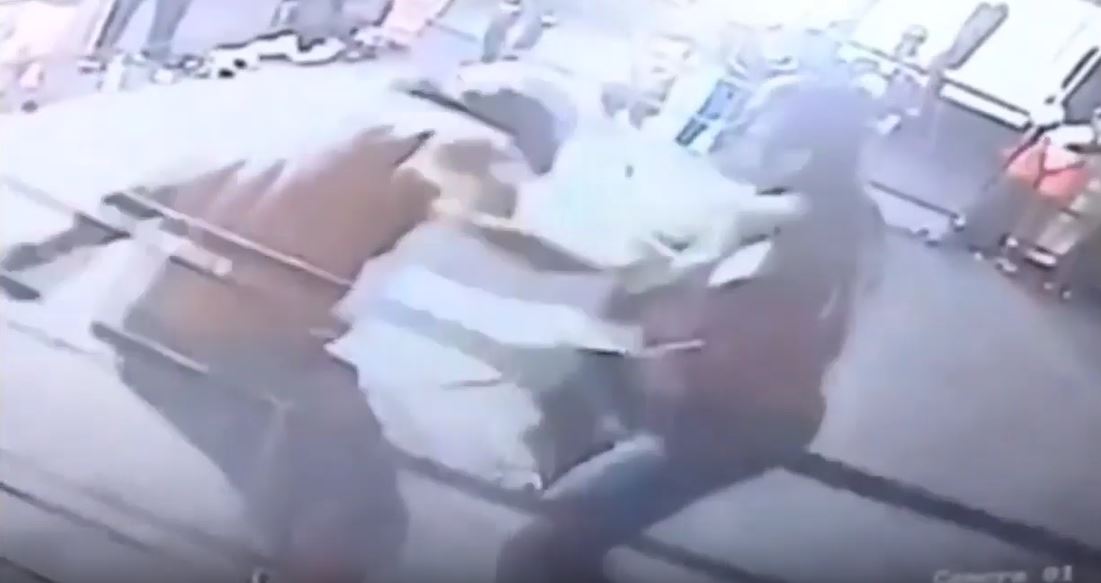 It’s all pretty straight forward, and there’s not a lot of actual detail, but when you see the footage, you’ll notice the big fella is not holding back. He f**ken drills old mate, just about launching him through the ropes. 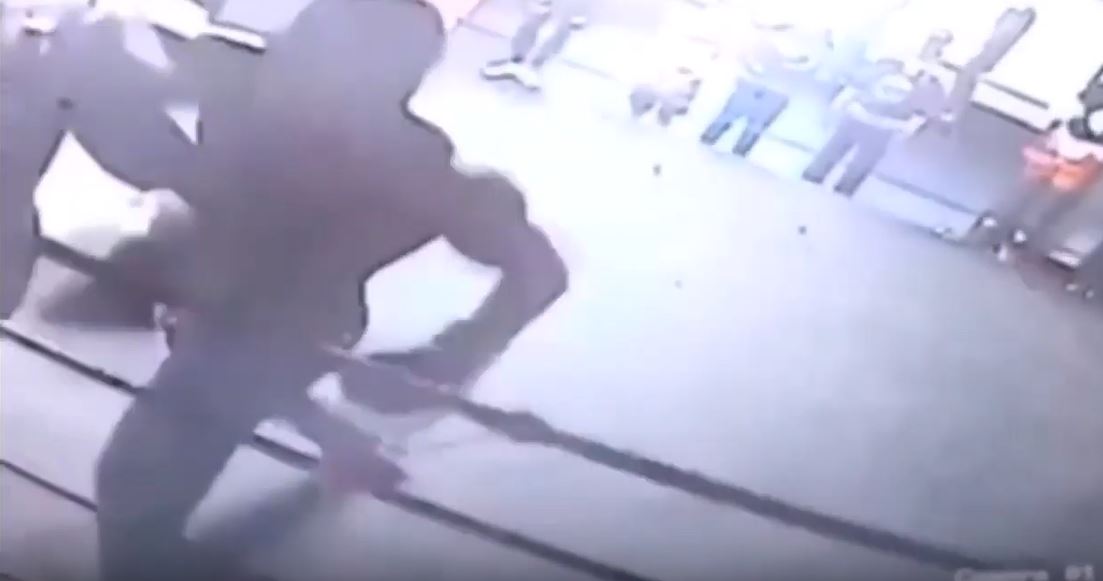 Have a bloody squiz below. 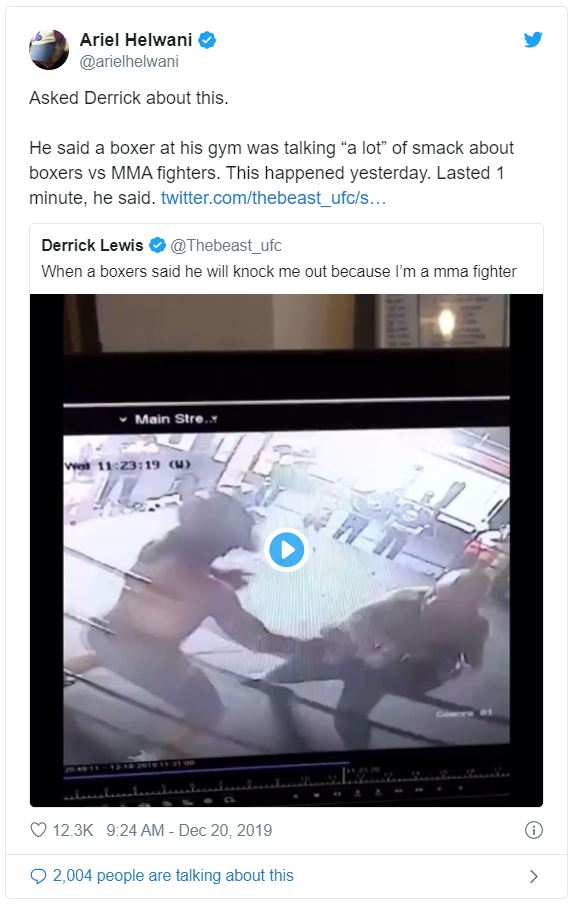 Final thought: As you know, we like to give everyone a fair go here, but sometimes people just can’t be helped. Now, we don’t know about you, but there’s no way we’d be running our mouths to someone with a proven track record as good as Lewis’s. Anyway, once you’ve had a watch, let us know what you reckon in the comments.