Mate, as you’re probably aware, Lady Gaga took a bit of a tumble during a recent live performance. Obviously, it’s been all over the internet since it happened. Gaga’s a pretty well-known celebrity, and s**t like that gets shared pretty quickly, and, in fairness to the songstress, plenty of fans were pretty worried for her. She does, after all, live with fibromyalgia and has had to cancel tours in the past due to breaking bones. Fortunately, she was up on her feet in no time and continued the show like the pro she is.

According to various news sites, it all went down when she invited a fan named Jack onto the stage at a Las Vegas date on her Enigma tour.

As you’ll see from the video, the two were having a bit of dirty dance when old mate lost his footing and dropped his bundle.

"I think that's amazing! 11 years and we fucking love each other so much that we fell off the damn stage … we're like Rose and Jack from Titanic" – Lady Gaga ❤️ #ENIGMA pic.twitter.com/gc3X1d4I4X 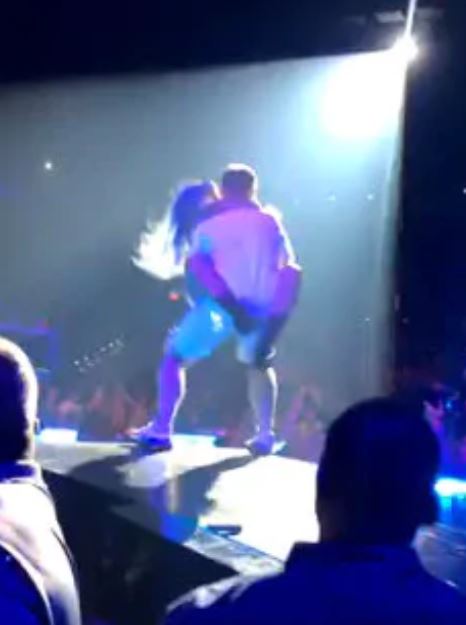 Gaga, though, whether she was caught up in the moment or whether she just refused to let people see how much pain she was in, was like, “Everything’s OK. The only thing that’s not OK is we need some stairs for the damn stage so I can get back up.” 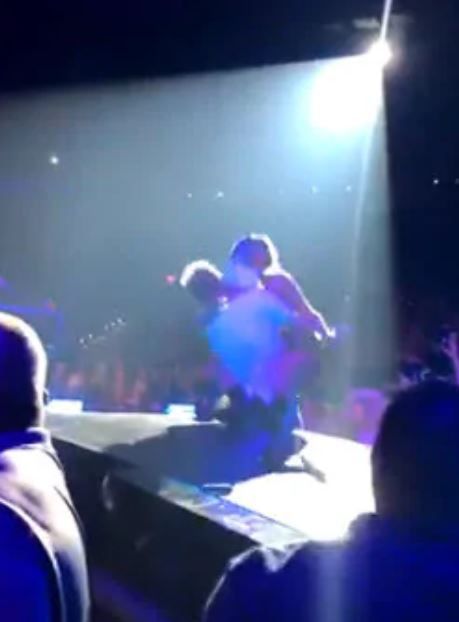 Once she was back onstage, she made old mate feel better and they hugged it out. At this stage, she doesn’t seem to bear a grudge, but you never know how these things work. Whatever happens, you know the insurance companies and lawyers will be able to see exactly how the chips fell.

As you can imagine, there are bloody s**tloads of angles of the big stack available online. As we’ve said before, one of the downsides of making a tit of yourself in public in 2019 is that everyone has a bloody camera. 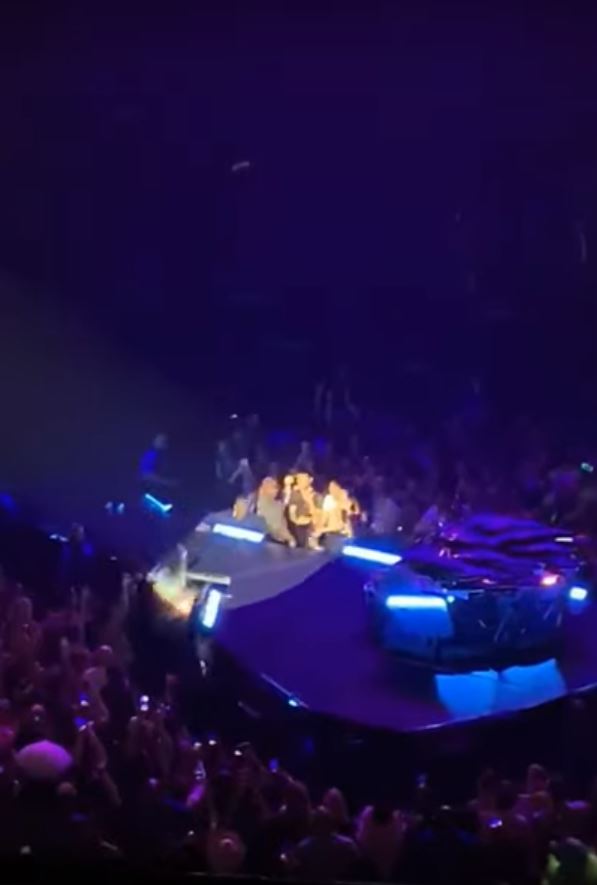 So, er, yeah, if you’re heading to Destination F**ked, make sure you say cheese on the way down and put on a brave face.

Final thought: We’ve read some reports that say Gaga’s in a tonne of pain and has had to have a whole body x-ray. We guess that’s pretty normal. Just ask anyone who’s toppled off a ladder or fallen from scaffold. The s**t’s not fun. Anyway, let’s hope the singer is back on the road in no time.