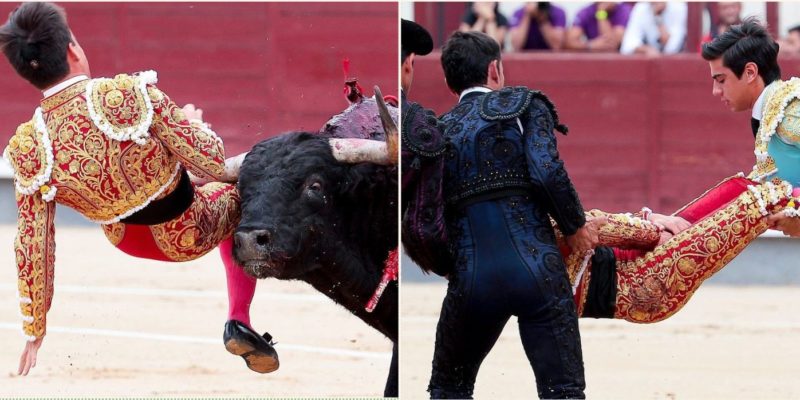 Picking a fight with a bull is a pretty dumb thing to do. There’s really no other way to put that. And yeah, we’re even taking into account the guys who pick a fight with a bull when all the conditions have been tweaked in the bullfighter’s favour, and they’re given a sword to help them win that fight. That’s kinda why we don’t really have a problem with sharing the news when a bullfighter gets f**ked on by a bull. Not even when that bullfighter is the partner of a member of Spain’s royal family…

All right, in the interests of economy and not going down two different paths, we’re going to start by saying that we totally acknowledge the ethical dilemmas surrounding bullfighting. It’s cruel, it’s barbaric and it’s more than a bit s**t. We don’t think that’s in doubt, but we’re here today to talk about Matador Gonzalo Caballero’s second massive injury at the horns of a bull. 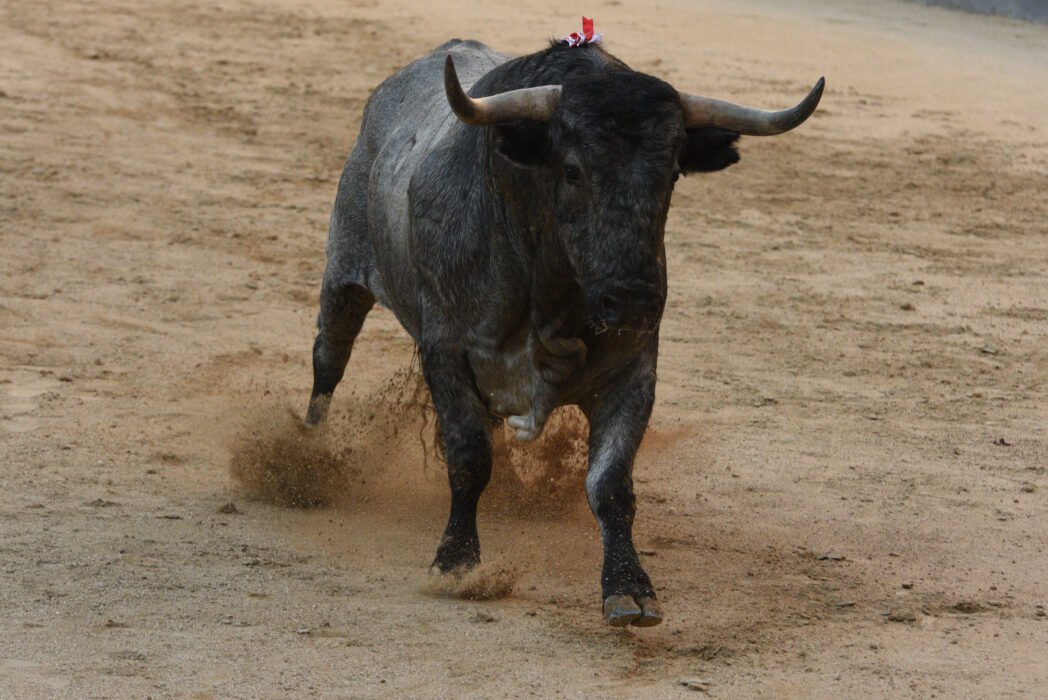 So, for your context, we’re heading to Madrid and the Las Ventas bullring. That’s where Caballero – who was appearing in front of his partner, the King of Spain’s 19-year-old niece Victoria Federica – was making his return to the arena.

By all accounts, Caballero had just caught the bull with a long gash on the back of the neck when the animal decided it was time to bust out the fatality move. It f**ken charged, sending the prick flying and completely s**tmixing him. 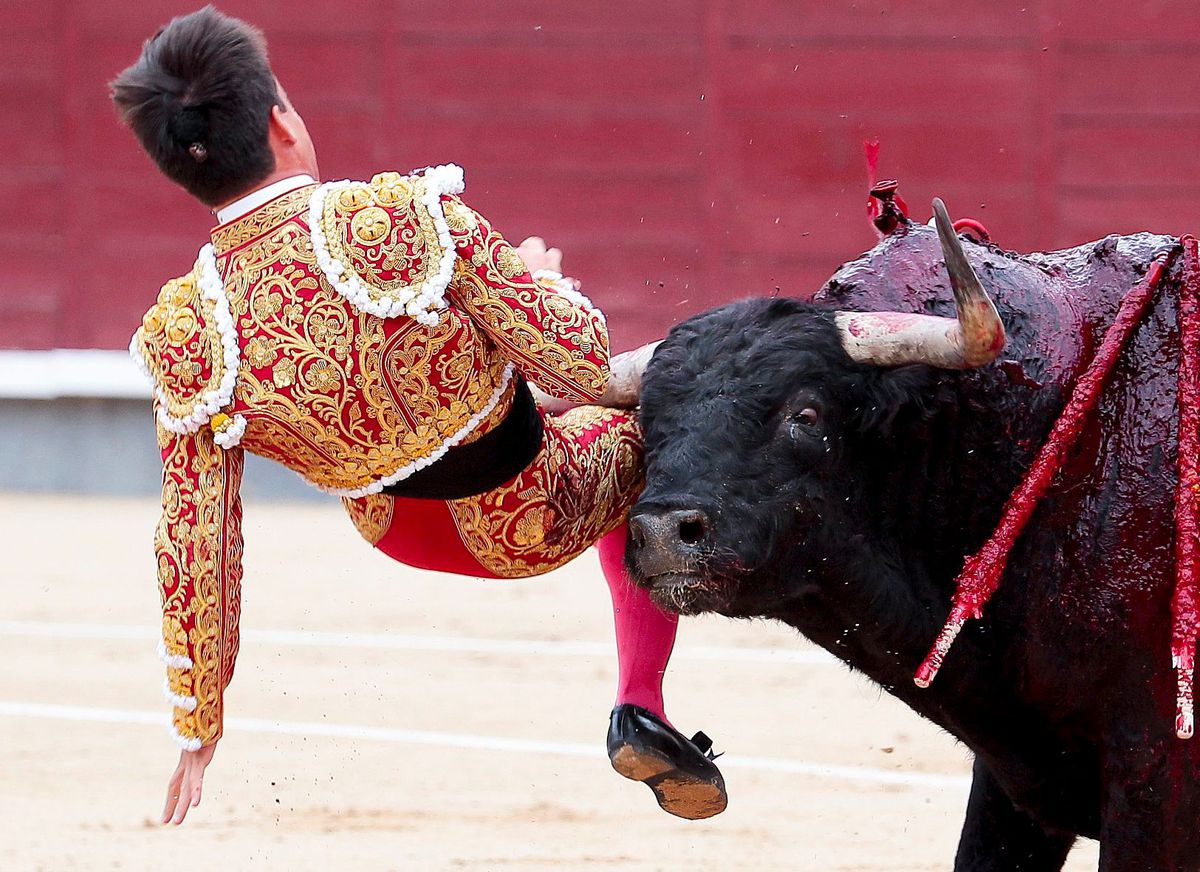 As you can see, the bull f**ken skewers him like a cocktail sausage, and seriously, he must have missed the dude’s willy by a millimetre or two. Obviously, that’s when its horns gored the matador’s femoral artery. Caballero was hurried out of the arena and off to the hospital, leaving a trail of blood in his wake.

We’ve had no word from the royal niece, but we do know the crowd demanded Caballero receive the bull’s ear as a gift. We don’t understand the cultural significance of that, but it obviously doesn’t bode well for the bull. 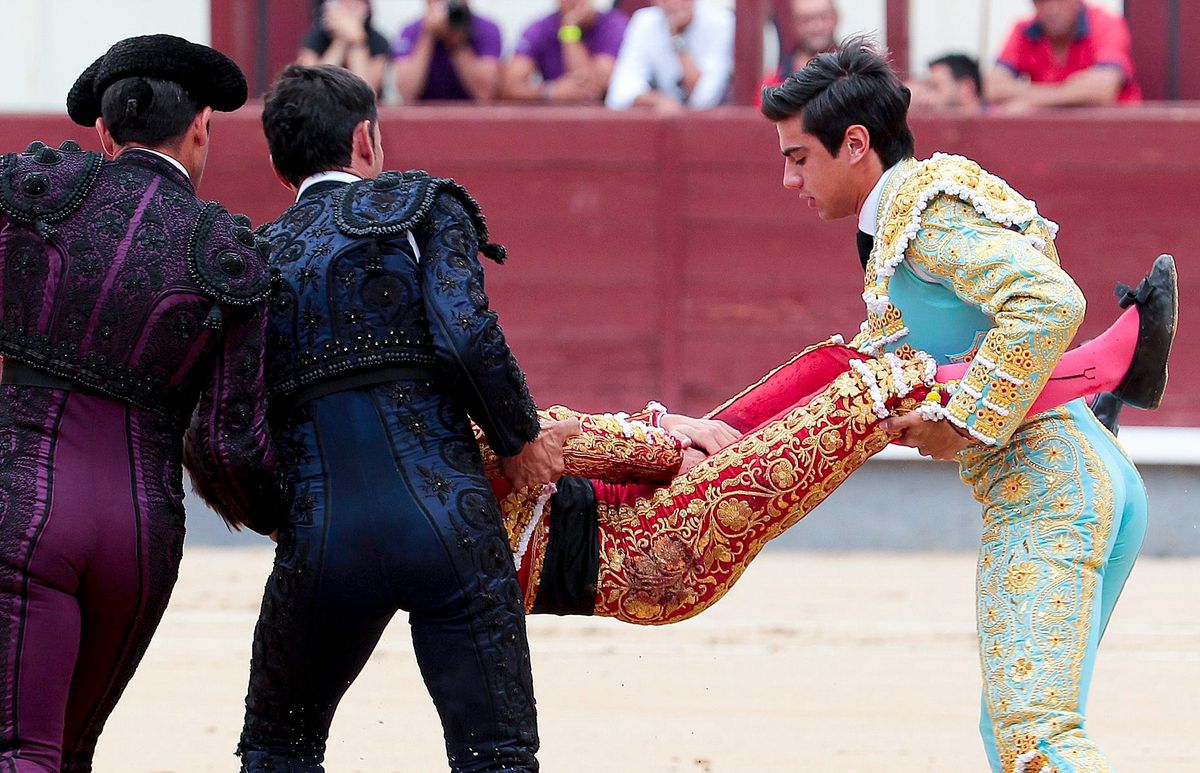 Final thought: Yeah, nah, obviously, it’s probably good that Caballero got f**ked on for stabbing it, but it’s really a bit strange that the practice of bullfighting still continues in this day and age. This sort of s**t’s slowly being eradicated across the world, but considering the matadors know the risks, it’s pretty hard to say they don’t deserve it when they do cop it sweet. Anyway, let us know what you blokes and blokettes make of it all. We’d be interested in your thoughts.

Just in case you missed it, here’s one of Ozzy’s classic commentary videos…Ozzy Man Reviews: People f**ked up by bulls