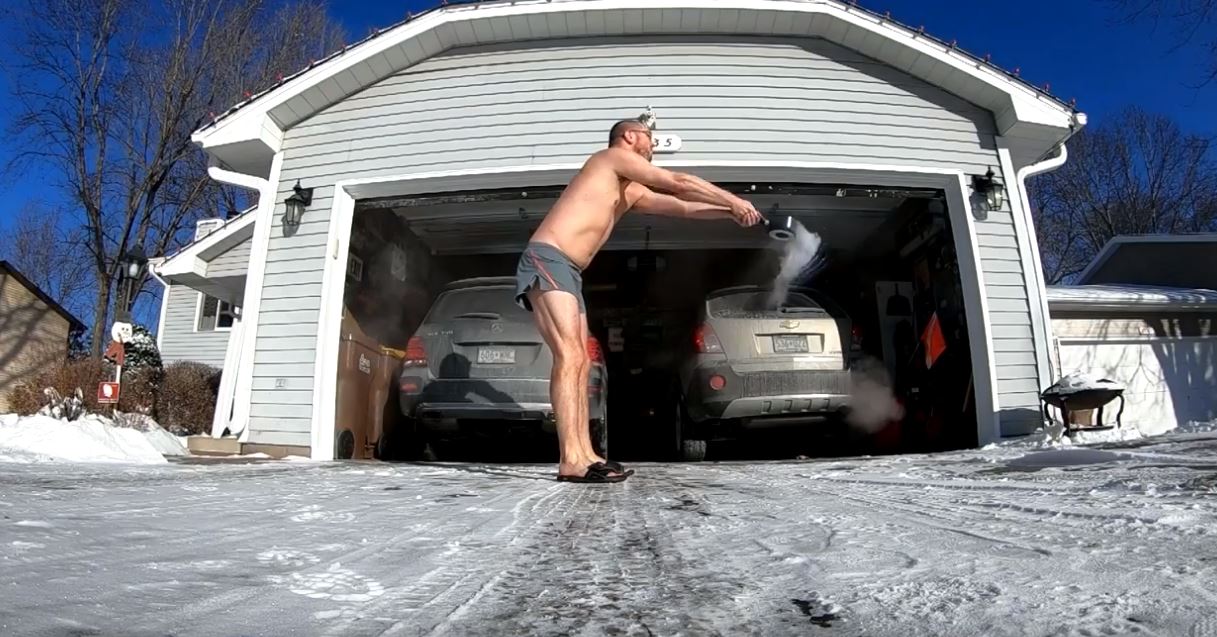 With the bloody awesome high-def cameras and technology we have these days, anyone can quickly and easily create beautiful photos and videos with a little bit of help from the technology at hand. When you add the perfect climactic conditions to that technology, you can get some absolutely amazing s**t going on. When temperatures are sub-zero, for example, you can use a pot of boiling water to create some awesome cloud-like effects. When it goes right, you get superlative photos. When it goes wrong, it goes really wrong.

In the midst of the polar vortex casting a frozen pall over the United States right now, one bloke who found this out the hard way is Chris Kieger. Kieger, who’s clearly not one for preparation, decided he was going to attempt the boiling water trick in just a pair of shorts and his pluggers. So far, we’ve no word on whether he was wearing jocks. 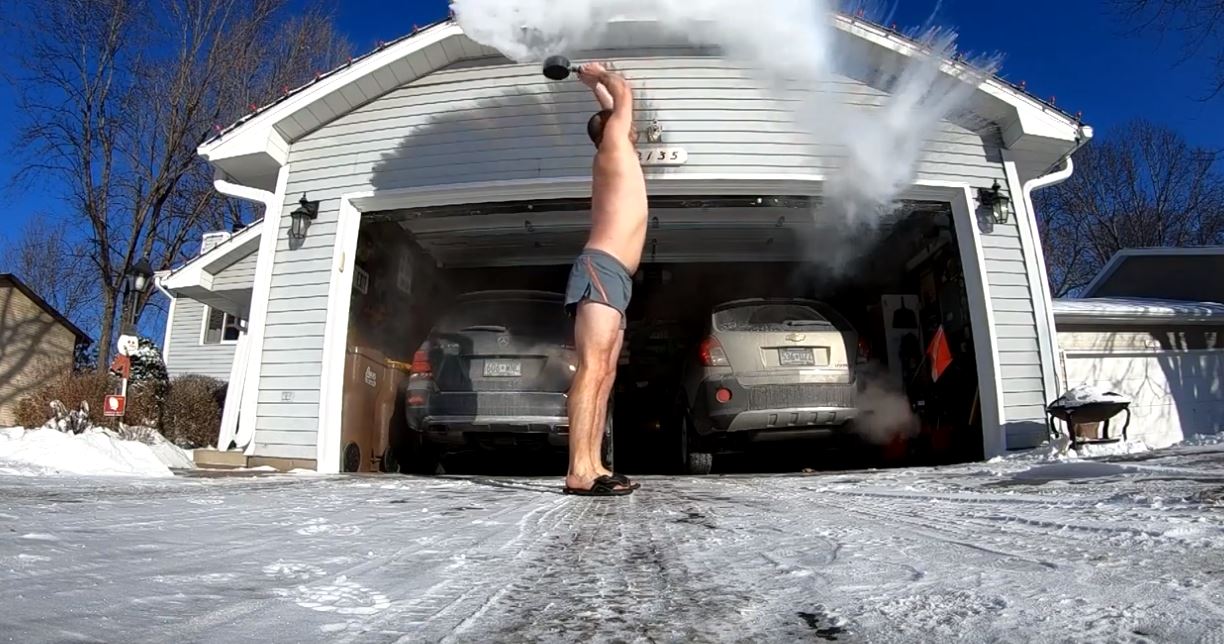 Now, if you were a betting man, you might reason that from time to time this s**t goes wrong. And, er, yeah, no s**t. In Kieger’s case, there’s still water in the pan when we brings it back around. In zero seconds flat, he’s tipped it down the back of his calf. Silly duffer.

Still, despite all of that, you’ve got to give the bloke the benefit of the doubt. He’s an artiste and he had a specific outcome in mind. If he pulled it off, we’d all be praising his genius. These are the margins between fine art and epic fail video. Nevertheless, the footage is pretty bloody amusing to watch. 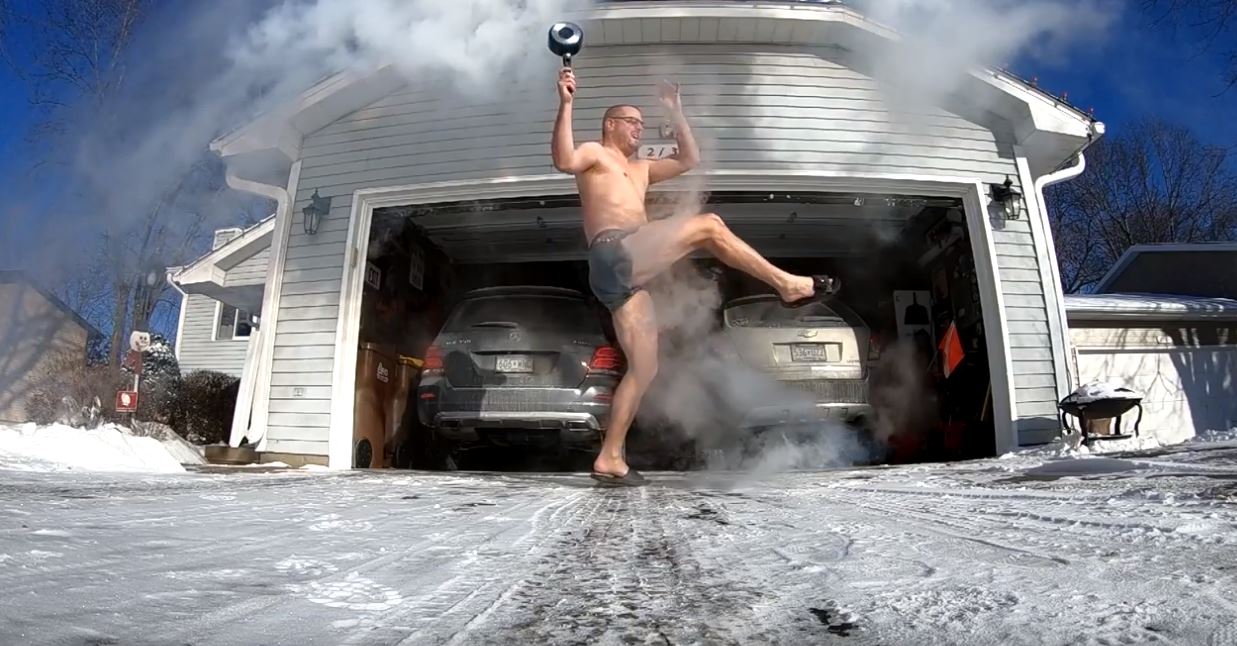 Give it a squiz and let us know what you reckon in the comments on the Facebook page. 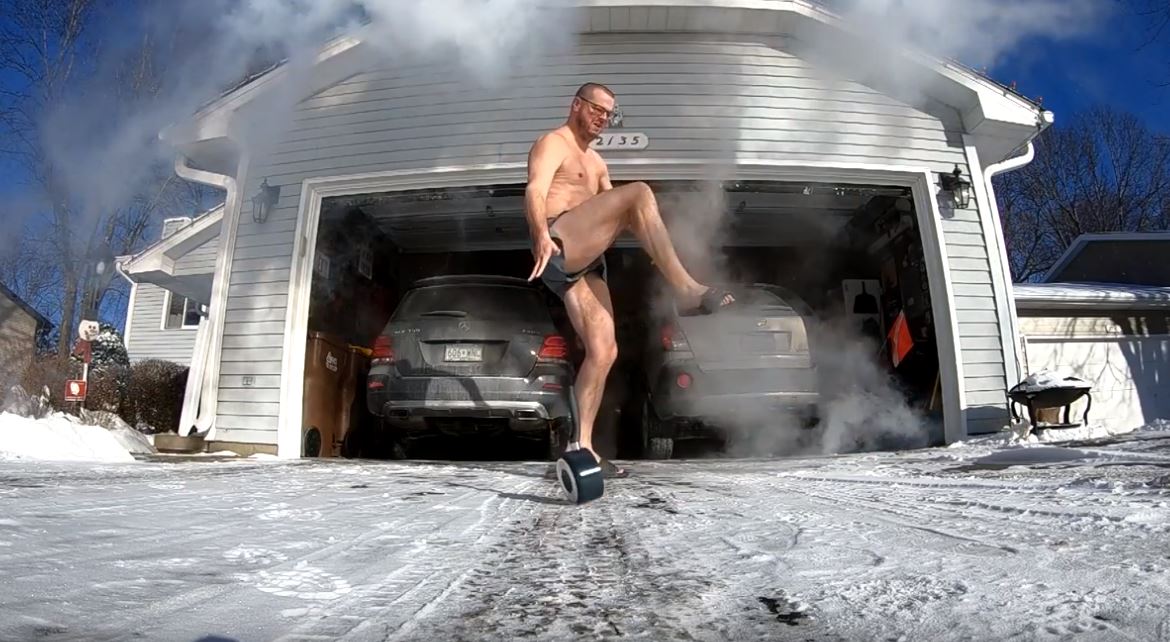 Final thought: Now, we hate to be sticklers for safety and common sense here, but surely there’s a smarter way to do this. Perhaps by covering up and by not actually launching the water directly over your own head? Nevertheless, good s**t, Kieger. We’re entertained at least.