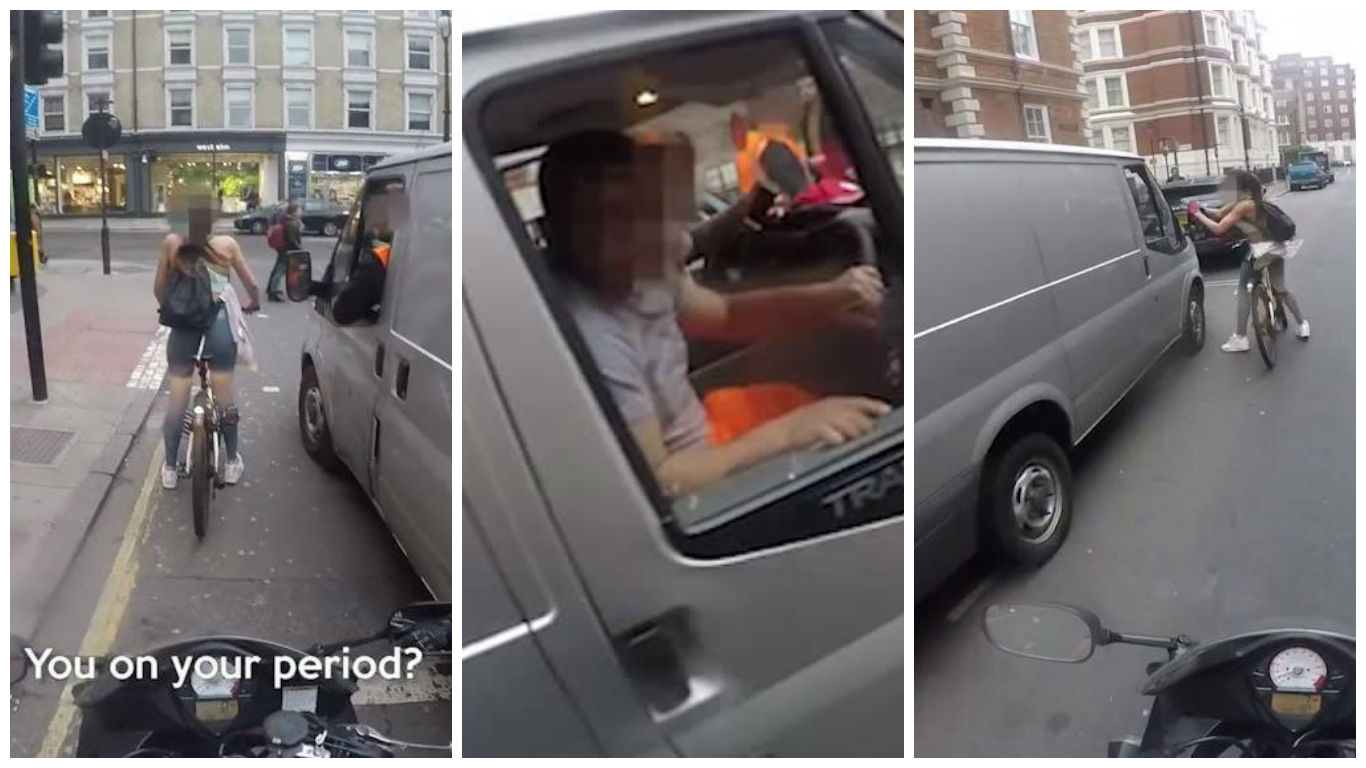 A female cyclist in London has gotten her revenge on a van-driving catcaller who harassed her at an intersection – by chasing him down and ripping off his wing mirror.

A nearby moped rider captured the fiery incident on his GoPro camera. A couple of guys were driving along the city streets of London when they came across a rather attractive woman riding her bike in the same direction. Instead of simply admiring and letting it be, they decided a bit of cat calling was in order instead. It only got worse as they came up to a red light. When she wasn’t as receptive to their advances as they would have liked, they decided to throw insults at her, even going so far as to ask if she was on her period. Wouldn’t that be enough to piss anyone off?

As they all stop for a red light one of the men in the van begins hitting on her.

“Alright, want my number?” he asks.

The girl isn’t impressed, and tells them to go away. The man reaches for her.

“Oi! What charm school did you go to, eh? You wanna tell your mum and dad to get their f***ing money back.”

He follows this up with: “Shut up, you old dog. You on your period?”

He tries to touch her again, and asks her out for a drink before driving off. After the light turned green you’d figure the middle finger she left them with would have been the end of it, but this bird has some fire in the belly. After chasing after them the van next stops and the cyclist grabs their wing mirror and wrenches it off before cycling away triumphantly. That’s a lot of property damage for what I’m betting they thought was just something trivial at first, so hopefully they managed to learn a little lesson from it all. You know, like not harassing random women they meet out in the streets. I mean, come on guys, there is a such thing as etiquette that should be followed in the first place. Just admire and let be.

WATCH THE INCREDIBLE GOPRO FOOTAGE ON THE PLAYER BELOW

By Chuck Steinway 36 mins ago