Unless you live with your head in the sand, you probably know that Dwayne ‘The Rock’ Johnson is a bit of a legend. You probably also know that Kevin Hart was seriously hurt in a car crash just recently. Although news has filtered out, there hasn’t been too much that’s actually concrete, and it’s all recycled and filtered through the internet machine so many times that you don’t know if you’re reading new or old info. Thankfully, his bro, The Rock, has shared some info about Hart’s recovery.

To be honest, it’s hard to imagine anyone who wasn’t a bit worried when news broke that Hart had been involved in a serious car crash. The little dude’s a funny b**tard and no one in their right mind could wish him ill. When you extend that to his real friends and family, you can imagine that the horror they felt would have been a million times worse. 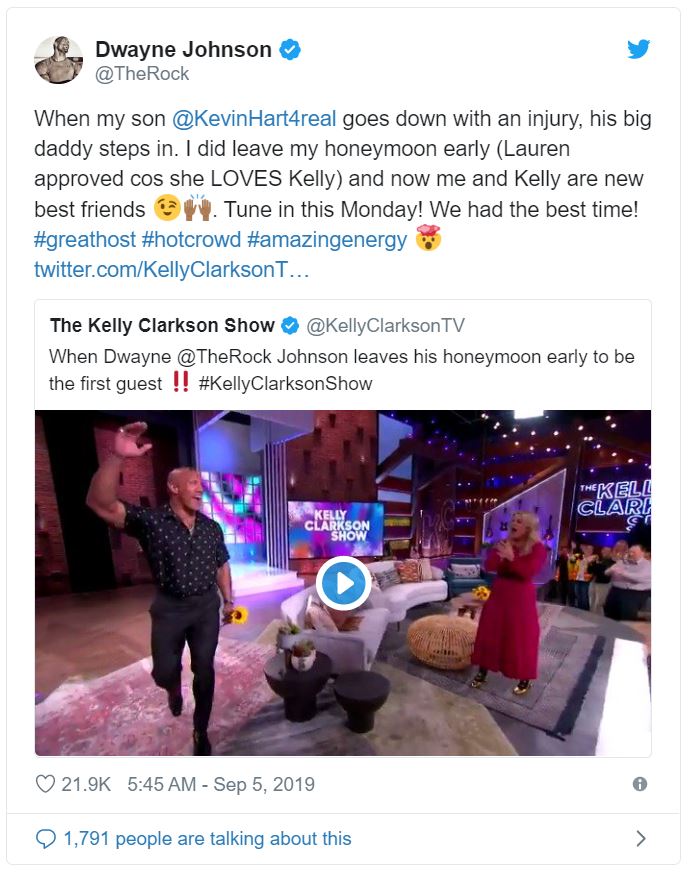 Seriously, if you’ve been in that position with your own loved ones, you’ll know what it’s like. One bloke who was pretty worried was The Rock. The two are good mates, and Johnson, who was on his honeymoon at the time of the crash, made his way straight back to the states to help his bud get well, and take Hart’s spot on The Kelly Clarkson Show to share what he knows about Hart’s recovery. 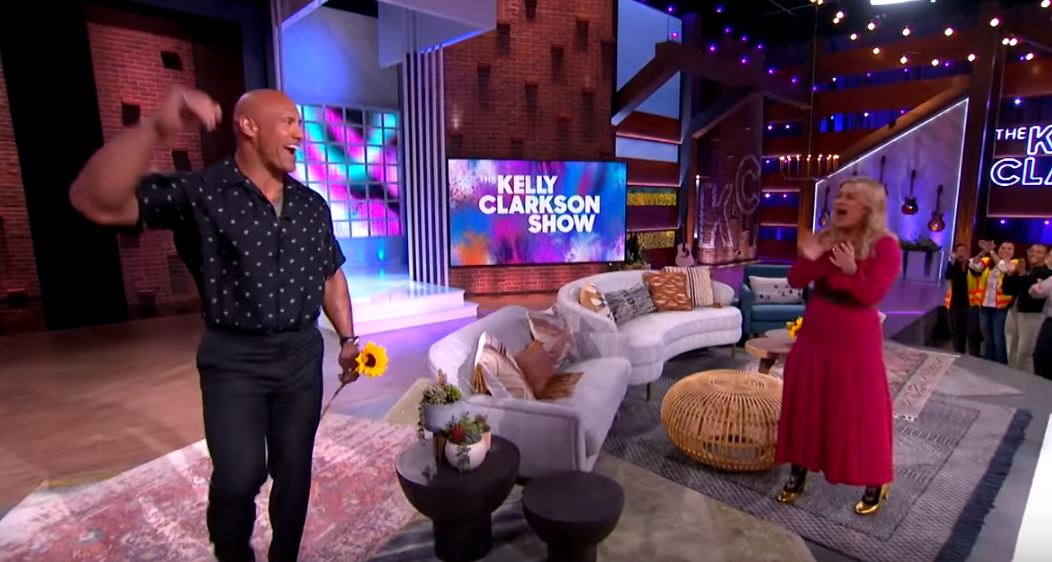 Here’s what he said:

“Everything is good, I spoke with Kevin, I actually refer to him as my son. I connected with him today and you know what, these things happen in life and thankfully he was strapped in nicely to his car seat. That’s real love…We spoke to the paediatrician and he said he’s doing very well.”

Hart suffered severe back injuries in the accident. He was the passenger in his car – a 1970 Plymouth Barracuda – when it veered off the road and crashed from Cold Canyon Road onto Mulholland Highway. 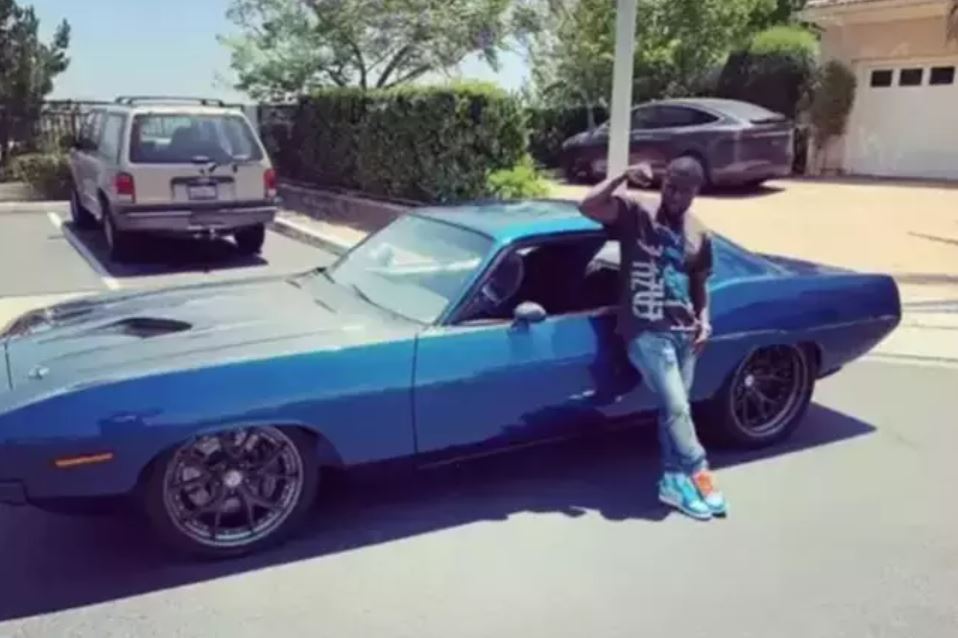 Final thought: Obviously, we hope Kevin’s back in business in no time. Of course, it’s always good to see the human side of awesome celebrities like The Rock, and it shows that he really is the legend everyone expects him to be. What a top bloke.