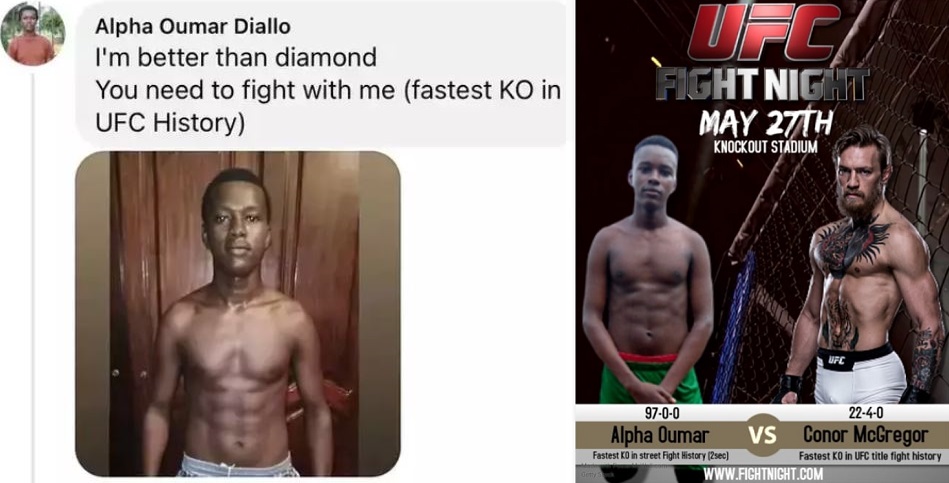 If you’re a fan of this site, we’re going to assume you know who Conor McGregor is, but if you’re not sure, just think punchy bloke, no stranger to controversy, loves a whiskey, and you’ll be on the right track. Having said that, we reckon there’d be very, very few of you who’d want to fight him. Yeah, nah, banter aside, he didn’t get to the top of his sport by accident. Alpha Oumar Diallo, though, reckons he’s got what it takes…

Over the last few weeks, this cheeky little bugger has commented on every single one of McGregor’s social media posts and called him out, claiming that he’ll fight McGregor and come away with the fastest KO victory in history. 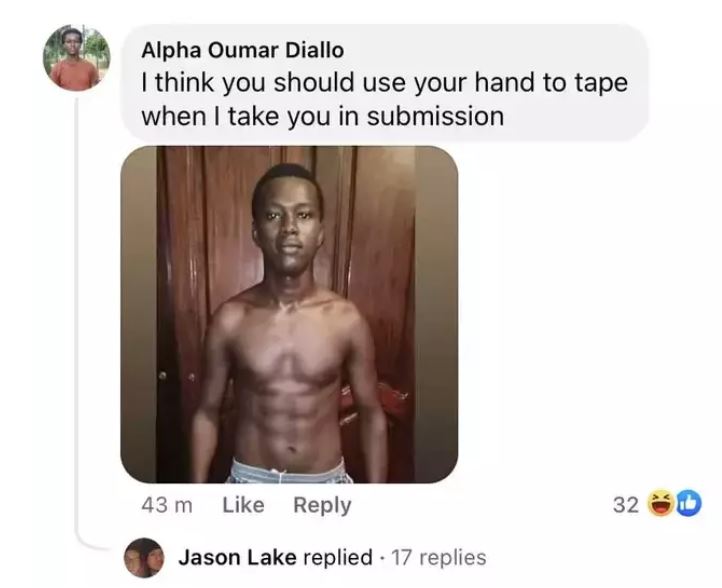 As you can imagine, McGregor gets a lot of comments from his 11 million followers, but bloody Diallo is starting to get noticed, and not everyone’s seeing the funny side. Deadset, some of them are even getting grumpy at the smartass. 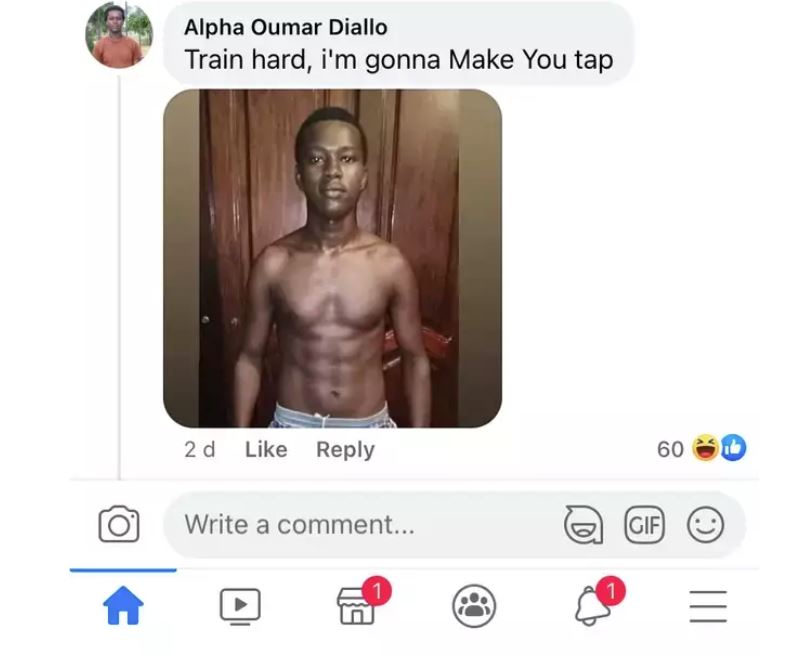 Anyway, we’re not sure whether it’s solely a troll account or whether it’s a real bloke having a bit of fun, but he’s gone to some pretty great lengths. Not only has he claimed he’s gonna ‘make McGregor tap,’ but he’s also resorted to Photoshopping what the contest and posters might look like. 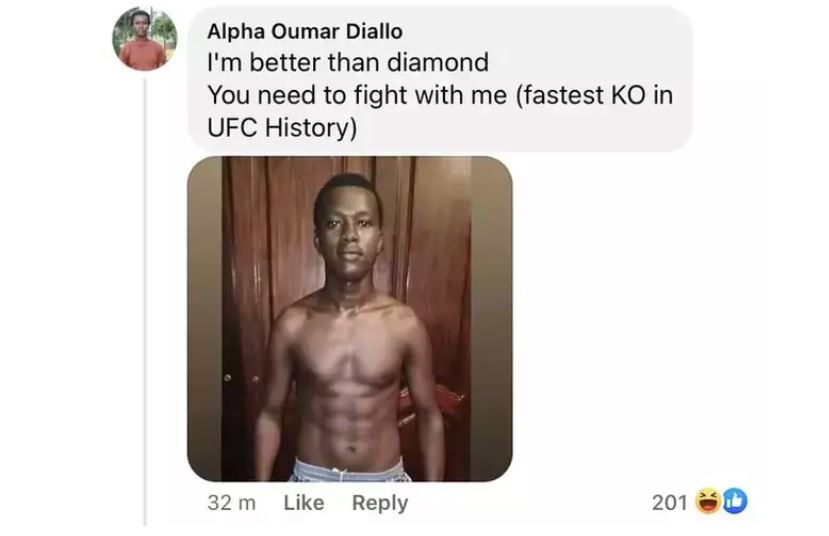 Diallo claims to be 97-0 in his local neighbourhood, and has even been calling McGregor McChicken. It’s bloody genius. First of all, have a look at the image he’s photoshopped of himself fly-kicking McGregor, and then check out the caption:

“I just need your location McChiken.” 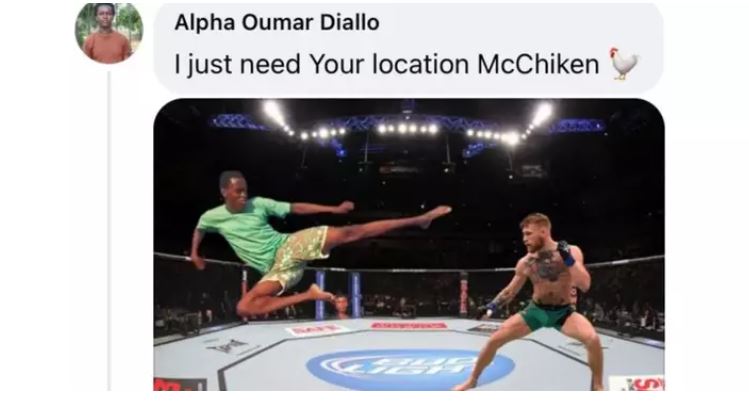 There’s no word on whether McGregor’s had a chuckle at the comments, but f**k it, we’d watch it. We even reckon Ozzy would make a bloody great commentator should the bout ever happen. 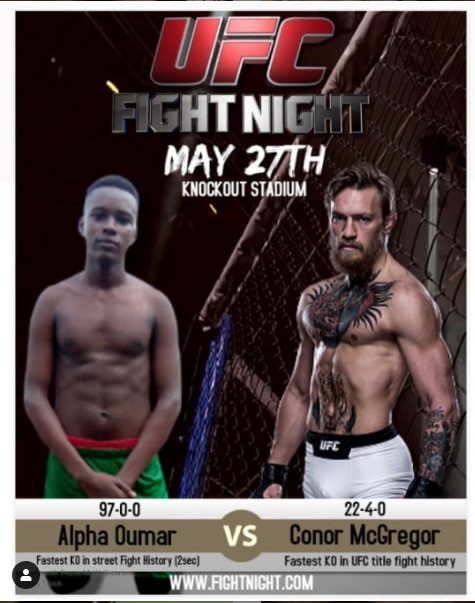 Final thought: Yeah, nah, this is bloody grouse. We love it. Let us know what you reckon in the Facebook comments. And f**k it, let us know whether you could take Diallo in the octagon or whether ‘McChiken’ is going to be an easier challenge for you.