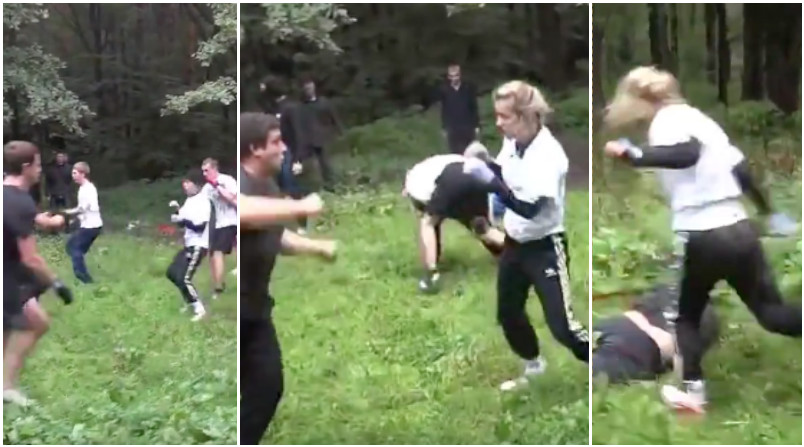 The Internet Is Going Crazy About This Badass Blonde Girl Hooligan

The only thing people take more seriously than sports is the act of following them. If you don’t believe that or if you’ve never heard it before, cities actually plan ahead for major sporting events in the case that riots could potentially begin. I’m not saying they’re always successful, but I am saying it’s a widespread enough issue that we actually recognize and account for it.

These people not only promote violence at sporting events, they plan and prepare for it! The footage you’re about to see below is of a group of Russian football hooligans gathering together to prepare for their next event. Now, these groups are quite selective about who they let join them and hold brutal fight auditions in the woods to make their selection – this from one such event. While it does appear as though they’re wearing gloves I don’t believe that’ll help at all when they’re throwing kicks… Through all of that brutality, there’s one fighter that stands above the rest in regards to sheer determination, the young blonde woman beating the ever-loving sh*t out of whoever stood in her way. Initially she was getting her a** handed to her by some large dude who wouldn’t let up, but the moment she got a chance to throw out a flurry of her own it was over. 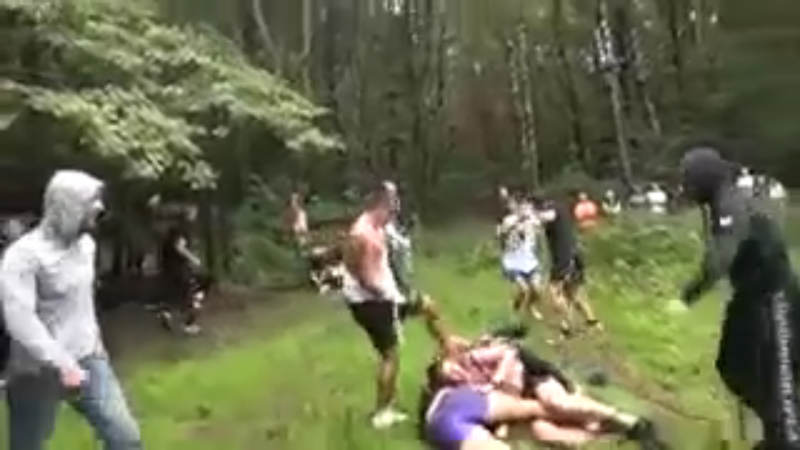 Through the whole video not a single other person manages to bring her down. Basically, she’s everything you don’t want to come up against in a stadium! 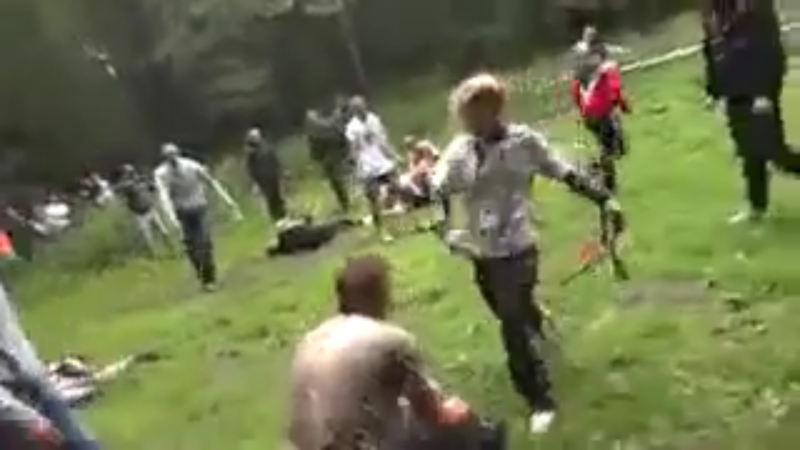 Do we want to promote the whole hooligan scene? Not really. Is it entertaining to watch them beat the crap out of each other? You’re damn right.

WATCH THE FOOTAGE ON THE PLAYER BELOW: