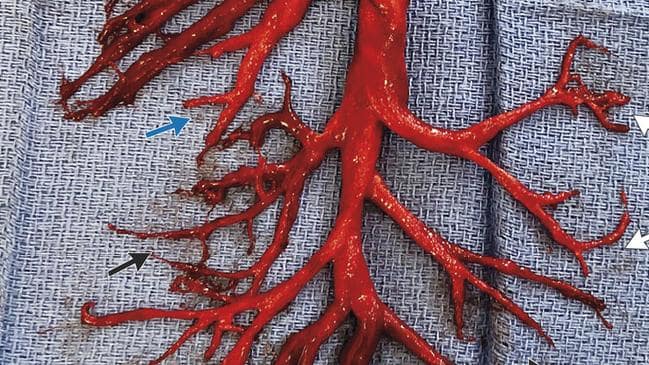 You’ve probably heard the saying ‘coughing up a lung’. It’s a pretty common turn of phrase that’s used all around the world. It is, of course, a figurative phrase because you can’t literally cough one up. Yeah, nah, that’d be a bit f**ken hectic. What you can do though – in just the right circumstances – is cough up a blood-clot that’s moulded perfectly to the shape of your lung passage. Deadset, that’s exactly what a bloke in California did recently.

Looking at this, you can’t help but feel it’s quite the achievement. That’s a doozy of a blood-clot. The thing is, the feat itself is pretty impressive, but you just can’t prepare yourself for it. Sh*t, you probably can’t replicate it either. Which leads to the question: how the f**k did this happen?

A 36-year-old man was admitted to the ICU with an acute exacerbation of chronic #heartfailure. After a ventricular assist device was placed & anticoagulation therapy initiated, hemoptysis developed, and he expectorated a cast of the right bronchial tree. https://t.co/QfqeqwWzXt pic.twitter.com/nXW201rjCT

According to the NEJM journal of medicine, “A 36-year-old man was admitted to the ICU with an acute exacerbation of chronic heart failure. After a ventricular assist device was placed and anticoagulation therapy initiated, haemoptysis developed, and he expectorated a cast of the right bronchial tree.”

For those of you who only like 5-word sentences, what that means is a sick bloke had a heart attack. His heart was pumped. He was given blood-thinners. He coughed up the blood-clot. It looked like his lung-passage. 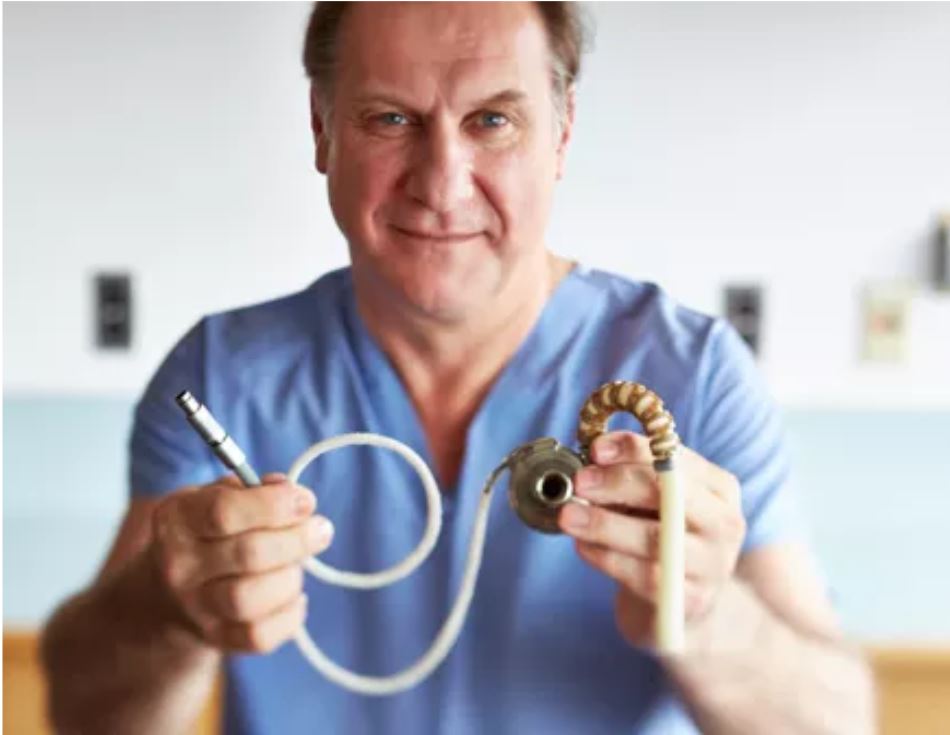 Unfortunately, the bloke was pretty f**ken crook and he died a week or so later (RIP). Despite that, his doctors are still pretty chuffed with the blood-clot. Apparently, these things are rarer than hen’s teeth and usually come out in broken chunks.

Dr Wieselthaler, the pulmonary surgeon who worked on the bloke, said, “We were astonished. It’s a curiosity you can’t imagine — I mean this is very, very, very rare.”

Doctors aren’t sure just how the blood-clot managed to come out in one massive chunk, but they reckon it had a lot to do with the blood-thinners the man had been administered with. Although the bloke is no longer with us, he did apparently report feeling much better after coughing up the perfect cast of the inside of his lung. 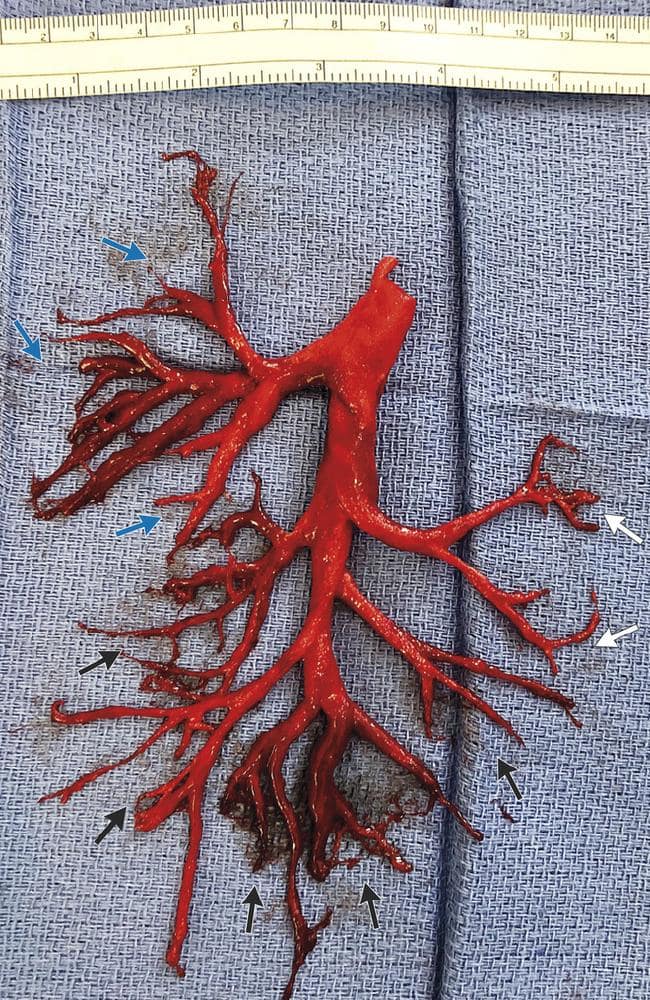 Final thought: It’s a shame the poor bloke isn’t around to revel in the adoration of the teeming masses a feat like this should entitle him to. After all, who wouldn’t want the opportunity to gloat about an achievement like this!

Just in case you missed it, here’s one of Ozzy’s latest commentary videos…Ozzy Man Reviews: Celebrating Too Early # 2