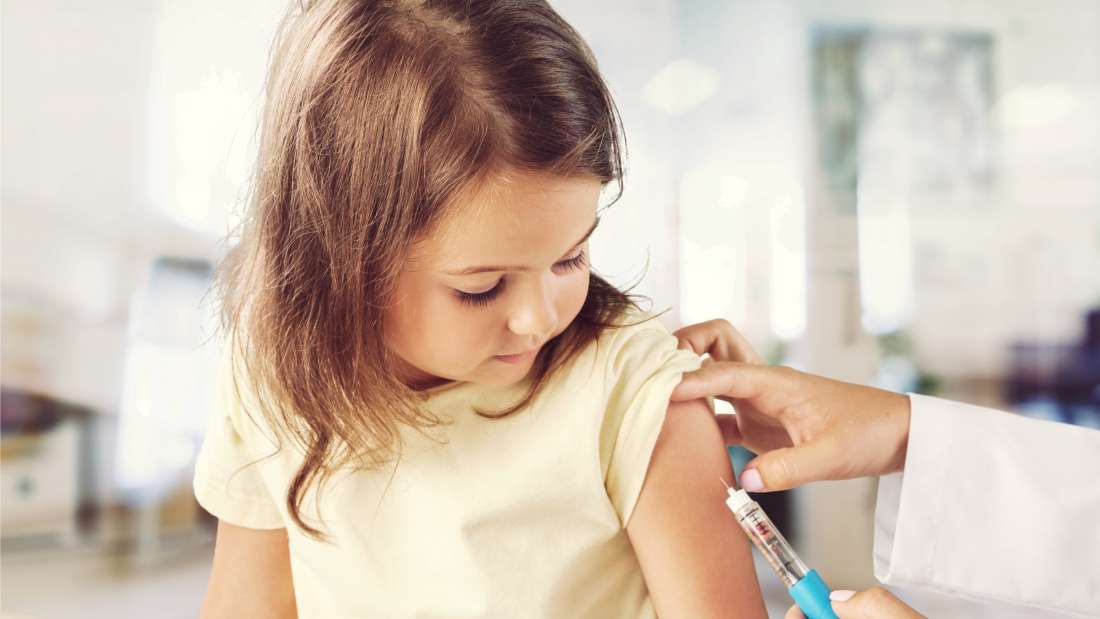 Vaccinations are a common internet topic. To hazard a guess, they’re probably brought up almost as much as the (ahem) prospect of a flat earth, and there always seems to be someone pushing discredited theories about the risks of vaccinations despite science validating their safety and success time and time again. Now, in a bid to inoculate its people from the contagious stupidity of online anti-vaxxers, the Ozzy government has passed laws that will repeatedly fine people who don’t vaccinate.

We generally try not to get too bloody political here at Ozzy Man Reviews, but you really have to say that when it comes to vaccinations, the Ozzy Government is not f**king about. A while back, they passed a law that said parents who didn’t vaccinate their kids couldn’t access childcare centres. Recent statistics show that apart from a few drum-circles of belligerent refusers and misguided mum’s groups of defiant objectors, vaccination rates have climbed across the country since the laws were passed. 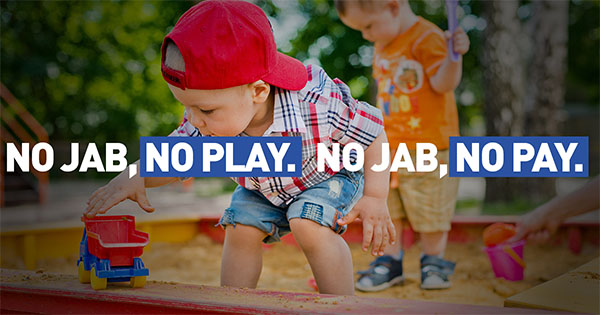 Bolstered by that, they’re now taking the next logical step: parents who haven’t vaccinated their little cherubs will be hit in the hip pocket and they’ll be fined about twenty-five Ozzy dollar-doos every fortnight that their progeny’s vaccinations are behind schedule. That’s about twenty US bucks a fortnight. 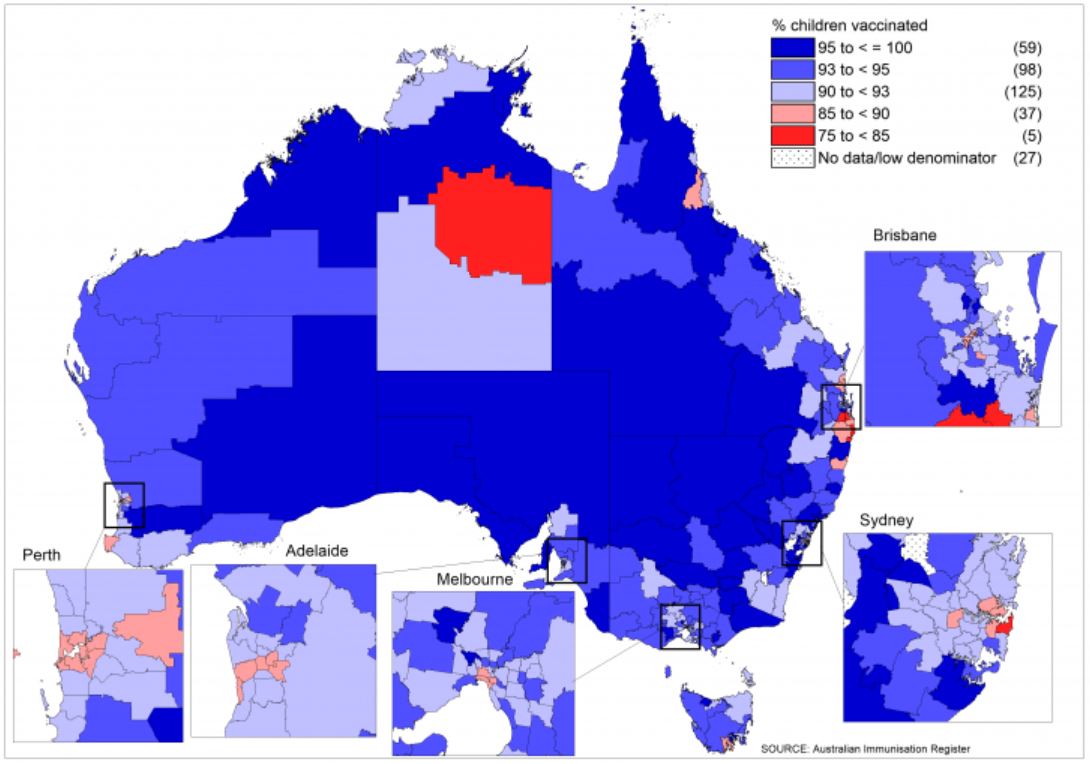 A map showing exactly where the unvaccinated kids aged 5 and under are. Credit: NCIRS

Obviously, there are a few extra levels of complexity to this, but we’re not going to go into those here. You probably shouldn’t be relying on our esteemed site for your accurate and up to the minute news (although, we’re probably as bloody journalistic as anything owned by Murdoch), but the basic principle is clear – the Ozzy government reckons vaccinations are pretty important and they’re trying to ensure they happen.

And now, to preach a little bit: those fore-mentioned drum circles and mum’s groups who are still resisting the urge to use their common sense and vaccinate their little buggers are putting other people at risk. 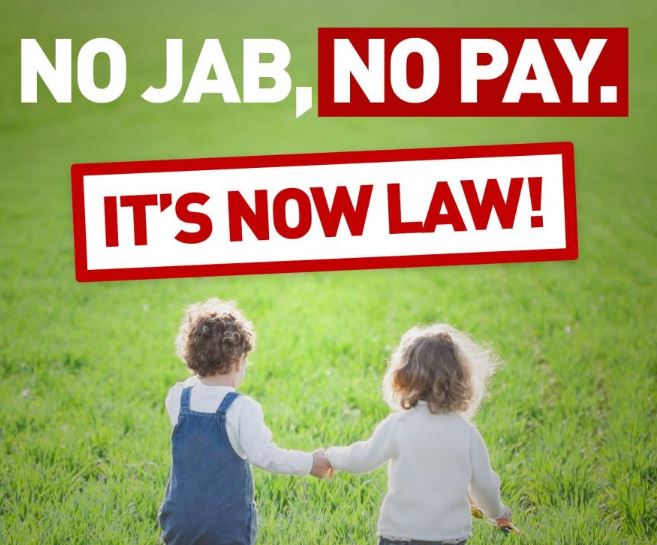 Final thought: It’s never really nice to be overgoverned or to force people to do things, but it has to be said that the government are bang on the money here. Most people want a disease-free community, and initiatives like this will help make that happen. If you are an anti-vaxxer, or you’re scared about vaccinating your little angel, research and read peer-reviewed and academic papers on the topic. We’re not saying your yoga teacher’s blog is all bad, but you probably need an expert opinion on this one!

Parents who refuse to immunise their children will begin paying for the choice from today. The government will slash fortnightly family payments by $28 per un-vaccinated child as part of their no jab, no pay policy.#7News pic.twitter.com/9VnbOnwuYX