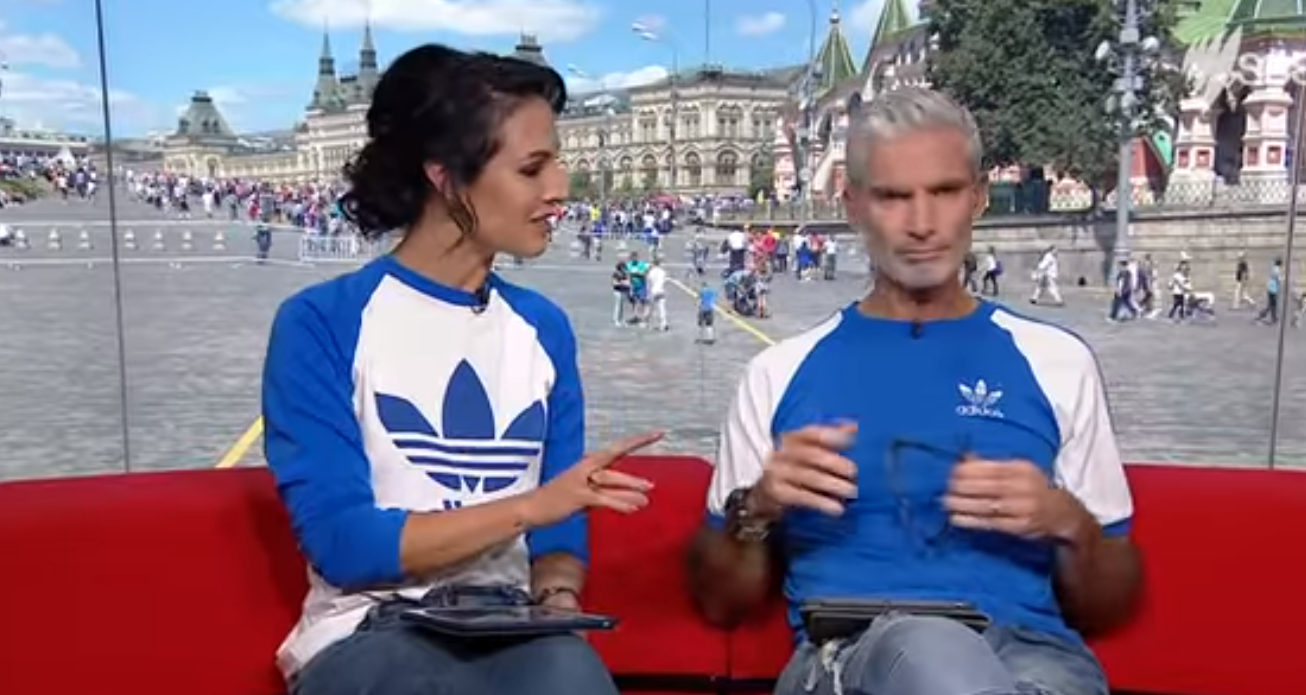 The World Cup has been a blinder so far. We have had the typical argy-bargy between the top dogs; a bit of mid-pitch meat comparison if you will. But we have also been subjected to some typical Aussie keyboard warriorship, the type that should probably be left at home, or at least directed at a poor defenseless nation that we needed to beat to make the round of 16!The target of the attacks is none other than the well-poised and polished SBS World Game anchor, Lucy Zelic. We have the report right here.

So why has young Luce been copping so much flack? Zelic has been hosting the World game since the days of Les Murray. And just like the legendary silver fox, she carries on his legacy of dedicated attention to detail in the realm of pronunciation.

In a world sport that is a minefield for that sort of thing, you would think you’d need a second tongue just to get around the European names! Not only does the experienced journalist and Miss Universe Australia finalist handle the names perfectly, she doesn’t even break stride! “Now give us one with a big cheezy!” Credit: Junkee

But drongos on Twitter with nothing to do and half a brain-cell per family have decided to come out swinging at Zelic, criticising her for overdoing it.

They have described her over-dexterous tongue as “annoying” and “insufferable” with one asking her to “just stop”. It’s not the first time the 31-year-old has copped it on Twitter for no good reason. Back at the Brazil World Cup, the terms “ugly bimbo” and “stupid f***ing slut” were used by ‘cultured’ social media users to describe the woman smart and talented enough to be sitting on that side of the camera. As part of their coverage, Craig Foster and Zelic led a stand against this childish and mindless behaviour, standing up for their integrity and upholding Big Les’ legacy. “Les was always very specific about his pronunciations. If you can’t get someone’s name right, it says you have no regard, you haven’t tried,” says Fos. And damn straight! So to Lucy and Fos, we say a big bloody good on ya! It takes guts to come out and stand up for yourselves in front of a national audience and these two did a sterling job of it.

Check out their awesome work on the player just down there ay.