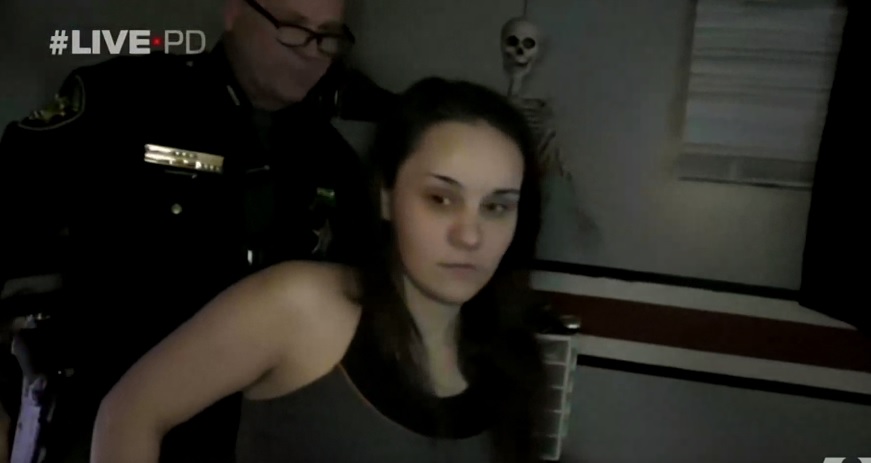 The exhilaration of a good tug is something that gets well-worn with practice. Back in the day, after school before Mum came home, you’d always have one ear listening out for the jangling of keys in the front door. Sadly, with age, we have our wits about us a bit more so the thrill of being caught just doesn’t cut the mustard the way it used to. But how about wondering when the cops are going to roll through the front door? Now you’re talkin’!

For 23-year-old Storm Wisener, the reality of her chickens coming home to roost came at a fairly inopportune moment.

Officers served out a warrant for her arrest as part of the critically acclaimed ‘Live PD’ TV show. It’s pretty much a rip off of ‘Cops’ but has some corker moments! The officers caught up with Stormy, just as she was settling in for a nice shuffle of the old knuckle. 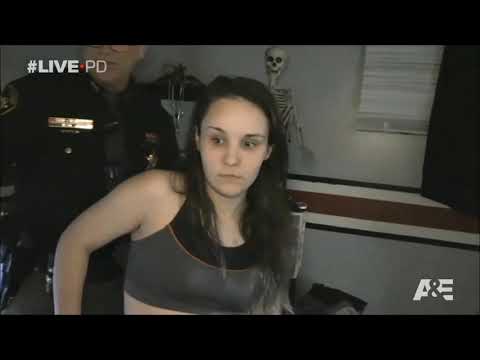 The young wild child had actually robbed a sex shop in previous days, nicking about $300 from the manager’s safe and presumably a few DVDs as well. Just when she was settling in to enjoy a bit of her booty, the cops came in to serve out the arrest warrant. She seems to be pretty cooperative, giving police the information they need as well as leading them inside to her bedroom. 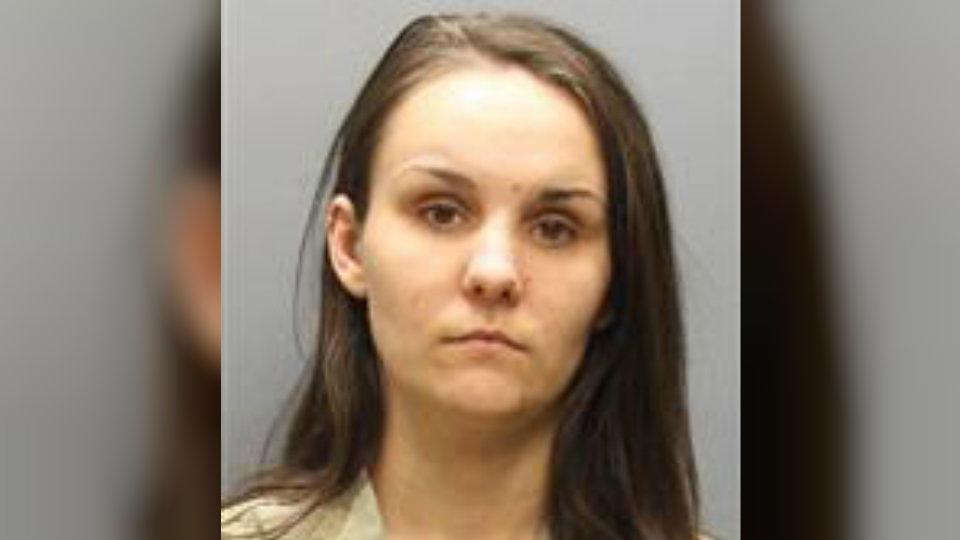 The cops have to lead her away before they all lose it completely.

A bit later on, the cop told the program: 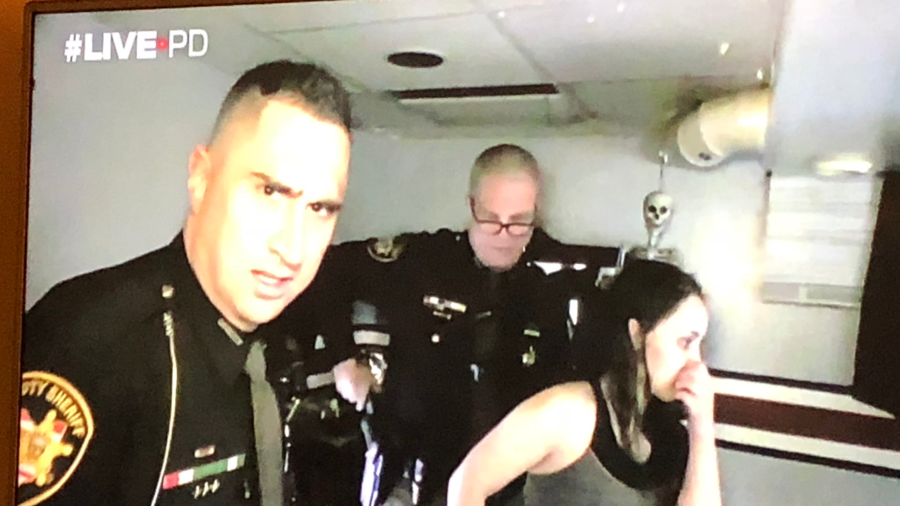 May as well have me fists taped up! Credit: RT.com

“Sometimes you just have to laugh! Job well-done boys.”

Check out the clip here and while you’re at it, check out this pearler of d*ckheads celebrating too early!