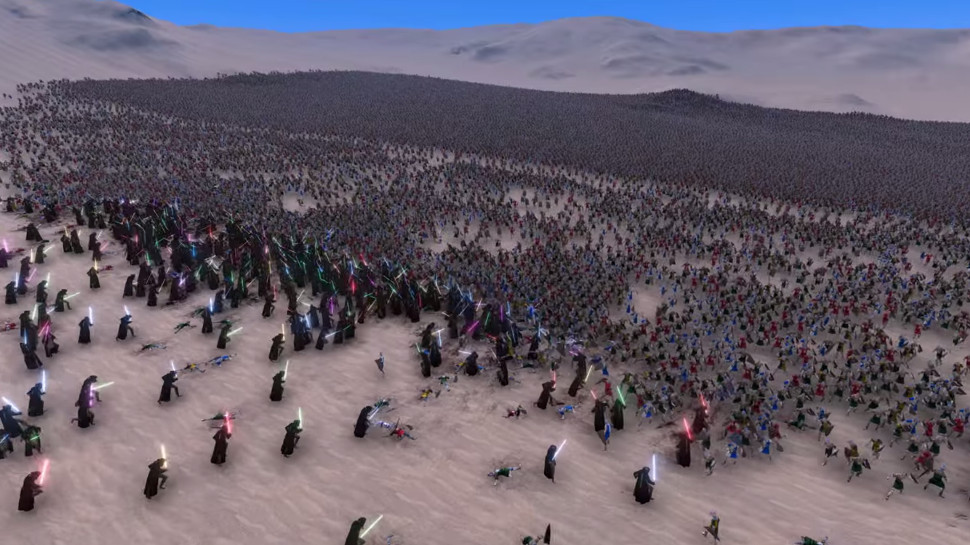 If you have half an hour to waste. What better way to spend than with a foray into the little-known world of Ultimate Epic Battle Simulator (UEBS). This is a platform designed for Steam systems that enables users to simulate battles between armies throughout history. With new breeds of soldier added all the time, UEBS looks like it could be a creative way to determine an outcome between Mayweather and McGregor.

To give examples of the imaginative potential of the platform, users can use UEBS to create fights between Roman Legionnaires and WWII Infantry, a penguin army vs, an army of Santas or a giant chicken vs a million Spartans. I’d think they’d be eating the dirty bird that night!

There’s that classic question of whether you’d fight 10 duck sized men or 1 man-sized duck – now we may get an insight into the correct answer! This is reminiscent of Animal Planet’s series from about a decade ago Animal Face Off, which saw lions pitted against tigers, sharks taking on crocodiles and gorillas taking on leopards. It was f*cking awesome. Youtuber, SergiuHellDragoonHQ, has used the simulator to create a now-classic matchup between 60,000 medieval foot soldiers and 300 lightsaber-wielding Jedi. In a one-on-one duel, the outcome is pretty simple. In fact, in a lead-up simulation, a Jedi is able to successfully take on 50 medieval losing only two-thirds of his life juice. But in a severe imbalance of foot-soldiers to Jedi, SergiuHellDragoonHQ created a battle between 60,000 foot-soldiers on a mere 300 Jedi. That means that each Jedi would have to take out 200 soldiers – 4 times that of the trial run! Watch the below video to be mesmerised by the sweeping of Jedi blades and the clashing of sword on metal. We know that 300 Spartans were able to hold off the Persians at the battle of Thermopylae, but how will the Jedi go in the open field?