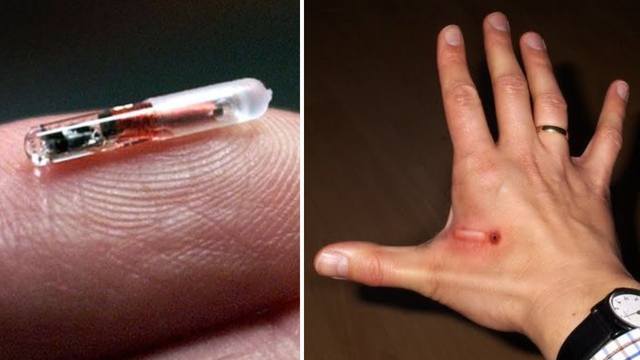 They’ve been talking about it for years but now microchipping humans has spread to the workforce. In a world first, United States company Three Square Market has offered the option for microchips to be implanted into employees’ bodies. The chips will replace the employees’ need to carry swipe cards with them as they go about their daily duties at work. Currently, employees are required to swipe through security checkpoints, open certain doors and charge items in the canteen to their accounts. The microchips will replace all this and more, by allowing employees to unlock their computers and copy machines with ease.

Inserted under the skin between the thumb and forefinger, the chips fun on RFID technology are have been classified as safe for use in humans since 2004. The chips use the same technology as PayPass or PayWave and are encrypted the same way to protect against identity fraud.

Employees who don’t like the idea of the chips being inserted into them, the Three Square Market is offering the option of a smart ring or smart bracelet which does the same thing.

Three Square Market has developed the technology in partnership with Swedish company Biohax. They have publicly stated that they are focused on privacy & integrity, ethical development and sustainability. The chip is about the size of a grain of rice and can be removed in a similar fashion to a splinter if the employee is fired or terminates their employment.

This is so exciting for folks who get off on implantable technology. For the rest of us, let’s just grab a nice cold pint and see how it all pans out. I reckon the jury is still out as to whether or not it’s a utopian or dystopian development in the world…

WATCH THE STORY ON THE PLAYER BELOW