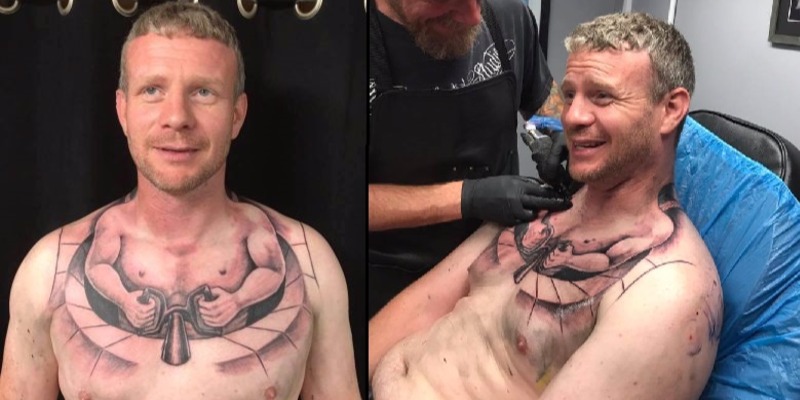 You only have to Google image-search ‘regrettable tattoos’ to get a glimpse into what some people put on their bodies! Whether these are drunken mistakes, or merely ‘seemed like a good idea at the time’, the results are fairly permanent.

The laser tattoo removal process is no picnic either with many people saying it’s a hell of a lot more painful than the initial inking!

But the piece that Kenny Ollerenshaw had drawn on his body is no mistake. In fact, both he and his family love it! Going viral after just one sitting, Kenny’s chest tattoo is a bit of a mind-bender to start with. But once you get a good look at it for a while, it can be seen that the tattoo makes Kenny look like a tiny man with a big head driving a spaceship! 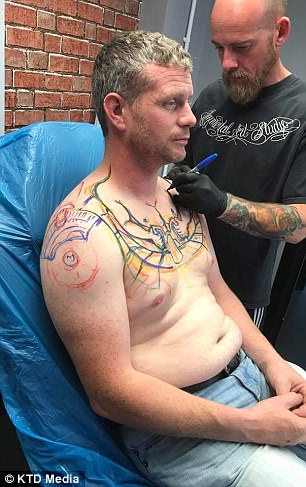 Some speculate that the tiny man is, in fact, driving Kenny’s body.

A truck driver by trade, Kenny’s piece seems to be a homage to his job which typically involves long hours and probably a fair bit of time to contemplate life. He describes the piece as ‘interactive’ as it moves with his torso. Some creative pectoral manipulation may even result in the tiny man moving the steering wheel. 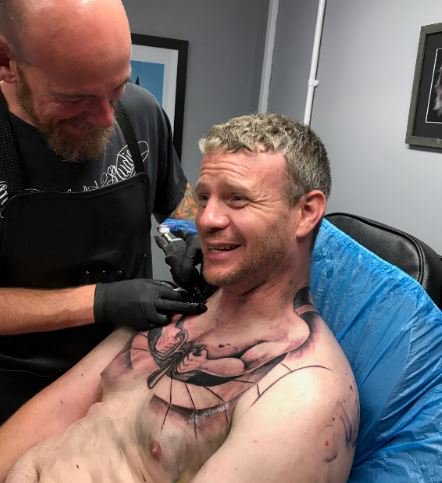 The tattooist responsible for the artwork, Richard Batey jumped at the chance to undertake such a fun and unique project. Having had experience around cars before, Batey felt he was a great candidate to be the artist due to his mechanical reasoning skills. Images of the piece uploaded by Kenny’s son have gone viral and divided the internet as to whether it’s stupid or funny. Kenny doesn’t give a rat’s toss bag though. He is under the impression that if they don’t like it, it’s their business. They don’t have to wear it, and he loves it which is all the matters. The best part it, it’s not even finished yet! The internet holds its breath for the final result!