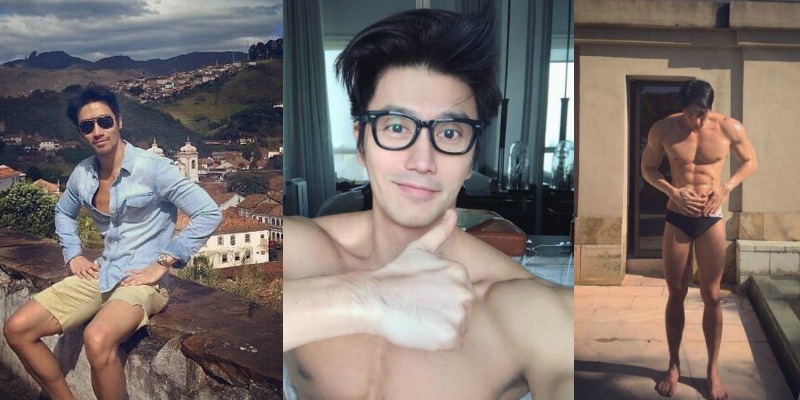 The Internet Can’t Believe How Old This Guy Actually Is

The internet is going wild for a young man who has risen to fame thanks to his ripped up body coupled with a bit of a nerdy look. Well, ‘young at heart’ is probably more accurate!

Meet ChuanDo Tan. This bloke has a really friendly smile and seems to know how to have a good time both off and on camera. A photographer and a male model, Mr Tan lives a life many would dream of as he gallivants around the world shooting and being shot in the company of beautiful people.

ChuanDo may have the boyish good looks that many of us would give our left nut for, but he’s a fair way from boyhood – the bloke’s 50!

Even though there is a big push towards more regular exercise for all humans these days, most of us will look like a puddle of warm custard by the time we reach half a century in age.

However this bloke seems to have guzzled a whole flagon of the elixir of youth. Not a wrinkle in sight, hair is still thick and probably doesn’t have to get up to have a slash in the middle of the night.

The only giveaway about his age is a bit of salt and pepper in the old facial hair. But other than that the bloke looks 25-30 tops. He definitely wouldn’t look out of place at a Stereosonic or Coachella festival, that’s for sure!

The star has over 209,000 followers on Instagram (@chuando_chuandoandfrey) and was one of the most in-demand models back in the 1980’s! He had a brief stint as a Mandarin pop star.

So what’s his secret?

Mr Tan credits his youthfulness with eating chicken breast meat every day, not bathing too early or too late, and prioritising sleep. He tries not to have late nights and works out 4 times per week. Definitely no f*cken Vegemite Four and Twenty Meat Pies or beers with the boys every weekend.