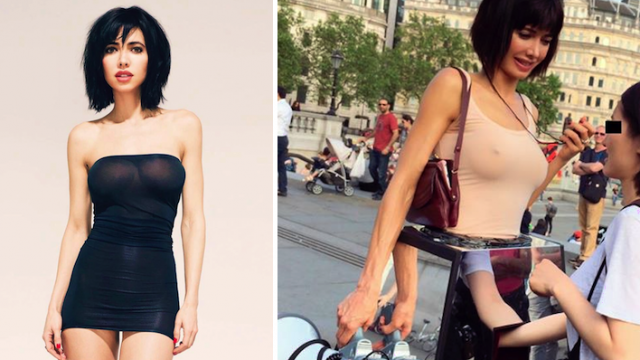 What is art? Is it a painting that shreds itself or is it a Swiss psychologist, conceptual artist and model allowing strangers to touch her private parts in public? It’s not an easy definition by any means, but if you do think the Swiss psychologist might be on to something, you may have seen a video she posted to her YouTube Channel back in the day. If you haven’t, check it out again down below…

So, Milo Moiré is quite clearly a little bit controversial. She has a history of stunts like this and as you can reasonably expect, she’s found herself on the wrong side of the law for it in the past. In 2014, she rode a bus to Brasil, naked, with the names of items of clothing marked on her body in paint and in Cologne, Germany, she even expelled paint filled eggs from her vagina onto a canvas in order to create an abstract work of art. 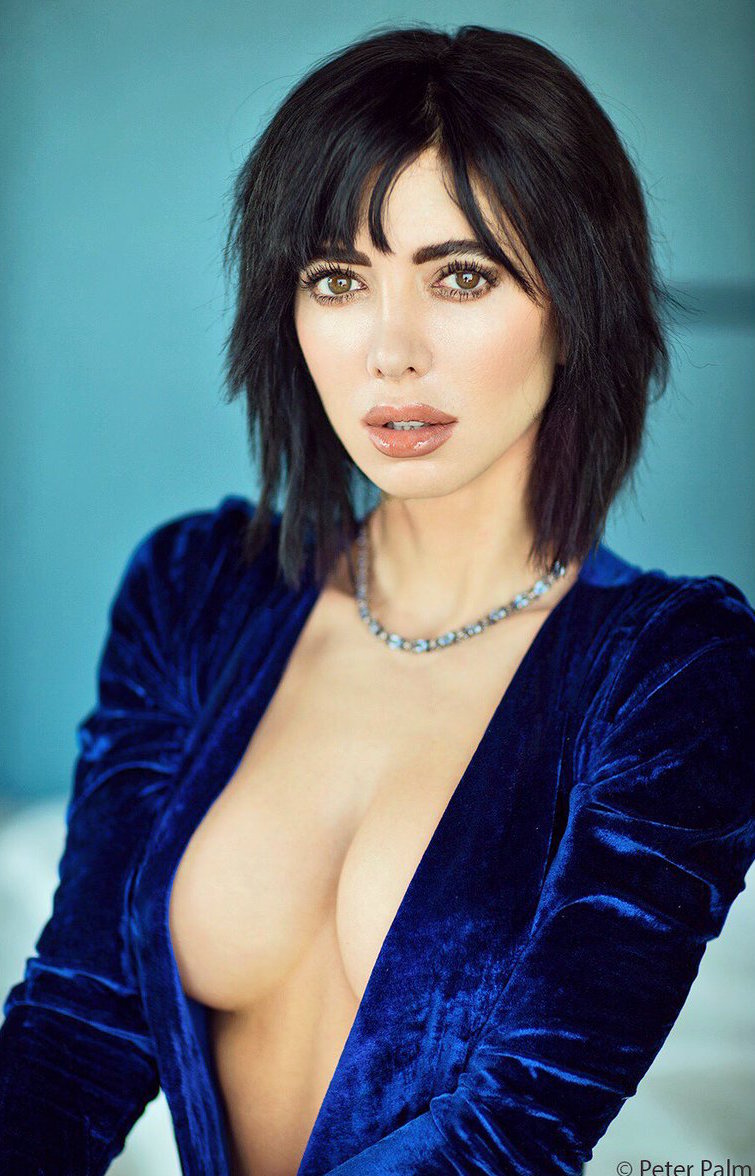 She described the video of her ‘Mirror Box’ performance like so…

“Milo Moiré’s performance “Mirror Box” is a societal reflection of human sexuality. It’s a expanded reenactment of the “Tap and Touch Cinema” (1968) and a homage to the Austrian artist VALIE EXPORT, who was already fighting for women’s rights in the 1960s through artistic actions. Artist Milo Moiré utilises her body as an instrument, even as a weapon, in order to depict and disrupt power structures. She aggressively seeks the feminine expression of sexual self-determination and explores the boundaries of art and bourgeois morality.

Performance artist Milo Moiré wears a trapezoidal skirt made up of mirrored surfaces; a rectangular opening at the front is closed off by a red curtain. With a megaphone she invites passers-by to reach into the opening for 30 seconds, in order to touch her vagina. “I am standing here today for women’s rights and sexual self-determination. Women have a sexuality, just like men have one. However, women decide for themselves when and how they want to be touched and when they don’t”, declared the artist. 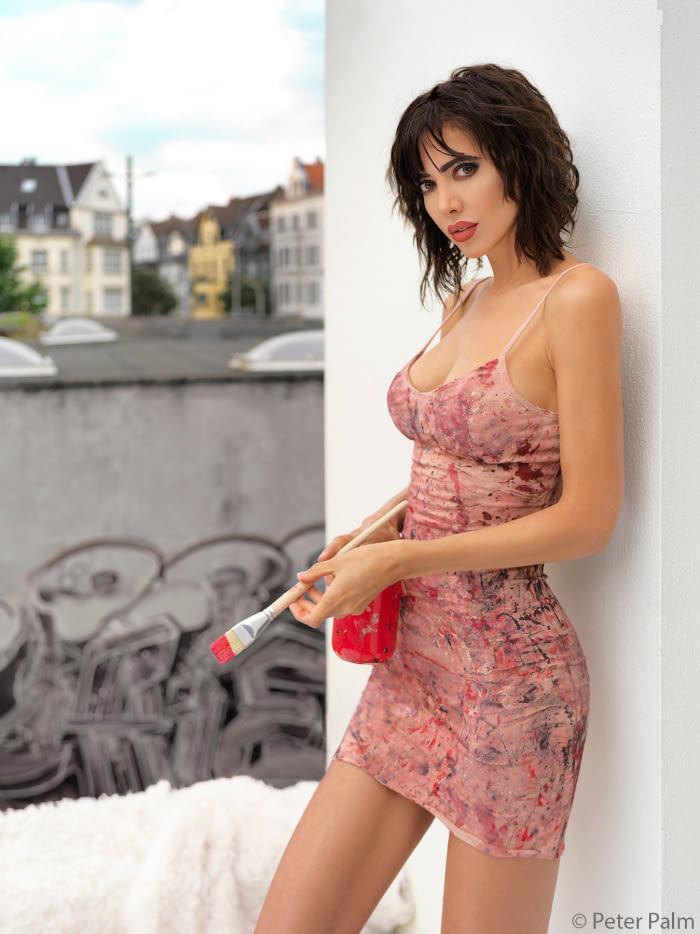 What happens when a woman puts her sexuality on public display, assertively takes the initiative and lays out clear rules for the intimate interaction?

The consensual nature of sexual acts becomes a symbol here. Moiré has additionally taken the liberty of showing female desire, thus giving women a sexual voice. The artist supplements the dominant image of the female body as a mirror of male desire through the transparency of the libidinous black box of woman.

Inevitably it is not only one’s own self that becomes recognisable through the Mirror Box. The audience’s reflection on the mirrored box simultaneously becomes a visual metaphor for the role reversal from voyeur to the object of view: a constant play of inversions analogous to our roles in the digital world.” 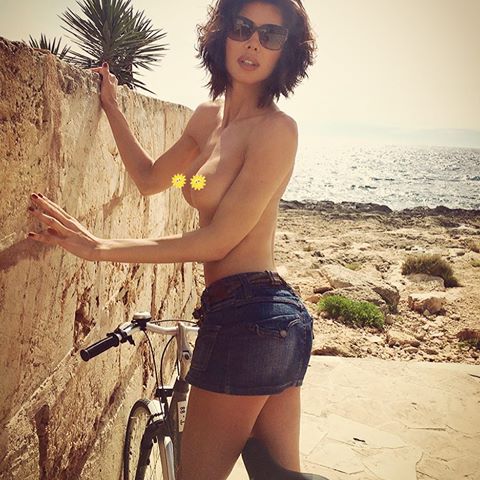 The below video – which the artist said was in homage to Valie Export’s 1960’s nudist work of art – was shot in Amsterdam, London, and Düsseldorf. In London, she was arrested and made to pay a 1,300 Euro fine.