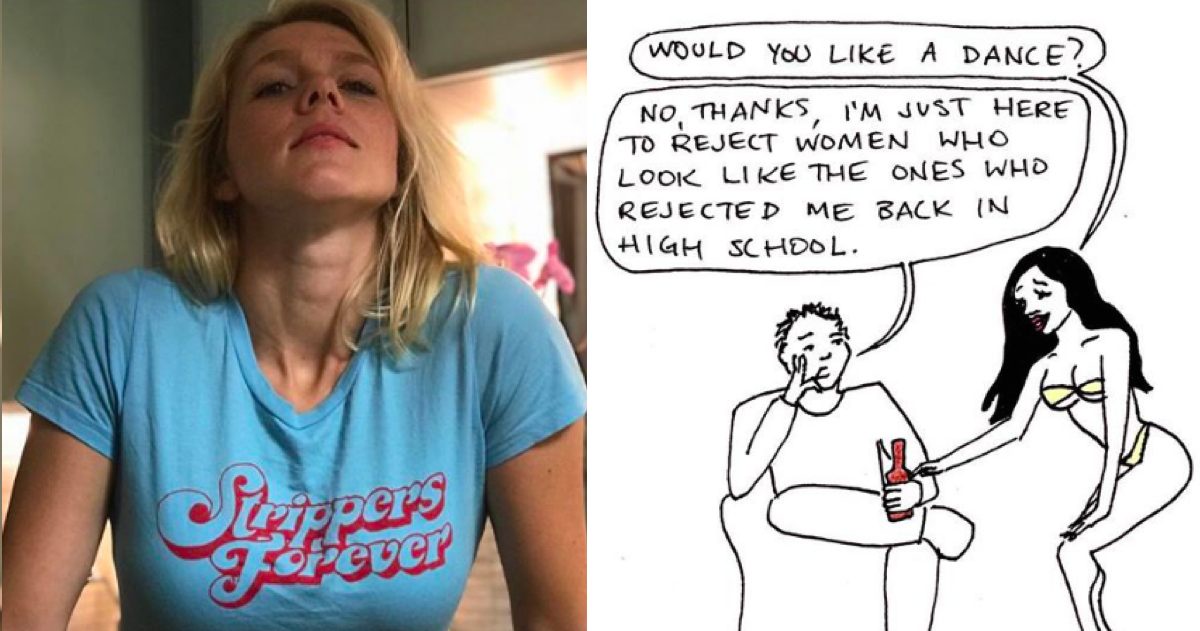 Stripper draws comics about her life at work

Strippers have a pretty shonky reputation. According to the movies, they’re often junkies, desperate for a quick buck, or suffering from severe mental issues. One woman who wants to shine a light on what life at work is really like for strippers is Jacq the Stripper. Aside from having a cool name, she’s also an artist. Her latest comic book STRIPTASTIC reveals the side of strippers that we don’t often get to see. The side that rocks up to work every day and treats the job for what it is…a job.

It must be hard work being a stripper. Standing around, shaking your tatas for drunk men in a dark room might sound glamorous, but have you ever considered that the girls on the job probably have to deal with similar things to you when they’re not on the pole?

Tag your slut sister who showed you that life is less expensive when you’re sporting a camel toe ?‍♀️

Maybe their alarm didn’t go off in time, maybe they had a major wardrobe dilemma, maybe they just don’t get on with another worker. On the flipside of that, just as you probably pal around your with your co-workers, Jacq the Stripper shows that they do that too. And after all, there are probably numerous opportunities for bonding.

NYC: the first ever legit sex worker town hall is on Saturday and we need you to be there. Follow @survivorsagainstsesta to RSVP and learn more about how you can help #stopsesta

I mean, have you ever had to let a colleague know there’s something not quite right about their uniform – like a tampon hanging out? Have you ever had someone repeat myths about your work to you – without even asking you if they’re true?

There’s also the idea that many men seem to want to use the strippers as their shrinks. Finally, one of the things that seems to be a bugbear for Jacq the Stripper is feminists who sound off on the nature of the sex industry without actually considering the people who work in it.

Have a look at Jacq’s work, and next time you’re commenting on the nature of the industry have a think about it…

Fellowship is cheaper than therapy

Once you’re done, check out Ozzy’s latest video – a preview of The Meg!